Thich Nhat Hanh, still in coma, is recalled across the globe

As Christmas and the New Year approach, and the darkest days come and pass, many people across the world continue to hold Thich Nhat Hanh (Thay) in their hearts. The latest update from Plum Village, sent out last week, tells us that he is still in a coma but showing signs of wakefulness. The update continues, “There have been times when Thay had his eyes open for more than two hours, and is responsive, but he is not yet showing clear signs of communication.” While all hope and energy is committed to ensuring Thay’s recovery, thoughts for some have turned toward the eventuality of the 88 year-old’s death. In a poignant commentary on his life and legacy, Buddhist Door editorial staff writes:

Plum Village is hopefully finding ways to creatively build on Thay’s immense philosophical bequest: the greatest danger to a movement as vibrant and adaptable as Engaged Buddhism is being paralyzed by its founder’s legacy. For the sake of both those inside and outside their communities, Plum Village has probably begun to envision what a world without its founder would look like. A spiritual, intellectual, and pastoral titan of Western Buddhism, the last few decades have been nothing less than the era of Thich Nhat Hanh—in Thomas Merton’s words, “the Zen monk who sees beyond life and death.”

In the same commentary they write that, “Centuries from now, he may well be remembered as a monk whose role in transmitting Buddhism to different regions of the world and successfully adapting it to local needs was as important as that of the Central Asian and Indian translators and their Chinese collaborators in imperial China.” Indeed, his transformative effect on humanity itself may also be the topic of such discussion, as his work has won him not only deeply devout followers around the world, but also a broader circle of admirers among fellow workers for peace and justice. Most notable among these was Rev. Dr. Martin Luther King Jr., who said of him:

I do not personally know of anyone more worthy of the Nobel Peace Prize than this gentle Buddhist monk from Vietnam.

This would be a notably auspicious year [1967] for you to bestow your Prize on the Venerable Nhat Hanh. Here is an apostle of peace and non-violence, cruelly separated from his own people while they are oppressed by a vicious war which has grown to threaten the sanity and security of the entire world.

Because no honor is more respected than the Nobel Peace Prize, conferring the Prize on Nhat Hanh would itself be a most generous act of peace. It would remind all nations that men of good will stand ready to lead warring elements out of an abyss of hatred and destruction. It would re-awaken men to the teaching of beauty and love found in peace. It would help to revive hopes for a new order of justice and harmony.

But this, of course, was in the past, and what comes in the future for Thay is completely unknown. Gary Gach, writing here at Patheos earlier this month, brings us to Thay’s life and legacy in the here and now:

Earlier this year, Venerable Thich Nhat Hanh accepted an invitation from His Holiness Pope Francis to visit the Vatican, in support of a global initiative to end slavery. Having experienced a severe brain hemorrhage since the invitation, a delegation of twenty-two monks and nuns of his core community are in Rome today, realizing his wish.

Many heroes are active this very moment. Visible and invisible. Known and anonymous. Actually, we all encounter heroes every day, over the phone, on the street, at the grocery store, on the bus, everywhere. Yet, some human beings live with such intensity of meaning and nobility, they elevate all who come in contact with their presence. Venerable Thich Nhat Hanh is such a human being in my life. Maybe yours, too.

Venerable Thich Nhat Hanh’s 2014 accomplishments include a retranslation of the Heart Sutra, Buddhism’s pithiest nondualist teaching. Earlier, this summer, he led a summer retreat dedicated to the topic “What happens when we die?” (Hint: what happens when we live?) But I cannot separate any one year’s contributions from his immeasurable living legacy—pacifism, engaged Buddhism, interfaith, mindfulness, poetry, and more. Please note, these aren’t separate, like ice cubes in a tray, but, rather, all coined from a common ore.

Shortly after that, tricycle posted an excerpt from Thich Nhat Hanh’s forthcoming book Silence: The Power of Quiet in a World Full of Noise. The excerpt, and no doubt the book, is worth reading in full, but what caught me was the further exhortation to return to the present:

This brought me back nearly 15 years to my first retreat. It was winter in Montana, and Bodhipaksa and Alan Sponberg (Saramati) of the Triratna Buddhist Order had taken a group of young university students for three days in the woods far from town. I went on several such retreats over the years, so my memories of them might mix and mingle, as memories do, but I recall a walking meditation where we used this mantra, shortened to:

The mantra had the effect of bringing such enormous depth to the meditation that I can recall parts of it today as if I were still there. It was freezing cold, for one thing. I was bundled up in my good Montana clothes and had a blanket draped over my shoulders and I can remember how cold my toes got, even as my attention flowed with each step: cold air in through the nose to the belly, extending the leg, “in”, slowly releasing the air, foot coming down and the crunch of snow, “out”… I remember that Bodhipaksa was out with his camera for the meditation, snapping pics for a possible upcoming book or for his Wildmind meditation website, which was then just getting started.

The mantra stuck with me, and I know I used it frequently in my meditations over the years. I used it when I was running my first half-marathon in 2007. I also used it to help frame my discussion of mental illness for a post here in 2013. And in 2009, on a retreat with one of Thay’s students, I was given the Dharma name, “Sublime Dwelling of the Source,” linking me, in the complex and tangled way that only lineage and tradition can, again to the past through the life and works of Thich Nhat Hanh.

Some might misconstrue and misuse the mantra to promote excessive passivity in life, but the purpose is to ‘regain’ one’s balance in a life out of balance, to gain that moment of silence, as Thay’s book suggests, in a world of noise. When we have our balance, we then go forward in a sane and healthy manner, whether we’re running a half-marathon, writing about a difficult subject, or – as some of my Buddhist friends in the U.S. are now – protesting societal injustice.

At this moment, the mantra brings me back to my noisy little corner of Bodhgaya and the end of a tough but rewarding semester of teaching, my full belly (today was spaghetti day for lunch at the Vihar), and my gratitude for the first real stretch of free time I’ve had in ages – gratitude also, of course, to Thay, to this teaching, to all of the people between him and me and those beyond who have kept the spirit of the teachings alive. December really is gorgeous here, as the oppressive Indian heat gives way to cool, dry days and crisp nights. The town has been abuzz with monlams (Tibetan prayer festivals), Western tourists, and celebrity teachers can be seen most days at the Mahabodhi Temple and out at the Be Happy Cafe in the evenings.

Where ever the mantra brings you, I hope it is a place of gratitude and balance and calm. 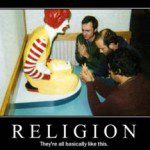 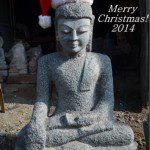