Just over a year ago, in “Buddhism dominates Western States behind Christianity,” I wrote about the maps created by the ASARB (Association of Statisticians of American Religious Bodies). Those maps painted a dramatic sea of saffron across the Western United States, indicating that Buddhism was the largest religion behind Christianity in Hawaii, Alaska, Washington, Oregon, California, Nevada, Idaho, Montana, Utah, Colorado, New Mexico, Kansas, and Oklahoma.

That map was made based on data collected about religious attendance. A friend and fellow religion scholar remarked to me that this is a major problem for counting religious adherents, such as Jews, who he thought were most certainly more numerous in Florida than Muslims, Jews just being much less likely to attend their local Synagogue.

On the blog post itself, two commenters also put forth good reasons to be suspicious of the map and other attempts to gather and visualize data on Buddhism and other religions in America today. Amod Lele wrote:

Note the first map doesn’t necessarily indicate where Buddhists are most prevalent, just where anything OTHER than Buddhism or Christianity is LEAST prevalent. The following maps [referring to maps breaking down Buddhist adherents by county] show plenty of Buddhists in the Northeast and in Florida, they’re just outnumbered by Jews and Muslims here, as they are not on the West Coast.

The Pew Forum on Religion in Public Life’s 2008 Religious Landscape Survey (http://religions.pewforum.org/… had pretty wonky numbers on Buddhism, claiming 0.7% of American adults are Buddhist—with 3 in 4 of those converts, and only 1 in 3 Asian. It doesn’t take a statistician to know that’s off. The problem was they only surveyed in English and Spanish—not Thai, Vietnamese, Chinese, Laotian, Cambodian, Tibetan, etc.

Their 2012 report Asian Americans: A Mosaic of Faith (http://www.pewforum.org/2012/0… corrected a lot of the problems in the earlier Religious Landscape Survey. It found about 14% of Asian-American adults are Buddhist, or about 1- to 1.3% of the total adult population.

I say all that simply to say I wonder how much the surveys you mention above are thrown off by the language(s) in which the survey was done. Looking at the 2010 census’s methods section for Buddhism (http://www.rcms2010.org/images…, for example, it’s not clear that they did any surveys in Asian languages.

Joshua’s point is particularly apropos as the latest “mapping” of religion in America is based on bilingual polling, meaning that it will fail to count individuals who do not speak English or Spanish. This new project, the American Values Atlas tool, has been launched by the Public Religion Research Institute and covered this week by Niraj Chokshi in The Washington Post. The polling also focused on a different way of counting adherents: by self-description.

In blank states less than half of one percent of those surveyed identified as Buddhist. So, returning to Amod’s comment, a state like Montana might have Buddhism as its largest non-Christian religion and thus appear in the sea of saffron above, but still have a tiny, tiny number of Buddhists. Likewise, many of the Northeastern states that do have larger Buddhist communities will show up here, while they were overshadowed by Jews and Muslims in last year’s map.

The new map may come as a bit of a let-down for Buddhists who had hoped their religion was booming in America. Or it may come as a welcome surprise, especially to those living in Delaware, which apparently has the second largest (by percentage) population of Buddhists in the US. As I discussed in the post last year, counting Buddhists in the West is tricky at best and downright contentious at worst.

The more interesting map for me in this latest study was of the one showing states where the “unaffiliated” (a.k.a. “nones“) were the most dominant religious group. Ah, there’s Montana, alongside 14 other states where the person on the street is most likely to self-identify as having no religious affiliation at all.

But even this map falls prey to Amod’s criticism. Kansas, for instance, is 24% unaffiliated; more than Ohio or Virginia, but it doesn’t show up at all because it is overshadowed by White Evangelical Protestants (26%).

Like a lot of tools, it’s best to recognize the potential shortcomings of the maps at the Washington Post and likely soon across media platforms. However, as with the other data, it will be helpful over time to pick out trends. As Robert P. Jones, CEO of the nonpartisan Public Religion Research Institute said, “We have known for some time that America is in the midst of a religious, ethnic and cultural sea change, but until now we have not had a tool to capture these shifts adequately. By updating the American Values Atlas with more than 50,000 interviews each year, we will be able to track the dramatic cultural changes that are underway at this pivotal time in our nation’s history.”

You can see more maps at The Washington Post, “The religious states of America, in 22 maps” and access the data directly yourself at http://ava.publicreligion.org/ 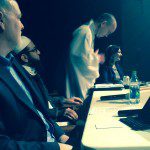 February 27, 2015
“Why am I here?” – a post-event interview with veteran journalist and university teacher, Eileen Flynn
Next Post 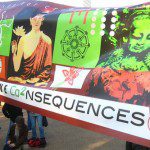