In supporting same-sex marriage, Buddhists are #1 (sort of)

Today the Supreme Court heard arguments about gay marriage, and so, in a timely update on the climate of same-sex marriage acceptance across religions, the Public Religion Research Institute posted an article last week creatively titled Attitudes on Same-sex Marriage by Religious Affiliation and Denominational Family.

The outcome of the study was that, “The most supportive major religious groups are Buddhists (84 percent), Jews (77 percent), and Americans who select “Other religion” (75 percent); additionally, more than three-quarters (77 percent) of the religiously unaffiliated also support same-sex marriage.”

This isn’t terribly surprising for two reasons. First, Buddhism historically has very little to say about marriage as an institution, usually regarding it as a state matter. To sum up a 2012 article I wrote on Buddhism and Gay Marriage, Buddhism’s long history is one of a fair degree of acceptance and, more importantly, cultural malleability. In terms of acceptance, we can take a case from the Vinaya, purportedly recalling events from the Buddha’s life:

However, it’s not always so simple. Pandakas, a complex category that would generally fit in to what we today call ‘intersex’, were barred from entering monastic life throughout most of Buddhist history. And while many Asian cultures appear quite liberal regarding people outside the heteronormative mainstream there are still legal and social barriers to full gender equality (Thailand is discussed here).

The second reason that this isn’t surprising is that the survey, part of the larger “American Values Atlas” was done bilingually (English and Spanish), thus leaving out huge numbers of Asian immigrant Buddhists. This is important because convert (and now second generation) Buddhists in the U.S. tend to bring with them liberal political positions, while many Asian Buddhists — many here after fleeing Communist regimes — hold more conservative views. As a Tricycle article in 2008 explained:

When we look at the wider picture, the chorus of convert Buddhist support for liberals looks less like a religious position, and more like a class and ethnicity one.  Most convert Buddhists already supported a liberal political orientation before they became involved with Buddhism, and convert Buddhism draws heavily from a section of the educated, white, middle-to-upper class demographic that supports liberal candidates regardless of whether the individual believers are Buddhist, Catholic, Protestant, Jewish, or agnostic.  Naturally such people are attracted to elements of Buddhism that seem to resonate with liberal values, but it is worth asking how much of this is an inherent liberal bias within Buddhism, and how much is the process of picking and choosing which selects only compatible parts of Buddhism and leaves aside other, central practices and views that are less supportive of liberal positions.

So, while it’s nice to see Buddhism listed as the “most supportive”, a more inclusive survey might have led to different results.

Another noteworthy part of the survey is one of the smaller groups in the poll, one apparently not worthy of the title “major religions”: Unitarian Universalism (UU). The UU scored a full 10 points higher than the Buddhists (94% in favor of same-sex marriage).

The article does note that the small sample size here should lead one to caution, which is correct. And the UU’s uniting article of faith is, perhaps paradoxically, that religion is a private affair and that each person is responsible for what they believe. Despite that, the Unitarian Universalist Association has a long and powerfully pro-LGBTQ history and equally strong support of marriage equality.

Happily enough, it is a Unitarian Universalist group just behind the SGI Buddhists in the photo above.

So while English and Spanish speaking Buddhists ranked first in the survey, we should remember that the polling missed a significant number of Buddhists, and we should give credit where it is (albeit cautiously also) due, to the Unitarian Universalists. 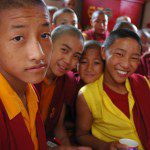 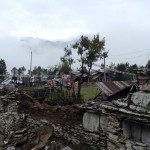 May 4, 2015 An Update from Buddhists working on the ground in Nepal
Recent Comments
3 Comments | Leave a Comment
"I've read that borderline persons have a high sense of fairness and BPD is soooo ..."
steven solomon Borderline Personality Disorder and Buddhism (IV)
"I came across this site by accident, It reminded me of a story about two ..."
quacknduck Tourists: Buddha Tattoos are Taboo; as ..."
"eMudhra Limited is a certified body, licensed by the Government of India. eMudhra operates in ..."
Mycaportal Buddhism: Dzogchen and Mahamudra
"folks hav to learn the local laws wen they invade the space"
Joe Biggs Tourists: Buddha Tattoos are Taboo; as ..."
Browse Our Archives
get the latest updates from
American Buddhist Perspectives
and the Patheos
Buddhist
Channel
POPULAR AT PATHEOS Buddhist
1