An Update from Buddhists working on the ground in Nepal

An Update from Buddhists working on the ground in Nepal May 4, 2015 Justin Whitaker

The situation in Nepal is still desperate. Aid and relief efforts have reached Kathmandu, though more is still needed there and many isolated villages still have seen no supplies or medical help. The Government is ill-prepared for such a disaster and is known for corruption. And while the first reaction of many is to turn to international NGOs, specifically those with disaster training and expertise (see the recent post on 5 ways to help victims of the Nepal earthquake; which has now been shared nearly 15,000 times – thank you all so, so much!), a friend with expertise in Nepal suggested today that larger NGOs may actually have a harder time delivering aid, as they need to go through government channels, while smaller aid organizations can go around them.

A case can, no doubt, be made for this, as well as in the other direction. However, for our current purposes, one such smaller aid group with intimate contact on the ground in Nepal is Lama Phakchok Rinpoche’s Chokgyur Lingpa Foundation, which was included in last week’s contact information for several, first 9, then 12, Buddhist groups working in Nepal. The following is an update from members of the Chokgyur Lingpa Foundation:

On the 29th April, one of our teams travelled up to the Nuwakot district. Urgyen Dorje, one of our monks, is from the Chatrohali village so they headed there to see how they could help. Fortunately they saw that although many houses have been damaged, not too many have been destroyed. Nevertheless, even if their houses are still standing, because they have been damaged they are not safe so many families are living outside. In the near future, they will need to either completely rebuild or repair their houses.

The team was planning to return to Kathmandu that evening, but it started raining and the dirt road soon turned to a stream of mud. Their truck couldn’t travel on the road so they had to stay there overnight. Urgyen Dorje’s family was extremely helpful and hospitable. They put the whole team up, which included Urgyen Dorje, Kebula, nurse Anita, and several others, giving them space in their makeshift shelter, bedding, and food even though they themselves have so little after the disaster.

The villagers are in need of tarpaulins to make shelters. It is a very large village. We distributed food supplies and medicine there. We used half of the medicine during our stay while Anita was treating injured people. We left the remaining half there since there is a resident doctor who will be able to continue treating patients. The following day, 30th April, we returned to the monastery in Kathmandu. We now know that what they need most of all is tarpaulins so will be returning there today, 1st May.

Fortunately they do have enough food for the meantime. Nevertheless, we distributed 1 pack of rice, 1 pack of daal, and 1 pack of salt to each family there. There are around 800 families in Chatrohali, and each family is very large with around 15 members. Another organization has given them 150 sacks of rice.

There is a village called Balami above Chatrohali, which has been much worse hit but is only accessible by foot. Some of the villagers from Balami were able to walk down to Chatrohali and so we gave them sacks of potatoes which they carried up to their village. We are leaving for the area again today, 1st May with a restocked truck. We should be back this evening with more to report.

See their site dedicated to earthquake relief efforts at  earthquakerelief.cglf.org, all photos courtesy of the Chokgyur Lingpa Foundation. 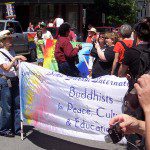 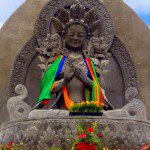 May 10, 2015 Remembering Kindness: Happy (all) Mothers Day
Recent Comments
0 | Leave a Comment
Browse Our Archives
get the latest updates from
American Buddhist Perspectives
and the Patheos
Buddhist
Channel
POPULAR AT PATHEOS Buddhist
1 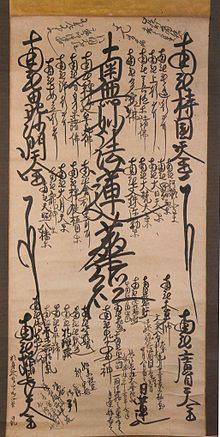