Over the weekend, the Dalai Lama spoke about his prospects for reincarnation, telling the UK’s Sunday Times that he may come back as a “mischievous blonde woman” adding that “then her face must be very attractive” or “nobody pay much attention.”

Got that? The Dalai Lama says if a woman isn’t pretty, no one will pay attention to her. Her looks are her passport to credibility. And no one is screaming of fainting about it.

This on her Catholic Channel blog in a post called “Sexist Dalai Lama gets a Pass; Kirsten Powers Doesn’t.”  Scalia suggests that the Dalai Lama:

In his book Beyond Dogma** , the current Dalai Lama clarifies the Buddhist view: “A sexual act is deemed proper when the couples use the organs intended for sexual intercourse and nothing else . . . homosexuality, whether it is between men or between women, is not improper in itself. What is improper is the use of organs already defined as inappropriate for sexual contact.”

Oy! That tracks so closely to Catholic teaching you’d think he’d be made to pay for it.

But he’s not; he gets the free pass. All he has to do is smile, and wave and not be Catholic, or any manner of orthodox Christian or Jew… [read the full post here]

Scalia clarifies with the ** that current editions of the book no longer say this, and concludes that the “cool kids in the cafeteria keep their ironic silence.”

To clarify for Scalia and any others who may not know, the Dalai Lama has been called to task for his remarks on homosexuality. There is a section detailing his remarks in Damien Keown’s Very Short Introduction to Buddhist Ethics, wherein it is pointed out at the outset that many Buddhist views on sexuality run along similar lines as Christian ones. On the Dalai Lama on homosexuality, we read:

The Dalai Lama pointed out that Buddhist precepts take into account the time, culture, and society in which they originate. For example, monks wore saffron because at the time it was conventional in India for poor people to wear saffron. ‘If homosexuality is part of accepted norms’, he suggested, ‘it is possible that it would be acceptable.’ ‘However’, he went on, ‘no single person or teacher can redefine precepts. I do not have the authority to redeﬁne these precepts since no one can make a unilateral decision or issue a decree.’ He concluded, ‘Such a redeﬁnition can only come out of sangha discussions within the various Buddhist traditions. It is not unprecedented in the history of Buddhism to redeﬁne issues, but it has to be done on the collective level.’ He added that it would be helpful to do more research on the origins of the precepts about sex. (p.64)

In a 1997 article he expressed concern for gay and lesbian people and the desire that they be granted full human rights:

“His Holiness was greatly concerned by reports made available to him regarding violence and discrimination against gay and lesbian people. His Holiness opposes violence and discrimination based on sexual orientation. He urges respect, tolerance, compassion, and the full recognition of human rights for all,” said Office of Tibet spokesman Dawa Tsering.”

As for the ‘very attractive’ quote, I’m left scratching my head. It’s puzzling at the least to read a religious leader saying that “nobody [will] pay much attention” to a female Dalai Lama who is not “very attractive.”

If he was telling a joke, which he often does, then it doesn’t land well.

Some context that might help: “mischievous” might remind us of the 6th Dalai Lama, who, legend has it, often got drunk and snuck out of the Potala Palace to chase girls. His reign was short, he died in his early 20s under somewhat mysterious circumstances, and potentially disastrous for the Tibetan people. Tibetan Buddhists look to the Dalai Lama as an incarnation of the Bodhisattva of Compassion, a wise leader for a people in diaspora. The last thing Tibetans would look forward to in a future Dalai Lama is mischief.

A “blonde” would, most obviously, suggest a rebirth outside the Tibetan community, which would make for the first non-Tibetan Dalai Lama (though a growing number of non-Tibetans have been recognized as reincarnations of other masters).

An “woman” would likewise shock traditionalists, as again there has never been a female Dalai Lama and only a very small number of female reincarnated teachers.

And recall that the Chinese government has claimed that they will choose the next Dalai Lama, effectively taking control of the top two lines of reincarnated teachers for the Gelukpa school of Tibetan Buddhism, so all of this doubtless has them in mind.

As for the rest of what the Dalai Lama said, I’m not sure what to say. Perhaps it was a comment on contemporary superficiality (perhaps he’s been watching Fox News). Perhaps you’d let him off the hook a bit more than we would a Western religious leader, saying he didn’t realize the upset this would cause. Perhaps you’re tired of the internet outrage machine getting up in arms about some new thing each day.

I’ll be interested in hearing what you have to think. So use the comments section for thoughtful discussion and for a quick and easy way to voice your opinion (for clarity’s sake, ‘outrageous’ means you think this was indeed a sexist comment and you’re outraged while ‘overblown’ means you think it’s not such a big deal): 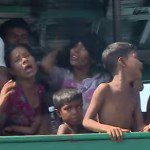 May 19, 2015
U.S. Campaign for Burma calls on Obama to help the Rohingya
Next Post 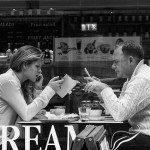 May 21, 2015 Buddhist Ethics for an Age of Technological Change
Recent Comments
22 Comments | Leave a Comment
"eMudhra Limited is a certified body, licensed by the Government of India. eMudhra operates in ..."
Mycaportal Buddhism: Dzogchen and Mahamudra
"folks hav to learn the local laws wen they invade the space"
Joe Biggs Tourists: Buddha Tattoos are Taboo; as ..."
"too polite ..if folks are ignorant of local laws they hav to be brought to ..."
Joe Biggs Tourists: Buddha Tattoos are Taboo; as ..."
"Five years, a rescued street-cat from Texas (by way of Seattle). His trip to Hong ..."
Justin Whitaker Progressive responses to the 2020 election ..."
Browse Our Archives
get the latest from
American Buddhist Perspectives
Sign up for our newsletter
POPULAR AT PATHEOS Buddhist
1