Phenomenology as a doorway into Indian Philosophy

Phenomenology as a doorway into Indian Philosophy May 27, 2015 Justin Whitaker

The Journal of the British Society of Phenomenology has announced a selection of free articles from past issues.

Included, along with heavyweights of the Western phenomenological tradition such as Nancy, Lyotard, Gadamer, Sartre, Warnock, Heidegger and Husserl, is J.N. Mohanty’s “Phenomenology and Indian Philosophy: The Concept of Rationality”, Vol. 19, No. 3, 1988, pp. 269-281. (direct link here)

In the paper Mohanty shows the struggles we face in understanding non-Western philosophies. This was especially interesting following a recent post at The Indian Philosophy Blog on Graham Priest’s discussion of studying Asian philosophy. In his section titled Sketch of a Theory to Overcome Relativism, Mohanty writes:

Let me begin by formulating my general approach against the background of what may be called the problem of relativism. The all too familiar cultural relativist, if he is a Westerner, tells us that the oriental, the Indian or the Chinese, or for that matter, any other “radically different” community does not do “philosophy” in that sense in which the idea of philosophy was originally instituted by the Greeks. “Philosophy”, along with its implied concept of rationality, is typically Western. If the Hindus or the Buddhists did something they today call philosophy, that is not philosophy in the standard Western sense; their concept of rationality is radically different from the Western. What they call “their” “logic” is not “ours”, these “logics” differ not as Aristotelian from that of the Principia Mathematica, but so radically that the same word “logic” can only be used at the risk of equivocation. It is not uncommon to say that the Orientals did not think, that they did not raise their intuitions to the level of “concepts”, that their philosophies are in fact religions (and that their religions are intuitive, aesthetic, not conceptual), and so on and so forth.

Mohanty continues that this approach leads to an epistemological problem, namely: how can we know the worlds of the ‘other’ in this case? His solution is that we must enter into that world or framework ourselves:

Could it be that there are other worlds, other modes of thinking, others in the genuine sense, which are yet accessible to us, not because we all are the same, but because (i) we can also transcend our own ‘worlds’, (ii) our ‘worlds’ however different nevertheless have overlapping contents, and (iii) a common identical world is in the process of being constituted by such overlapping contents and by the reflective process of trying to make sense of each other.

Drawing on Husserl, Mohanty suggests that yes, we can transcend our limited world and peer into the world of another, discovering “overlapping contents” while still “preserving the otherness of the other.”

The paper continues with brief and rough outlines of ways that Indian schools of thought, including Naiyāyikas, Mīmāṃsākas, and Buddhists, have reasoned about a variety of topics including a theory of consciousness, temporality, pramāna, and so on. The range of topics and schools covered opens Mohanty to the criticism commonly leveled at general overviews, but the point that he makes in the article: that Indians did think seriously and indeed philosophically about these topics still stands. As he states in the conclusion:

One point stands out clearly: the Indian philosophies are not philosophies in a sense that is radically different from the sense that was instituted for the Western world by Greek thought. If the idea of pure theory was denied by insisting on the bearing of cognition upon practice, that does not mean – as critics and lovers alike of Indian thought have been prone to insist – that Indian philosophy did not contain theoretical thinking. It was theoretical thinking with an eye on practice-at a certain level, on a possible transformation of life, but, to be sure, without ever sacrificing the rigor of thinking. The Hegelian thesis that Indian thinking remained at the level of immediacy and did not rise to the level of conceptual mediation, is equally wrong. The conceptuality of the Indian philosophies, in its sheer conceptuality, parallels that of Western thought, it never mistook immediacy of experience for thinking. However, the two thought-worlds- the Western and the Indian- intersect and overlap: they are neither coincident nor mutually exclusive. The relativist may so sunder them that it would seem impossible to understand the one from the perspective of the other: I have come to the firm conviction that that is just not the case. The absolutist commits the opposite error: he mistakes the task of understanding as simply being one of translation.

Prescient words as we continue to battle relativism in philosophy departments, as well as a hit of that same insight that Pierre Hadot is now famous for, seeing that early philosophy always “with an eye on practice-at a certain level, on a possible transformation of life….”

(Cross-posted, with minor modifications, at The Indian Philosophy Blog) 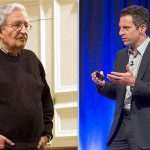 May 26, 2015
All Good Intentions: But does Sam Harris have what it takes to be Buddhist?
Next Post 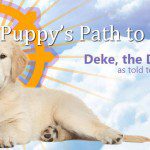 May 31, 2015 From the Dalai Lama's cat to Deke, the Dharma Dog, animals offer the Buddha's teachings
Recent Comments
0 | Leave a Comment
Browse Our Archives
get the latest from
American Buddhist Perspectives
Sign up for our newsletter
POPULAR AT PATHEOS Buddhist
1