As college classes start up this time of year, many people will find themselves debating the merits of this course versus that one, this major versus that. As I’m now going on 15 years as a student of religion and philosophy I might be a bit biased, but for what it’s worth, I still think these two topics (and in particular Buddhism) are the best thing you can study in college. In fact, in this age of adult education programs and online courses, it’s something that you should study even if your college days are well behind you.

So, in the spirit of lists – everyone loves lists! – and borrowing liberally from a post by Gary Laderman, Chair of the Department of Religion at Emory University, here are my Top 5 Reasons to Study Buddhism. 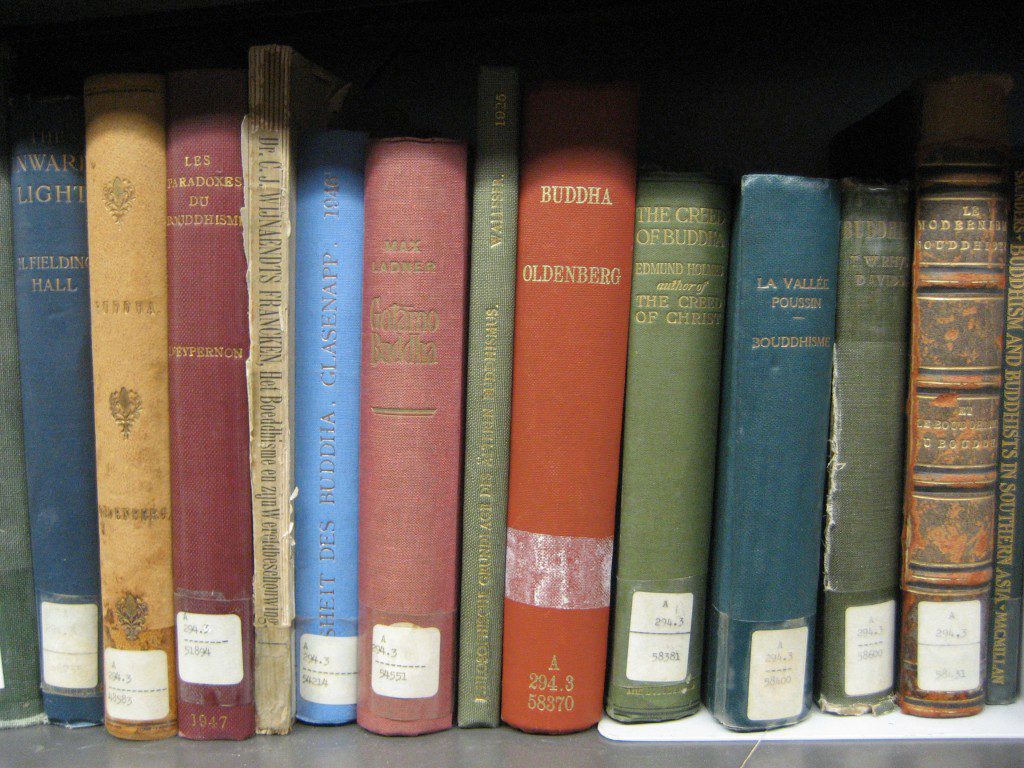 1. It will land you a job where you’ll make lots of money! Or it might lead you to a sense of joy in having less, working less, and simply being more.

I suppose money is on the minds of many people these days. It was for me when I started college as a business major. But after a year I felt a certain hollowness or shallowness (no offence, business majors!) in the whole thing and had to find a new path. These days I’m far from rich, but I’ve had experiences that vastly outweigh what money could have bought me in my 20s and early 30s and I’ve developed a great skill set that can be taken into a variety of workplaces. Besides, these are the most formative, energetic years of your life – do you really want to spend them slaving away for a corporate boss?

Even if you do want to go that way, it turns out that religion – or liberal arts more broadly – is a perfectly fine major in which to make your start. Laderman gives us links to articles in Forbes and Business Insider, in case you’re skeptical.

In the study of Buddhism, however, you begin in most cases covering the life of the founder of the religion: a man named Gotama. According to legend he was a wealthy prince, showered with all the luxuries of the day and protected from ever seeing aging, sickness, or death. He lived in a sort of hedonic bubble – the same kind that the dominant forces of our society seem to be promising us day after day. In his case, he basically had it all and still, at the age of 29, gave it up in search of a truth beyond the ephemeral world of chasing after romance, wealth, success, etc.  What he found obviously had a clear impact on him and billions of people after him.

From the ‘drop out’ culture of the 70s to the rise of yoga and now mindfulness in the mainstream of American culture, there’s clearly still something driving people out of ‘the cult of doing’ and toward flourishing by being.

2. It will change the way you see your self and the world.

The famous ‘three marks’ of experience in the Buddha’s teachings are impermanence, not-self, and suffering (or, better: unsatisfactoriness). While this may come off as dour or pessimistic, many Buddhists have found that the understanding of these three facts of life is the key to happiness. And Buddhism does hold the distinction of having the scientifically certified (for what it’s worth…) “world’s happiest man.”

Supposing that the teachings themselves don’t grab you, simply stepping outside our Eurocentric history to see a vastly different side of the world – literally and figuratively – should be enough to convince you that the world is an amazing, colorful, widely varied place – worthy of your attention.

3. It is a powerful tool for changing the world for the better.

One thing that you’ll see is that people in so many ways are fundamentally the same. The teachings of the Buddha resonate with people today in just the same way they did 2500 years ago. And yet, Buddhists, just like humans of any religion or none, also have committed atrocities, attacked neighbors, engaged in prolonged conflict and violence. People tend to want their religion to be the “best” or most “peaceful” and will argue endlessly that this is the case (isn’t that what internet comment sections are for?).

Buddhism presents a great case study as a religion commonly regarded as pretty much all good and kind and peaceful, so popping this particular delusion-bubble can open you up to seeing other religions as similar “mixed bags” of high ideals and human foibles.  Seeing this, we can say, “hey, people in religion x make mistakes too” – That whole Northern Ireland thing, or the 30 Years War, or the Crusades. Zionist terrorism. Al Qaeda and now ISIS. Not particularly cool. But let’s learn from that and not do it again.  All religions -as well as great secular heroes- teach peace. Let’s look at how religious people in history have been able to implement it.

4. It will make you more popular. Or, at least more interesting.

While certain circumstances still require the “don’t talk about politics or religion” rule, most people these days seem eager to find out about Buddhism. “Oh, yea, a friend of mine is reading something by [insert horrible mispronunciation of] Thich Nhat Hanh” – sometimes followed by a wide-eyed “have you met the Dalai Lama?” Study Buddhism and before long the answer to the second question might just be yes, and you can correct countless mispronunciations [but go easy on people there, interesting can turn into ‘pedantic’ pretty quickly].

Meditation is big. The Dalai Lama is big. Scientists meeting with and studying Buddhist monks is big. Carry some cue cards about any of these into your next dinner party or kegger and you’ll be sure to garner some attention. Carry some information about the decades-long civil war in Sri Lanka or the ongoing persecution of the Rohingya in Myanmar (Burma), and you’re sure to be the hit of the party (right?).

Expanding your sphere of understanding in the world cannot help but bring you some joy – or at least lessen your all-pervasive unsatisfactoriness. While it’s true that most of us have had some bad experience learning something in life, we still revel in learning more about things we find important.

A teaching that developed later in the history of Buddhism – interconnectedness – suggests that all things are innately connected in some way with all others, like jewels reflecting one another on a giant net. As we look deeply into a tradition like Buddhism, which has spanned 2500 years and traveled around the world, it becomes clear that our studies can take us practically anywhere. From Japanese art and architecture to Tibetan politics to the modern quest to understand the human brain, there are little nodes of connection sprinkled throughout.

Work hard and you’ll find yourself in Japan or in Tibet (or their headquarters in exile, Dharamsala, India) discussing these things with experts from around the world. 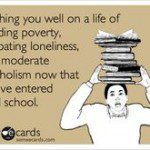 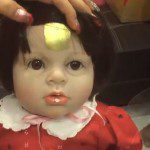