The English-speaking world loves their gurus and Eastern mysterious wisdom and enlightenment and all that stuff. And while (I hope I’m not being too optimistic in saying) we’re collectively growing out of our most infantile–and destructive–phase of interacting and mingling with “the East”, there is still a long way to go. Colonialism’s dual projections of “dark evil” and “mysterious goodness” continue to play out in popular culture. But both rely on obscured vision of the place(s) and people for what and who they are.

This failure to see the person for who he truly is was documented brilliantly by Vikram Gandhi in his movie Kumare (2011). In the movie, Gandhi goes “undercover” as a made-up guru with made-up techniques and fairly generalized self-help advice for the small following that gathers around him. Read my full review and see a trailer here (it’s well worth seeing if you are interested in contemporary convert Buddhism or Western religion on the fringe).

Others have taken shorter, more clearly humorous shots at our fascination with Eastern spirituality. Earlier this year, College Humor posted a short “what if” video depicting Mohandas Gandhi visiting a contemporary yoga studio and growing increasingly frustrated by the whole superficial scene.

And in 2012 Portlandia did its own spoof on meditation worth seeing for its all-too-honest depiction of some of the very non-spiritual things that go through the minds of meditators.

Now we have a short parody of the projection and cultural appropriation still running rampant in the world today, which simultaneously mocks the equally superficial genre of reality TV. With just over 2000 views on youtube in 5 days, it may be a bit of a sleeper thus far, but I think it’s a winner. H/T to NellaLou at Smiling Buddha Cabaret.

Australia’s Next Top Guru is a reality television series searching to find a promising but as-yet undiscovered Australian Guru. The guru’s are given a platform to build a following, line up to fans (not equals) projecting their parental fantasies onto the gurus, and to boost their chances of forging a successful career within the guru industry. 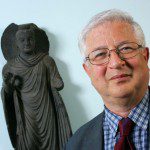 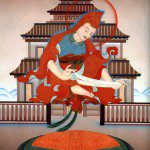 November 11, 2015 Shantideva: Buddhism and the delight of solitude
Recent Comments
0 | Leave a Comment
"I've read that borderline persons have a high sense of fairness and BPD is soooo ..."
steven solomon Borderline Personality Disorder and Buddhism (IV)
"I came across this site by accident, It reminded me of a story about two ..."
quacknduck Tourists: Buddha Tattoos are Taboo; as ..."
"eMudhra Limited is a certified body, licensed by the Government of India. eMudhra operates in ..."
Mycaportal Buddhism: Dzogchen and Mahamudra
"folks hav to learn the local laws wen they invade the space"
Joe Biggs Tourists: Buddha Tattoos are Taboo; as ..."
Browse Our Archives
get the latest updates from
American Buddhist Perspectives
and the Patheos
Buddhist
Channel
POPULAR AT PATHEOS Buddhist
1