The Dukkha of Racism: Racial Inclusion and Justice in American Convert Buddhism

Editor’s note: I’m delighted to host guest-posts dealing with Race in American Buddhist communities. The first, by the above title, is by Dr. Ann Gleig, a researcher working on a variety of issues in contemporary Buddhism including race, gender, psychology and philosophy. Keep an eye out for a second post later this week.

On July 1 2015, a website titled “Buddhists for Racial Justice” started circulating across Buddhist social media. It included an open letter that spoke of the deep sadness at the murders of the nine members of the Emanuel African Methodist Episcopal Church in Charleston, Carolina on June 17, 2015. These murders were not only the result of an individual deluded by racial hatred and a desire to start a race war, it stated, but also reflexive of the legacy of slavery and white supremacy that persisted in the American collective consciousness and institutional structures. As Buddhists, it continued, we are obliged to realize the interconnectedness of experience, to recognize the causes and conditions that perpetuate this collective suffering, and to respond compassionately by uniting the precept of non-harm to tangible actions. Alongside this open letter, were two “Calls to Engage” one for white practitioners to awaken to white privilege, and one for members of color to “investigate their own unconscious patterning that perpetuates the suffering of racism.” By the next day over 500 people from a wide variety of Buddhist lineages had endorsed this letter and two weeks later that number had risen to 1400.

The immediate origins for “Buddhists for Racial Justice” can be traced to May 14th when a delegation of 125 Buddhists from a variety of lineages gathered for the first “White House-U.S. Buddhist Leadership Conference.” Here they presented two letters: one on climate change and one titled “Buddhist Statement on Racial Justice.” The latter opened with the declaration that as Buddhist teachers they were distressed by the killings of unarmed African Americans brought to attention by the cases of Michael Brown in Ferguson and Eric Garner in NYC. As with the open call letter, it intertwined the language of Buddhism—suffering, interdependence, non-harm and compassion— with racial justice.

The impetus for this letter was attributed to the courage of the people of Ferguson and the Black Lives Matter movement, which had brought urgency to what the Buddhist Peace Fellowship has dubbed as “Buddhism in America After Ferguson.” However, both letters should be seen as products of work to challenge white privilege in American Buddhist convert communities spanning over nearly two decades. Many of the themes expressed on them, for instance, are articulated in Making the Invisible Visible: Healing Racism in Our Buddhist Communities a booklet compiled by a small group of Buddhist practitioners of color and distributed to the Buddhist Teachers in the West conference at Spirit Rock Meditation Center, in June 2000. It declared that for many years the Euro-American middle-class sangha had been resistant to the efforts of people of color and their white allies to raise awareness of the reproduction of oppressive racial and socioeconomic within Western Buddhist sanghas and unless this was addressed the dharma risked becoming “irrelevant to vast parts of our society.” Interweaving personal experiences of racism with Buddhist teachings and critical race theory, this collection offers a number of resources to combat racism in Western sanghas ranging from institutional diversity trainings to addressing racism in dharma talks.

For much of this time, such efforts have been marginalized, ignored and even actively opposed. For example, there is no mention of diversity work in the Shambhala Sun 2009 edition “Celebrating 30 years of Buddhism in America” and a number of American Buddhists have accused such work as being divisive and against core Buddhist teachings such as interdependence and anatta. Due to a combination of a small but extremely committed loose network of American Buddhist People of Color (POC) teacher and practitioners and their white allies, and the wider cultural critical mass around racial justice, however, such work is slowly coming to the forefront of American Buddhist convert communities. Communities such as the East Bay Meditation Center (EBMC) in Oakland, California, Insight New York (INY), Insight Meditation Community of Washington (IMCW), and the Brooklyn Zen Center (BZC) and individuals such as Earthlyn Zenju Manuel, Rev. Angel Kyodo Williams and Lama Rod Owens have put racial inclusion and justice work at the center of their work and racial justice issues are getting increased coverage in Buddhist media.

My current book project on contemporary developments in American convent Buddhism devotes a chapter to the history of this racial inclusion and justice work. Here I will offer just one snapshot of this important and multilayered project: the ways in which participants from the Insight Meditation community understand racial inclusion and justice work as an expression and extension of core Buddhist principles. Most fundamental is the presentation of racism as a form of dukkha. As La Sarmiento, a POC teacher at Insight Meditation Community of Washington (IMCW) put it:

I just want to be able to notice suffering when I see it and not perpetuate it and alleviate it, if I can. It’s all about suffering for me. Doing this diversity work is actually addressing suffering, addressing it in the ways that some people perpetuate it and some people have to live it. So when some people say to me, “What does this have to do with our practice?” It’s like “This is the practice. If you don’t get that, well I don’t know.”

The dukkha of racism manifests both on an individual and collective level. As the letter for racial justice puts it: “The historic and continued suffering of people of color in this country is our collective suffering.” Once racial injustice has been established as a form of dukkha, the next move, following the Four Noble Truths, is to inquire into the causes and conditions of that suffering. Tara Brach teaches that at the root of racism is the existential tendency to create a false sense of self and “an unreal other” that we respond to with aversion and fear. In essence, therefore, racism is a cultural manifestation of this existential illusion of separateness. Waking up to the reality of interdependence requires an investigation of both the individual and collective conditioning around race that keeps one ensnared in separateness. Certain practices of Buddhism such as mindfulness offer potent tools to inquire into and become free of this conditioning.

Ruth King, a senior teacher at IMCW, has developed a training called Mindful of Race, which combines mindfulness practice with diversity awareness training. White Awake offers race awareness training in the wider context of mindfulness practice and notes that “the development of racial awareness is not only an important piece of our spiritual practice, it is a spiritual practice in and of itself.”

Larry Yang, an Insight teacher and pioneer of Buddhist diversity work, has also grounded such work in Buddhist canonical texts. He draws on Bhikkhu Analayo’s (2004) commentary on the Satipatthana sutta in which Analayo discusses the refrain on internal and external mindfulness within the sutta, noting that the presence of the latter has been put aside in modern translations After considering different interpretations, Analayo concludes that external mindfulness means being mindful of other people and discusses several ways to practice this. Following Analayo, Yang argues that whilst the Insight community has historically exclusively focused on mindfulness in the internal realm of the meditator, diversity awareness is the application of mindfulness to the external or collective realm.

In conclusion, the shift in focus from the individual to the collective is crucial to understanding what makes racial diversity and justice work Buddhist. This shift manifests in two main ways: First, one characteristic of first-generation American Buddhist teachers has been to focus on using Buddhist teachings and tools to address individual psychological suffering. With teachings on the “dukkha of racism,” Buddhist principles and practices are now being applied to the socio-cultural dimensions of that individual self and the collective suffering of racial injustice in the United States. Second, a foundational part of racial inclusion and justice work is the recovery of the third jewel of Buddhism, the sangha, which has been historically neglected in American convert communities, which have emphasized individual meditation practice rather than building community. Racial inclusion and justice work is concerned with building sanghas that are inclusive and welcoming for all. As the Insight Meditation Society puts it, unless they create a “multicultural refuge” that “reflects the diversity of our society, our world,” IMS cannot be “a true spiritual refuge.” In this way, racial inclusion and justice work should be seen as both a corrective to earlier Euro-American Buddhist trends and also a continuation of the application of Buddhist teachings to contemporary Western forms of suffering. 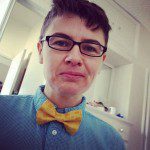 Ann Gleig is Assistant Professor of Religion and Cultural Studies at the University of Central Florida. She is currently working on a book on recent developments in American convert Buddhism under advance contract with Yale University Press. 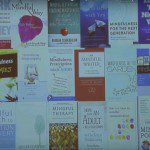 January 1, 2016
Mindfulness: the single most impactful aspect of Buddhism in America
Next Post 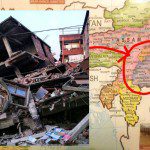 January 3, 2016 BREAKING: major earthquake hits India/Burma (Myanmar) region
Recent Comments
0 | Leave a Comment
"https://www.theguardian.com..."
Donalbain Vaccines, Pharmaceutical Companies and the CDC
"I've read that borderline persons have a high sense of fairness and BPD is soooo ..."
steven solomon Borderline Personality Disorder and Buddhism (IV)
"I came across this site by accident, It reminded me of a story about two ..."
quacknduck Tourists: Buddha Tattoos are Taboo; as ..."
"eMudhra Limited is a certified body, licensed by the Government of India. eMudhra operates in ..."
Mycaportal Buddhism: Dzogchen and Mahamudra
Browse Our Archives
Related posts from American Buddhist Perspectives