Or “Looking for Love (advice) in all the Wrong Places”

I once had the occasion to oversee a study on the topic of “Buddhism and Love.” The question, pondered my student, was “what is the ideal Buddhist romantic relationship?”

At hand we had:

The contemporary books had plenty of relatively good, if not platitudinous, advice: love yourself before you can love someone else, generate compassion, accept change, recognize our need for community and companionship, etc, etc.

Then we went to the scholarly works and early texts. There we had a problem. The ideal romantic relationship in most of those was: don’t have one. “The householder’s life is dusty and crowded,” warned the Buddha, “make your home at the base of a tree – alone, or with wise friends.”

And so it goes for nearly all of Buddhism’s 2500 years. The big names, saints, bodhisattvas, etc are well over 90% unmarried monastics and well over 90% male.

One could look at one of the jatakas – past life stories of the Buddha, often presented as morality tales – such as the tale of Prince Vessantara, when the bodhisattva (Buddha-to-be) perfected the virtue of generosity by literally giving away his children and then his wife – in the happy ending, the bodhisattva gets his wife and kids back – yay! And part of the story is that abandoning his wife and kids was tremendously difficult; but this only highlights the bodhisattva’s even more tremendous devotion to the goal of awakening. The story of the Buddha’s (final) life is similar: at the age of 29 and after just having a child with his wife, he leaves them both to seek awakening. The upshot again, of course, is that he finds awakening and teaches the path to his son and, eventually, reluctantly, to his former wife.

The appropriately often-cited Sigalovada Sutta, sometimes referred to as the “discourse on lay ethics”, has this to say of husband/wife relations:

“In five ways, young householder, should a wife as the West be ministered to by a husband:

(i) by being courteous to her, (ii) by not despising her, (iii) by being faithful to her, (iv) by handing over authority to her, (v) by providing her with adornments.

“The wife thus ministered to as the West by her husband shows her compassion to her husband in five ways:

(i) she performs her duties well, (ii) she is hospitable to relations and attendants (iii) she is faithful, (iv) she protects what he brings, (v) she is skilled and industrious in discharging her duties.

“In these five ways does the wife show her compassion to her husband who ministers to her as the West. Thus is the West covered by him and made safe and secure.

How romantic. Be courteous. Do not despise. Be faithful. I suppose feminists might find an ounce of good in “handing over authority to her” and yes, finally with #5, something resembling what we today seek in romance: bling.

For her part, romance is reduced to protecting that bling, being faithful and hospitable, and not one but two items relating to “her duties”. Perhaps one of these was said with a wink and a nod?  (Note: from a scholarly perspective, that’s not out of the question, as Richard Gombrich has argued in What the Buddha Thought that in at least one sutta the text refers to something in the physical presence of the Buddha to which he gestures; however this is lost in redaction by those concerned simply with getting the words right.)

Even in one of the great love stories of early Buddhism, the marriage of King Pasenadi and Queen Mallika, we find much to scowl over. For one thing, Mallika is his “favorite” queen, meaning there are many. And at the time of her death, the king and the Buddha were sitting together and upon hearing the news the king “sat there miserable, sick at heart, his shoulders drooping…” The Buddha’s response was “to explain that all the sorrow the king feels ultimately is for no good” later using “her story to reflect on death and decay.” You can find an outstanding exposition on Mallika and the lives of other Buddhists in Buddhists: Understanding Buddhism Through the Lives of Practitioners (highly recommended!).

In any case, we don’t get much from the texts to help lovelorn Westerners. Later texts, with dakinis and tantric consorts are no better with women magically appearing, helping the man on his spiritual journey, and then disappearing. And do see the great “Bodhisattva’s Way of Life” by Shantideva if you are interested in even stronger words condemning sexual attraction – written by a monk for monks.

Finally, we tried talking to a few of those actual Buddhists. Here we hit new speedbumps. For one thing, these are not things one tends to talk about with strangers. So it takes a little work. But then stories come out like, “Do I love my husband?” Asked of an elderly woman, “I’ve never thought about it like that. I mean, he works fairly hard and doesn’t drink too much. So yea, I guess I love him.”

Based on my studies/experience*, in the vast majority of Asian history, marriage was and is a matter of pragmatic necessity, not personal fulfillment in the way we know it in very recent Western history.

The bad news is that little in Buddhism is aimed explicitly at developing and maintaining good romantic relationships, so we’re left with scraping together otherwise wonderful Buddhist principles like compassion and gratitude and acceptance and letting go and repackaging them for the romantic West. This, some commentators point out, either cheapens Buddhism or simply co-opts its buzz-words for non-Buddhist ends.

The good news is that this might force us to rethink the way we go about looking for “the one”. And we can still find and enjoy love with an understanding of the whole Buddhist picture, which includes seeing the nature of death and decay in your partner and at times – not always, mind you – visualizing him or her as a pile of rotting flesh, guts, blood, and bones.

* If you know of good studies on Asian and/or Buddhist Asian in particular notions of marriage, please let me know. My experience is based largely on my anecdotal evidence living and traveling in six Asian countries and interviewing individuals from about six more. Upon further searching I did find and read “Cultural perspectives on romantic love” by K.K. and K.L. Dion Personal Relationships, 3 (1996); “A Cross-Cultural Perspective on Romantic Love” by W.R. Jankowiak and E.F. Fisher Ethnology, Vol 31, No. 2 (Apr 199) and a few other works, but while these support a clear disparity between Western (Individualistic) cultural notions of love and Asian (Collectivistic) notions, they are hardly sweeping or definitive. 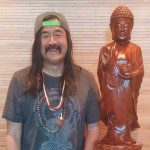 February 11, 2016
Pain and Freedom: A Buddhist's Meditation Journey
Next Post 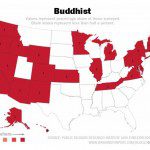 February 17, 2016 Exploring a new Buddhist America
Recent Comments
0 | Leave a Comment
"Well explained. Dholavira is also one of the largest site of Indus Valley civilization. It ..."
Kirti Bajaj Major Sites of the Indus Valley ..."
"Nice write up Justin."
Catalin Newport In Hong Kong, the Bodhisattvas wear ..."
"I used to idealize Tibetan Buddhism. I studied with some senior teachers from Shambhala and ..."
Metis Buddhism, patriarchy, abuse, and violence: we ..."
"its almost as if yoga can't be associated with hinduism, it's like a taboo for ..."
edl Can Western Appropriation of Buddhism, Mindfulness, ..."
Browse Our Archives
Follow Us!