In today’s world the majority of new construction projects and monuments are created with a commercial interest in mind. There seems to be fewer symbols of love and peace being created these days, especially in the west. With the current state of the world and the real need for peace on Earth, creating more universal symbols of love and peace seems to be more important than ever before. 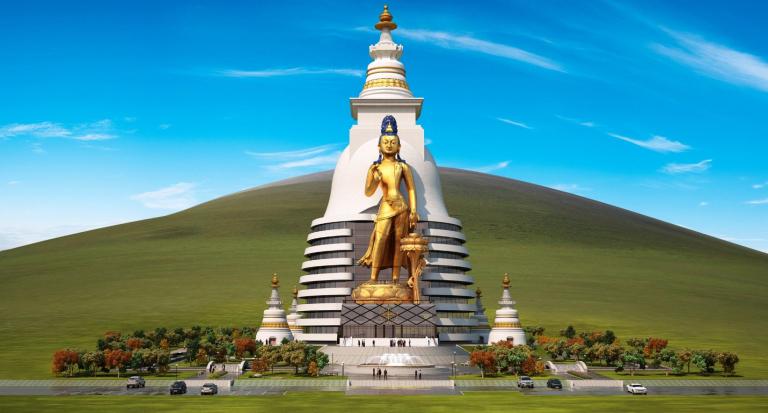 In 1924 Mongolia became a victim of occupation followed by a revolution from soviet communists. By 1939 most all of their 1,000 Buddhist monasteries perished along with most of Mongolia’s Buddha statues and other symbols of love, only one monastery was left standing. More than 30,000 Buddhist monks lost their lives in the struggle. During this time most all of the Mongolian people were moved away from their spiritual heritage of Tibetan Buddhism.

Now, new hope arises in the hearts of the Mongolian people as Mongolia is currently experiencing the joy and excitement of a nationwide cultural re-connection with their spiritual roots of Loving – Kindness. After many years of occupation, 200 brave Mongolian people staged a peaceful protest in 1989 that eventually sparked into a nationwide cultural revolution. By 1990 the occupying forces retreated and Mongolia once again re-gained their spiritual freedoms. Aiming to re-build and re-connect fully with their ancient culture of Tibetan Buddhism the Mongolian people have largely turned to HH Dalai Lama for guidance during this time of great transition.

Maitreya’s connection with the Dalai Lama line and the Mongolian people is depicted in famous Buddhist Mongol art, where it showcases the spreading of the Buddhist tradition outside of Tibet.  Long have Maitreya statues and regular rituals been commonplace in Mongolia’s daily life and up until the cultural revolution of the 20th century there were many Maitreya statues for the people to visit.

At the heart of the Mongolian people’s spiritual re-connection and under the spiritual guidance of HH Dalai Lama is the Grand Maitreya Project. The Project aims to help further Mongolia’s cultural revival by building the world’s largest beacon of Loving – Kindness. At the projects center will be a 177 foot tall statue of the standing Maitreya Bodhisattva. Maitreya is the Buddha, or Bodhisattva of Loving – Kindness. Connected to the statue will be a Kadampa stupa designed in the likeness of Lama Atisha’s own personal stupa. The stupa will house several interior teaching and meditation levels along with holy relics and other artifacts of the historical Buddha.

According to a text by Kaching Yeshe Gyaltsen, one of the tutors to the 8th Dalai Lama, by building Maitreya Buddha statues now, we can shorten the period of darkness and suffering in the world.

Building large statues of Maitreya was an ancient spiritual tradition for many of the high Mongolian and Tibetan Buddhist lamas of the past. Many of the Lamas teach that the larger and more beautiful the statue of love is, the more people will learn about it, come into contact and benefit from this. The historical Buddha explained that when one sees an image of love and peace it makes one think of peace. At that time a positive seed is planted. The Project’s intention is that the size and beauty of this Grand Maitreya statue will bring this sacred symbol of Loving-Kindness back to the beautiful people of Mongolia and at the same time to the attention of many people throughout the entire planet. Helping to create the needed conditions for peace on Earth. 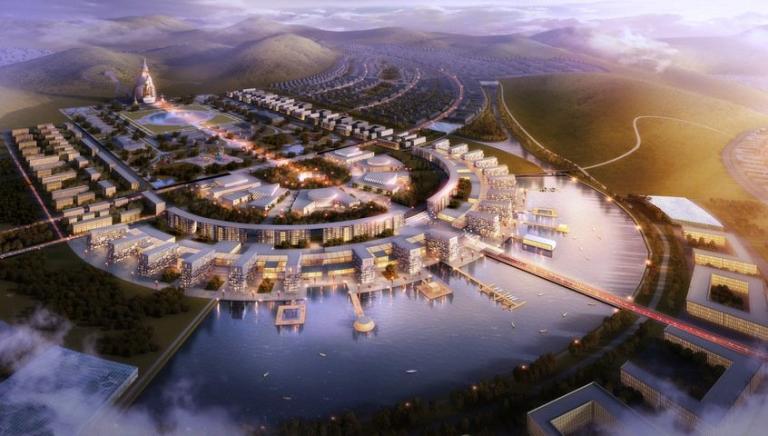 The statue site is located in a place Mongolian people affectionately call Heart Hill, just outside of the Mongolian capital city of Ulaanbaatar. The statue site will be home to a new holy place for the Dalai Lama and will serve as an educational, spiritual and cultural center for the world. The statue site will also feature non-sectarian & international Buddhist centers representing many different lineages and traditions from around the world. Making the Project a unique place for all spiritual traditions to come together in peace.

The Project is a non-profit, non-government organization with offices in Mongolia and Santa Fe, New Mexico. The Project is being conducted under a spiritual advisory board led by the Dalai Lama, leader of Mongolian Buddhism HE Khamba Lama Gyabje Choijamts Demberel, Lama Jhado Rinpoche and Venerable Thupten Ngodup State Oracle of Tibet. Board of Trustee advisers include Professor Robert Thurman of NY City.

Elbegdorj Tsakhiagiin, the President of Mongolia, declared on February 8th, 2013 that he considered the project to be part of the nation’s re-development. He considered creating the highest statue of Maitreya Buddha along with a Stupa of Buddha’s speech and bliss, an important step. He spoke of the value and significance of the project for the re-balancing of the entire country and for the world.

Once the statue and stupa are complete, the project will then work to help create a culture of Loving-Kindness for the world. One of the goals of the project is to offer free meditation training and many other educational services for people of all faiths and backgrounds.

“I am pleased and happy to know that the main part of the Grand Maitreya Project will be dedicated for supporting education.” ~ HH Dalai Lama 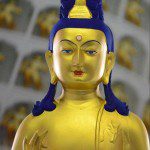 The Project is currently conducting a Fundly campaign to complete the statue construction, with Maitreya Bodhisattva statues and other special gifts for contributors. To find out more and support the Grand Maitreya Project visit: https://fundly.com/grand-maitreya-project-west 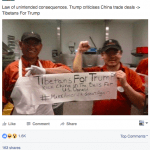 March 21, 2016
Tibetans for Trump and other unintended consequences
Next Post 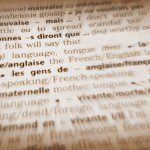 March 25, 2016 Mindfulness, Buddhism, and Philosophy, for the love of language, and the limits of language
Recent Comments
0 | Leave a Comment
"Well explained. Dholavira is also one of the largest site of Indus Valley civilization. It ..."
Kirti Bajaj Major Sites of the Indus Valley ..."
"Nice write up Justin."
Catalin Newport In Hong Kong, the Bodhisattvas wear ..."
"I used to idealize Tibetan Buddhism. I studied with some senior teachers from Shambhala and ..."
Metis Buddhism, patriarchy, abuse, and violence: we ..."
"its almost as if yoga can't be associated with hinduism, it's like a taboo for ..."
edl Can Western Appropriation of Buddhism, Mindfulness, ..."
Browse Our Archives
Follow Us!