Today, Tibetans and supporters of a free Tibet around the world mark the 57th anniversary of the March 10, 1959 uprising against Chinese occupation.

On that day thousands of Tibetans flooded the streets of the capital city, Lhasa, to protest eight years of armed occupation by the Communist Party of China and to protect the Dalai Lama from a plot to kidnap and likely kill him. In response to this, the Chinese military rounded up an executed members of the Dalai Lama’s security along with other Tibetan citizens caught with weapons in their homes. Tibetan sources suggest that upward of 85,000 Tibetan lives were lost in the days following the uprising.

Soon after, on March 17, the Dalai Lama decided that there was no hope for a peaceful resolution to the Chinese occupation and fled to India where he has resided ever since.

He embarked on a dangerous journey to asylum, crossing the Himalayas on foot with a retinue of soldiers and cabinet members. They traveled only at night, to avoid detection by Chinese sentries. Rumors later circulated among Tibetans that the Dalai Lama “had been screened from Red planes by mist and low clouds conjured up by the prayers of Buddhist holy men,” according to TIME’s 1959 cover story about the escape. (TIME)

The Dalai Lama has never been allowed to return to his homeland and to this day any citizen there caught with even his picture can be severely punished. Under the repressive hand of the Communist government over 100 Tibetans have resorted to self-immolation, including at least one just last week. Nevertheless, the plight of the Tibetan people remains unheard by most in the international community.

Read more about events today at Students for a Free Tibet. 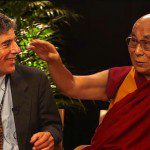 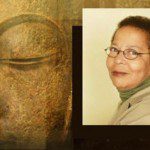 March 11, 2016 Life, Liberty, the Pursuit of Happiness, and Justice: A Buddhist Perspective with Jan Willis
Recent Comments
0 | Leave a Comment
Browse Our Archives
get the latest from
American Buddhist Perspectives
Sign up for our newsletter
POPULAR AT PATHEOS Buddhist
1