The Buddhist Peace Fellowship recently hosted a conversation on the phenomenon of Donald Trump and the state of contemporary US Presidential Politics. The conversation features a wide range of topics, from fascism and anti-Trump rallies to solidarity and collective liberation; audio from the conversation can be downloaded here. You can also read their “5 Ways Buddhists Can Counter Trump’s Bigotry” and “Are Trump Protests A Collective Form of Boundary Setting?” by Katie Loncke. It’s great to see Buddhists working on putting ideals of peace and compassion into political practice.

And yesterday George Takei, who had strong words of opposition for Donald Trump in December, put out a video describing his support for Bernie Sanders along with his ultimate decision to support Hillary Clinton with the hashtag #VoteBlueNoMatterWho.

Will Buddhists follow George Takei’s lead in supporting Hillary Clinton if she wins the Democratic nomination? Are there Buddhists out there who support Donald Trump? These are some of the questions I’m seeking to answer in my poll of Buddhist political leanings (open now until May 4th). Recent polls showed strong support for Bernie Sanders among Buddhists, and virtually no support for the likely Republican nominee.

My guess is that we’ll be hearing a lot about, and from, Dr. Jill Stein, the Green Party candidate, if Clinton is in fact nominated. One thing Bernie Sanders was very successful at was bringing in many independent and/or “too left for Democrat” voters. International observers have considered him moderately left of center, with Clinton on the right and both Cruz and Trump dangerously far-right wing. However, here at home, Clinton has won in early states and where only registered Democrats are allowed to vote in primaries, thus building and maintaining a lead that is unlikely to be overcome.

Her poor performance with Independents, an increasingly large voting group, leave her statistically tied with Trump in a hypothetical November match-up. A Rasmussen Report out today states that given a Clinton-Trump match-up: “Among voters not affiliated with either major party, nearly one-third say they would opt out: 21% would choose a candidate other than Trump or Clinton, and 10% would stay home. Trump leads Clinton 38% to 27% among unaffiliated voters.” Polls consistently show Sanders doing much better against Trump and other potential candidates than Clinton in the general election.

A recent TIME magazine article suggested that this is simply because people don’t know Sanders yet and thus like him more. Such theories, however, fly in the face of actual data, which shows Bernie Sanders’ favorable rating going from around 10% in March 2015 – when he was really unknown – to 48.8 percent as of now, making him 2016’s Most Popular Candidate. To be clear, as people get to know Sanders, they actually like him more.

Meanwhile Clinton’s ratings peaked in late 2010/early 2011 and have gone downhill since. The good news for Democrats is that Trumps favorable rating has always been low and currently rests well below even that of Clinton.

However, our system doesn’t run on electability or favorability. That would make it a democracy. And as Jimmy Carter and our friends at the BBC know well enough, the US is not a democracy, it is an oligarchy where the fundraising power of George Clooney and a handful of others can outweigh that of roughly 500,000 citizen donations to the Sanders campaign. The fun part is that Clooney can get away with it while admitting that it’s frankly obscene. Here’s Sanders’ response:

While I still plan to vote for Bernie in my state’s primary in June and respect those who push the #BernieOrBust message, I am most likely to move on myself to support Hillary if she is the nominee (I’ll also support Dr. Jill Stein, and my ballot on voting day may go either way). As Ethan Nichtern recently wrote:

However, just FYI and BTW, I’m also going to support a thousand more Bernies in the future, and not just in politics, but in art, in dharma, in my colleagues and friends, everywhere… America’s version of Capitalism-on-Steroids must transform into a more compassionate market system if we are going to actually value the lives of more than just a very few catastrophically wealthy people, and if the planet is going to survive the 21st century in anything close to a healthy manner. 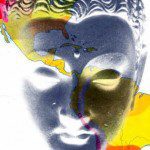 May 4, 2016 “The Story of God” – Do Buddhists Believe in Miracles?
Recent Comments
0 | Leave a Comment
"folks hav to learn the local laws wen they invade the space"
Joe Biggs Tourists: Buddha Tattoos are Taboo; as ..."
"too polite ..if folks are ignorant of local laws they hav to be brought to ..."
Joe Biggs Tourists: Buddha Tattoos are Taboo; as ..."
"Five years, a rescued street-cat from Texas (by way of Seattle). His trip to Hong ..."
Justin Whitaker Progressive responses to the 2020 election ..."
"Big move. How old is your cat?"
Brian Lang Progressive responses to the 2020 election ..."
Browse Our Archives
get the latest from
American Buddhist Perspectives
Sign up for our newsletter
POPULAR AT PATHEOS Buddhist
1