Ever since Donald Trump proposed a ban on Muslims entering the United States earlier this week, the internet has been in shock and up in arms, asking, “how do we respond to such bigotry?” Others have asked, “should we respond at all? Doesn’t that just feed into Trump’s ‘shock-jock’ persona?”

Trump is a rogue. And in an era when many politicians have eroded the American faith in their own elected officials, he has garnered a loyal following who seem unshaken even by this latest bout of bombastic absurdity. Conservatives have spoken out against him en masse, a relief to many in the center and on the left along with millions of Muslims who already face prejudice and potential harassment on a daily basis in our country – not to mention Sikhs, often mistaken for Muslims due to their dress codes that loosely resemble those of the Taliban.

My own feelings about Trump have been conflicted. I’ve tried to ignore him (don’t feed the trolls). But these days it seems that some response is absolutely needed, even if it is just to say to my Muslim (as well as Mexican) friends, colleagues, and readers, “hey, I’m not standing for this. As an American and as a fellow human being, this kind of xenophobic bigotry is not what my country or my species stands for or is capable of. Trump’s statements were unequivocally unacceptable.”

Trump is feeding into a sort of fear-mongering that worries me as a Buddhist and as an educator. I know that Buddhists are capable of the same baseless over-generalizations about Islam, and I know that there are Buddhists out there in the world today actively discriminating against and in fact perhaps on the verge of committing genocide against neighboring Muslims.

As I wrote in a long piece responding to the Woolwich, London attacks when I lived in England two years ago:

The point I hope to impart you with is that 1) Buddhism is not intrinsically peaceful, despite what many superficial analysts suggest, 2) Islam is not intrinsically violent, despite what far too many journalists, particularly bought and paid for by the right wing, will tell you, and that 3) fundamentalism is more of a socio-economic or political issue than it is one of religion.

I expounded upon a particular socio-political instance of Buddhist-led violence back in 2013, in fact tying it to similar conditions existing in the Middle East. So I was heartened to see an editorial here at Patheos last week likewise dissecting the socio-political roots of Muslim violence found in Daesh (ISIS).

Returning to the current day and current issue, I wonder if Trump represents the xenophobic edge of an America wrought by deteriorating economic conditions for the majority of it’s own people.

Think about that. Think about Trump and the people who support him in their own “misguided” manners. A very Buddhist statement on Trump would be that: he and his supporters are as much worthy of our respect and kindness as the people he vilifies.

That said, compassion does not mean rolling over in the face of violence. Nor does it mean forgetting history. And so, a bit of American history from an American Buddhist, George Takei, who as a Japanese-American, lived through one of our most disgraceful periods of American xenophobia, when we chose to imprison over 100,000 people based on nothing but their national heritage* during WWII: 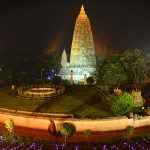 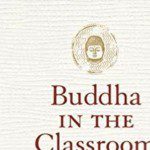 December 17, 2015 Buddha in the Classroom: A little Zen for the Workplace
Recent Comments
0 | Leave a Comment
"I've read that borderline persons have a high sense of fairness and BPD is soooo ..."
steven solomon Borderline Personality Disorder and Buddhism (IV)
"I came across this site by accident, It reminded me of a story about two ..."
quacknduck Tourists: Buddha Tattoos are Taboo; as ..."
"eMudhra Limited is a certified body, licensed by the Government of India. eMudhra operates in ..."
Mycaportal Buddhism: Dzogchen and Mahamudra
"folks hav to learn the local laws wen they invade the space"
Joe Biggs Tourists: Buddha Tattoos are Taboo; as ..."
Browse Our Archives
get the latest updates from
American Buddhist Perspectives
and the Patheos
Buddhist
Channel
POPULAR AT PATHEOS Buddhist
1