Today is the day that Japanese Zen schools celebrate Rohatsu, also known as the Buddha’s enlightenment day (Japanese: Jōdō-e, 成道会). Many Zen Buddhists mark this day often the week leading up to it with diligent practice, as James Ford (from Monkey Mind) did in 2013; and here’s his post-Rohatsu sesshin post from that year as well as his post today in which he recounts the awakening of the Buddha thus:

But then it happened. As the morning star arose he glanced up. And he understood. [read more]

Marking the occasion this year as I did back in 2013, I’ll re-share some of my photos from Bodhgaya from 2010: 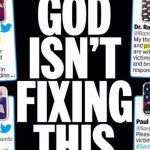 December 3, 2015
From Paris to San Bernardino, the message should be clear: Prayer is not enough
Next Post

December 10, 2015 (Updated) Buddhist George Takei offers a history lesson showing the horror of Trump's anti-Muslim remarks
Recent Comments
0 | Leave a Comment
Browse Our Archives
get the latest from
American Buddhist Perspectives
Sign up for our newsletter
POPULAR AT PATHEOS Buddhist
1