Today is the day that Japanese Zen schools celebrate Rohatsu, also known as the Buddha’s enlightenment day (Japanese: Jōdō-e, 成道会). Many Zen Buddhists mark this day often the week leading up to it with diligent practice, as James Ford (from Monkey Mind) did; and here’s his post-Rohatsu sesshin post.

Marking the occasion this year, I’ll re-share some of my photos from Bodhgaya from 2010: 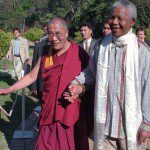 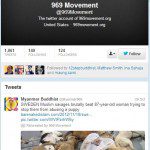 December 13, 2013 Announcing the Death of the International 969 Movement
Recent Comments
0 | Leave a Comment
"Well explained. Dholavira is also one of the largest site of Indus Valley civilization. It ..."
Kirti Bajaj Major Sites of the Indus Valley ..."
"Nice write up Justin."
Catalin Newport In Hong Kong, the Bodhisattvas wear ..."
"I used to idealize Tibetan Buddhism. I studied with some senior teachers from Shambhala and ..."
Metis Buddhism, patriarchy, abuse, and violence: we ..."
"its almost as if yoga can't be associated with hinduism, it's like a taboo for ..."
edl Can Western Appropriation of Buddhism, Mindfulness, ..."
Browse Our Archives
Follow Us!