Universities are facing an “intellectual crisis”

Speaking at the annual conference of the European Universities Association in Galway, Irish President Michael D. Higgins made remarks that should reverberate around the world and through the mouths and policy statements of educators and policy makers everywhere.

On the disconnect between policy makers and education today, Higgins said (emphasis added):

I suggest that at the present moment in Europe and far beyond it, insofar as policy makers focus attention on education
policy, they tend to view universities in a rather utilitarian way, as foundations of new knowledge and innovative thinking,
within the confines of existing trade, commercial and economic paradigms, paradigms that are fading but not without damage to social cohesion.

They pursue, perhaps with their own best of intentions, their own project, rather than any change as a means of advancing
social justice and mobility. They seek contributors to social and cultural dynamism irrespective of the distribution of the
benefits. This is an approach wherein short-term concerns prevail over long-term developmental objectives.

He went on to warn that, “we must first recognise that we live at a time when the language and rhetoric of the speculative market has become embedded in the educational culture and has brought some university practices down a precarious road.” As many of the values of our culture(s) have been erased, they have been replaced with the market. Our great city’s landmarks are no longer churches (which many think is okay) but they have been replaced by banks and towers of trade. Even our universities are giving way to the creep of ever larger and expanding business schools and football stadiums at the cost of departments of arts and humanities.

Higgins said, “It is in its extreme form a view that is based on an erroneous perception that the necessary focus of higher education must be on that which is utilitarian and immediately applicable. Such a view sees the primary objective of the university, and those who study within it, as being in preparation for a specific role within the labour market, often at the cost of the development of life-enhancing skills such as creativity, analytical thinking, and clarity in written and spoken expression.”

In other words the view (which I decried in an earlier post) that the primary aim of a university is to get a person a job. My consternation then was with the implicit idea that we as educators, even stressing Contemplative Education, need to bend to the wishes of society rather than fight or reformulate them. The idea that the main purpose of higher education is to get a job, which has become central only in the last 30-40 years, turns the student into a consumer and, even more dehumanizingly, into a product to then be consumed by the workforce. We are becoming a society not of citizens, but of economic units.

So it’s no wonder that when Donald Trump, the “great businessman” comes forth seeking power, he gets the response we’ve seen.

The Republican Party didn’t create Trump, we all did. Our entire society privileges and values brash, outspoken, intellectually vapid yet flashy showmanship over and above serious thought, compromise, deep-rooted concern for others, and humility.

In the face of our current state of affairs, Higgins suggests:

We have now reached, I believe, a juncture which sees intellectuals challenged to recover the moral purpose of original thought and emancipatory scholarship; a time when we must seek to recapture the human and unifying capacity of scholarship.

Max Weber, the great 19th century social theorist, responded to the events of his time in the second half of the nineteenth century as a public task of an intellectual, accepting the requirement not only of radical thought but of the duty to communicate as part of a public discourse.

He speaks well of Weber not rejecting the rationalism of his time, but also not being tied down by its constraints; he “critiqued the excesses of both positivism and idealism” and saw the potential abuses of those wrapped in the guise of the “rational.”

This is exactly the kind of critique and re-visioning that I witnessed at last month’s conference on contemplative exercises in higher education at Naropa University. Put briefly, our Western educational model is a very white-male dominated system built on values such as autonomy, scholarship, and discipline; and is in the process of eroding due to the corrosion of another very white-male dominated system devoted to quantification, market processes, and learning outcomes. What was proposed by many of the women and minority speakers at the conference was talking about education in terms of compassion, or care, of teaching the whole person, of community involvement, and of engaging imagination.

Along these lines, Higgins states:

It is through the encouragement of creative and free thinking that our universities acquired their status in the past, and correctly claim it today, as unique institutions that accept the responsibiity of enabling and empowering citizens to participate fully and effectively at all levels of society. This creative function must be cherished, nurtured and encouraged.

If your concern is “what do students do with that?” or “how do we pay for that?” then we’ve already lost. Your concerns are already shaped by a market ideology where societal responsibility and empowered citizenship are commodities to be traded for promotions and sold to customers. Coincidentally, the same is true if you really cannot fathom how American citizens can “afford” extending free public education to college and university students and public healthcare to all. The fact that even many educated liberals ask these questions while not questioning how we “afford” clean air, a half-trillion+ dollar in military spending, corporate bailouts and tax breaks alongside obscene CEO salaries, public education as we already have it, and a host of other things means that an aspect of our entire culture is skewed toward the isolation and commodification of the individual.

Higgins agrees, writing, “Too many, perhaps unknowingly, have accepted an ‘under labourer’ view of the university, indeed of intellectual work more broadly, as we seek to belong in a form of society/economy relationship where we have lost the capacity to critically evaluate.” And, “More and more pressure has come on universities and scholars to prove their relevance within a hegemonic version of the connection between society and economy that is destructive to social cohesion – one that has demanded a consensus on the desirability, not merely of

economic growth, but of a singular, limited versions of economics. Scholarship requires the breadth and breath of culture for a paradigm shift to happen.”

We cannot put “job training” first in our list of priorities and simply rely on some magical process to turn young people into informed and active citizens, into cosmopolitans who engage with and care about their community, society, and planet. It is little surprise that Trump supporters are the least civically engaged Americans while Sanders has dominated in caucus states where engagement is central to the election process. However, our current political system includes more primary states, where voters enter booths alone to make their decisions. Thus our electoral paradigm favors the isolated economic unit voter over the civic-minded citizen.

And in countless other ways our paradigm cuts the individual off and the crisis we’re in, which involves but is not limited to higher education, grows more apparent with each economic collapse, every “warmer than ever” month/year/decade, every right-wing bigot who rises to power.

The address can be read in full here (.pdf), and I highly encourage reading it, downloading it, and referring back to it often. He ends the address drawing from my favorite Western philosopher:

I suggest that the universities and those who work within them are crucial in that struggle for the recovery of the public
world, for the emergence of truly emancipatory paradigms of policy and research. It is not merely a case of connecting the
currency, the economy and the people, it is about recovering the right to pose such important questions as Immanuel Kant did in his time – what might we know, what should we do, what may we hope? 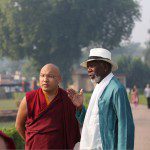 April 6, 2016
A "Very Buddhist" take on The Story of God: Apocalypse
Next Post

Be A Student: Some Aspects of...
Monkey Mind