With just over a month to go, this will be the second to last of our reader surveys on Buddhist political preferences. This poll will take in possible responses from the first Presidential debate, held Monday, September 27. It also follows a number of major newspaper endorsements for Hillary Clinton and none (that I know of) so far for Donald Trump. One recent Clinton endorsement comes from the Arizona Republic, which has previously “never endorsed a Democrat over a Republican for president.”

Another Clinton endorsement comes from USA Today, which previously has “never taken sides in the presidential race.” Looking for recent endorsements of Trump, one can check his official campaign website, which appears not to have been updated since July 7. On the newspaper endorsements, Conor Friedersdorf at the Atlantic has some good thoughts. There has been plenty to criticize ‘the media’ about in this election cycle, but there are still countless dedicated and hard working journalists providing voters with invaluable information about the candidates, their positions, and platforms.

Recent national polls have put Clinton still narrowly ahead, with one (LA Times/USC Tracking) putting Trump up by 5%.

This is a question that I have been asked for years whenever I bring up politics here on the blog or elsewhere. There is a pervasive myth that Buddhism is entirely “other-worldly” and thus unconcerned with politics or social life. There is truth to that insofar as the end goal of Buddhists is a state free of worry about worldly concerns. On all of this, Doug Smith has an excellent and extensive article at the Secular Buddhist Association. He writes of political talk:

For the Buddha’s most adamant advice to his followers was to avoid talking politics at all, terming it “frivolous chatter” (tiracchānakathā) in theBrahmajāla (DN 1) and Sāmaññaphala Suttas. (DN 2):

In its place, he recommends “ten topics of discussion”, which all relate to awakening:

Talk on fewness of desires, on contentment, on solitude, on not being bound up with others, on arousing energy, on virtuous behavior, on concentration, on wisdom, on liberation, on knowledge and vision of liberation. (AN 10.69)

However, one should not confuse extinguishing the flames of anger (toward one party or candidate, for instance) with total aloofness. Compassion, a central virtue of Buddhism, does after all concern other beings, and in a democracy, compassion can at least in part be demonstrated through voting.

Doug sums this up well when he writes: “While self-improvement and awakening are possible nearly anywhere, at any time, nevertheless it would be foolish to claim that one’s sociopolitical environment played no role in making the process harder or easier… At any rate, as a political realist, the Buddha seems to have understood the necessity for political involvement at some level, and arguably he would have pushed for it today even while stressing that the final goal went beyond mere politics.”

Similarly, Michael Finley shares a conversation there between the Buddha and his closest disciple, Ananda, wherein the Buddha does discuss the political structure of a nearby country, its peaceful concord, and likely growth.

In any case, share your thoughts below. Questions remain unchanged from last month’s poll.

If the above form will not work, try: https://goo.gl/forms/75Zs6A4mwUdZCm7w1 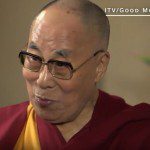 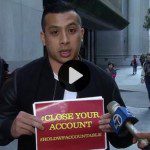 October 1, 2016 Greed and Delusion in Wells Fargo. Or "In Praise of the Ethical Man"
Recent Comments
0 | Leave a Comment
Browse Our Archives
get the latest from
American Buddhist Perspectives
Sign up for our newsletter
POPULAR AT PATHEOS Buddhist
1

A Brief Pause to Recall Nestorius, Late Patriarch...
According to the good folk at Wikipedia,...
view all Buddhist blogs
What Are Your Thoughts?leave a comment
Copyright 2008-2020, Patheos. All rights reserved.