That, at least, is the claim of late night host Steven Colbert, who cited it after a long fact-check of Trump’s recent “ending” of the birther controversy. Colbert also takes shots at Trump’s failure to prove past charitable giving, which he has made numerous claims about, as well as his close ties to Russian strongman Vladimir Putin.

This doesn’t even touch on the recent exposure of his use of charitable money to pay his own personal/business bills.

The Dalai Lama was invited to weigh in by British TV host Piers Morgan. He took the opportunity to make fun of Trump’s hair and his “little mouth” (making motions of it flapping away):

For past political views read: 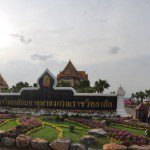 September 22, 2016
“Our Buddhist University and the Role of Intellectualism in our Studies” a Call for Papers
Next Post 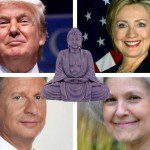