Buddhists in a Democracy: Be Political, But Not Partisan

Buddhists in a Democracy: Be Political, But Not Partisan January 19, 2017 Justin Whitaker

This year’s election and the impending inauguration of Donald Trump have drawn out some heated discussions about the role Buddhism ought to be playing in our political system. Two articles that come to the forefront, in part for espousing different views on the topic, are Jiryu Mark Rutschman-Byler’s article Buddhism is Apolitical? (Or, Stop Trying to Wiggle Out of the Damn Koan!), updated at Lion’s Roar as Isn’t Buddhism Supposed to Be Apolitical? and Brad Warner’s Should Plumbing Be Political?

Jiryu’s piece explores four points around which the apolitical Buddhism argument might be found. The first of these is the leap some would like to make to emptiness, commonly and well described today as ‘spiritual bypassing‘. In my experience, this is a particularly Western and Convert problem. Some people come to Buddhism to escape ‘the world’ and as such believe that Buddhism offers nothing but a path out of it. This fits well with Western individualism, and the idea that “we as Buddhists are above politics” fits well with some converts’ quests for spiritual materialism.

The Buddha’s teachings were filled with admonitions to work together and care for one another in this world. Regarding healthcare, a topic of importance in our day, the Buddha told his monks to work together: “Whoever would tend to me, should tend to the sick.” If, in a community of monastics, a sick monk or nun is not taken care of, the whole community incurs an offense of wrong-doing. When asked how the monastics will take the Dharma as refuge after the passing of the Buddha, Ven. Ananda explicitly notes the coming together of the Sangha twice monthly to renew and strengthen their commitments. Refuge, a central aspect of Buddhism and one often used to determine whether one is, in fact, a ‘Buddhist’, is to the Buddha, Dharma, and Sangha (community). As such, it is a welcome sight to see the Buddhist Peace Fellowship reaffirming Refuge in 2017.

For laypeople, the Buddha offered the Sigalovada Sutta, wherein he instructs Sigala on particular ways to care and attend to parents, teachers, spouse, friends and associates, workers, and ascetics. Thus the Buddha’s advice to laypeople – which extends to practicing the five precepts – is not to attend merely to one’s individual path, but rather to strengthen relationships with others.

Next, Jiryu addresses the worry of alienation. This is a fair concern, but it is worth looking to history again and seeing that Buddhists have always alienated people – on moral grounds. The training rules for monastics gives guidelines for those who are to be expelled from the sangha, all on bases of wrong conduct.

This is where cautionary articles, such as the one by Brad Warner, are helpful. Some Buddhists – some being my friends and community members – have equated Trump voters with murderers, molesters, racists, misogynists, etc., etc., etc. These kinds of harsh blanket-statements of the ‘other’ side are not political, but partisan (harsh statements by Trump and his colleagues about Mexicans, Muslims, women, the LGBTI community and others are likewise partisan).

Here, some Buddhists do go astray, abandoning the moral guidelines of the tradition and abandoning their refuge in the Buddha, Dharma, and Sangha, and instead taking refuge in a political party or individual. If you’re unable to see the good in Donald Trump, this is you. If you’re unable to acknowledge the bad in Obama, Sanders, or Clinton, this is you.

Of course, partisanship, and the ‘bubbles’ we create around it are like white privilege – invisible when you’re in it (it’s not lost on me that I’m a white male commenting on thoughts of two other white males – so do please read this piece by Elena Zhang and visit, read, and support the work of the Buddhst Peace Fellowship). The world becomes a perhaps dark, confusing place, where it is unfathomable that an African American woman, the niece of Dr. Martin Luther King, could vote for Donald Trump.

We can be quite political without alienating. Show up, listen, speak your truth. In real communities this is abundantly obvious, but it is lost in many virtual communities. In real communities we have to sit through people speaking their own truth, knowing that not every statement will demand response. We don’t have to agree, but we can appreciate one another speaking our truth. I say this in part in realizing that my communities on the ground are mostly led by wonderful, powerful women – while the communities I see online and in US culture in general are still mostly white and male.

The idea that Buddhism has ever been apolitical is just patently false. One must understand that how one is political will differ in different political systems. In an empire where the average person has absolutely no say in the running of government, how could Buddhists be political? Perhaps by directly advising kings? In a country such as Tibet, where kings were thought to have divine connections, Buddhists quickly moved to convert them to Buddhism – thus turning the tide of the entire nation. And later of course, with the 5th Dalai Lama, Buddhists simply took over the government.

We could think, too, of the more recent (2007) Saffron Revolution, so named because it was led in part by Buddhist monastics.

This simplifies things and only looks at a couple cases. But anyone who knows Buddhism’s history knows that eminent monks and nuns, laymen and laywomen, have almost always been found in or near positions of political power.

Political Power in a Democracy

This leads to the somewhat troubling need to clarify that in a democracy, even a representative democracy, political power lies in the hands of citizens. We are the government. It’s troubling to need to say that because it was in my youth a very basic aspect of public education. The first three words of the US Constitution: We the People…

That might begin and end with you in elections, which greatly diminishes your power. Or it might extend to letter-writing, phone calls, showing up at City Commission Meetings, joining civic organizations, and so on. It’s up to you. Your responsibility is to play a role in the government of the country. It is your responsibility even as a Buddhist.

As Jiryu notes, we do have a separation of church and state, which prevents religious groups from becoming active lobbyists or campaigning for candidates. However, the rule applies to ‘churches’, not ministers or monks speaking on their own behalf, and certainly not to laypeople.

So we can hold up the banner of “Resist Trump” – or “Refuge and Resistance” as the BPF puts it. But remember the particular things being resisted; and perhaps maintain a willingness to praise things like Trump’s vow to lower expenses for those holding student debt, and to save medicare and social security (be skeptical, as with any political promise, but there’s no need to ‘resist’ these ideas just because they come from Trump).  And we should not be lulled into complacency when other political leaders expand drone strikes that kill civilians or waffles on opportunities to protect civilians in war zones or colludes with party officials to take down a political opponent.

Harm is harm, lies are lies.

The precepts of Buddhism urge us to meet these always with non-harm and with truth.

If politics becomes its own isolating, anger-stoking preoccupation, we’ve lost the way of Buddhism.

But if we appeal to our Buddhist practice as a way of avoiding politics altogether – especially as white and/or cis and/or male Americans- we are at the least acting poorly as citizens, and at worst engaging in spiritual bypassing. 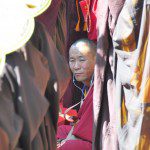 January 7, 2017
Buddhist Ethics Today - or can we all be a little more enlightened?
Next Post 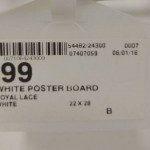 January 20, 2017 The Arc of the Moral Universe, January 20, 2017
Recent Comments
0 | Leave a Comment
Browse Our Archives
get the latest from
American Buddhist Perspectives
Sign up for our newsletter
POPULAR AT PATHEOS Buddhist
1