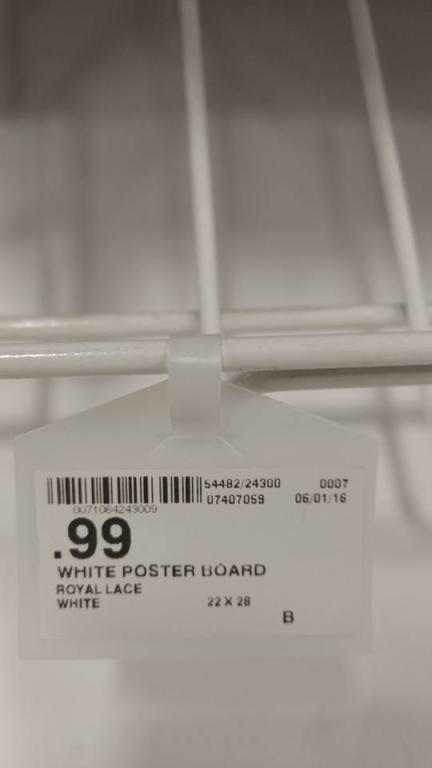 The local store is out of White Poster Board. Hmmm… I wonder where it all could be.

The quote, “The arc of the moral universe is long, but it bends toward justice” is often attributed to the Rev. Dr. Martin Luther King Jr. It is thanks to him that the phrase has become part of our American lexicon. Yet the exact wording predates his use of it by around half a century, and the origins go back further still to the Unitarian minister Theodore Parker.

Theodore Parker, born 1810, was a minister and Transcendentalist and was also an abolitionist. His thoughts on the progress of the moral universe come from a 1853 sermon titled “Of Justice and the Conscience:”

Look at the facts of the world. You see a continual and progressive triumph of the right. I do not pretend to understand the moral universe, the arc is a long one, my eye reaches but little ways. I cannot calculate the curve and complete the figure by the experience of sight; I can divine it by conscience. But from what I see I am sure it bends towards justice.

Things refuse to be mismanaged long. Jefferson trembled when he thought of slavery and remembered that God is just. Ere long all America will tremble.

I thought of this at a recent City Commission Meeting in Helena where a hearing was held about removing discriminatory language aimed at transgendered individuals from our city’s non-discrimination ordinance. We won (the language was removed). But only barely, 3-2. The testimony on behalf of transgendered community members was heartfelt, wide-ranging, professional, and thoughtful. Testimony on behalf of maintaining the language was based in fear and rigid dogmatism.

And I couldn’t help, in listening to that fearful testimony, of our history – when one could almost substitute any number of maligned or oppressed groups for “transgendered” in their words. For example, “I’m not anti-transgendered, but I just don’t want them around my children.”

Again, we won. It was a victory.

Theodore Parker couldn’t have known what was ahead of him in just a few years. But he could see the facts of the world. And he could divine by his conscience the long arc of a moral universe.

I cannot pretend to know exactly what the coming Administration will bring, but the omens are not good for many segments of our community.

So, with a heart tethered to that moral arc, I reach out to all those who are affected. I am here. I’ll be here every step of the way. Perhaps the words of Parker and King will give you comfort. But the moral arc will not curve without us.

I’ll see you tomorrow, where we find out where all those white poster boards have gone. 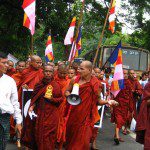 January 19, 2017
Buddhists in a Democracy: Be Political, But Not Partisan
Next Post 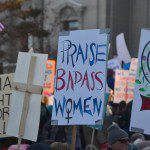 January 21, 2017 Women's March on Montana in Photos (UPDATED)
Recent Comments
0 | Leave a Comment
Browse Our Archives
get the latest from
American Buddhist Perspectives
Sign up for our newsletter
POPULAR AT PATHEOS Buddhist
1