Trump has already led me to the Bible: 7 Passages near to my Heart

Trump has already led me to the Bible: 7 Passages near to my Heart January 27, 2017 Justin Whitaker

Many of my Christian friends over the last few months have assured me that part of their reason for supporting Donald Trump for the presidency has been his grasp of Christian values. “God will be back in America,” they tell me.

I’m still not entirely sure what that means. “Did He leave?” Is He in Canada? That’s where I hear a lot of people are thinking about moving to, so maybe God’s already up there? Just waiting?

But today I’ve had a bit of a “come to Jesus” moment of my own.

With the passing of today’s ban on refugees from 7 Muslim nations – on Holocaust Remembrance Day, an irony not lost to Jewish groups, Trump has led me to wonder, what does Christianity say about refugees?

Surely, if this President has Christian values – and he’s banning refugees from some of the most massively destroyed and war-torn nations in the world – then this must be what Christianity teaches. Right?

Let’s have a look at a few of the Bible’s teachings on refugees:

Love Refugees As Yourself

The Sin of Sodom: They Did Not Help the Poor and Needy

Now this was the sin of your sister Sodom: She and her daughters were arrogant, overfed and unconcerned; they did not help the poor and needy. (Ezekiel 16:49)

Do Not Oppress a Foreigner

Do not oppress a foreigner; you yourselves know how it feels to be foreigners, because you were foreigners in Egypt. (Exodus 23:9)

Leave Your Door Open to the Traveler

No stranger had to spend the night in the street, for my door was always open to the traveler (Job, discussing his devotion to God) (Job 31:32)

Invite the Stranger In

Love Your Neighbor as Yourself

For the entire law is fulfilled in keeping this one command: “Love your neighbor as yourself.” (Galatians 5:14)

Have Mercy on Your Neighbor

He asked Jesus, “And who is my neighbor?”

In reply Jesus said: “A man was going down from Jerusalem to Jericho, when he was attacked by robbers. They stripped him of his clothes, beat him and went away, leaving him half dead. A priest happened to be going down the same road, and when he saw the man, he passed by on the other side. So too, a Levite, when he came to the place and saw him, passed by on the other side. But a Samaritan, as he traveled, came where the man was; and when he saw him, he took pity on him. He went to him and bandaged his wounds, pouring on oil and wine. Then he put the man on his own donkey, brought him to an inn and took care of him. The next day he took out two denarii and gave them to the innkeeper. ‘Look after him,’ he said, ‘and when I return, I will reimburse you for any extra expense you may have.’

I know some of it – having long been fascinated with the book of Job and knowing the story of the Good Samaritan from countless cultural references. But now, thanks to Trump, I’ve gained new appreciation for these other works.

I hope others, too, both Christan and non-Christian, spend time with the Bible in the coming years. I have a feeling I’ll be consulting it frequently.

In the meantime, will this lead to a Christian revolt against Trump in light of these Biblical teachings on refugees? Or perhaps a good chastising? Do Christians still follow these teachings? 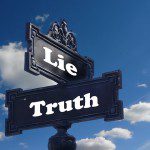 January 25, 2017
We Cannot Report a Lie: Has NPR been Gaslighted by Trump?
Next Post 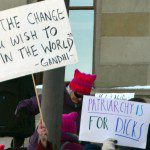 January 28, 2017 On Kant, Contempt, and our Buddhist path(s) forward
Recent Comments
0 | Leave a Comment
"Anyone going to point out that your oldest portrayal of buddha... appears to be white... ..."
Scar The oldest datable depiction of the ..."
"This is a thoughtful article. I must admit, after living in crowded Hong Kong, I ..."
Gary Price The Coronavirus is coming – Some ..."
"Well explained. Dholavira is also one of the largest site of Indus Valley civilization. It ..."
Kirti Bajaj Major Sites of the Indus Valley ..."
"Nice write up Justin."
Catalin Newport In Hong Kong, the Bodhisattvas wear ..."
Browse Our Archives
get the latest from
American Buddhist Perspectives
Sign up for our newsletter 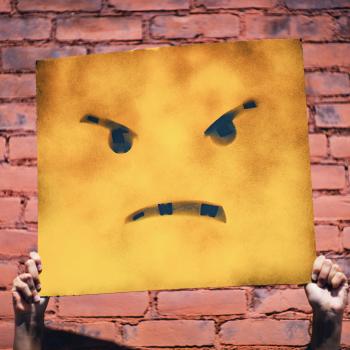