Confronting Our Demons: Courage as the Essence of Buddhism

Confronting Our Demons: Courage as the Essence of Buddhism May 5, 2017 Justin Whitaker

A guest-post by Tom Clements.

There is no nobler vision than a willingness to voluntarily encounter the unknown. As human beings, we are designed to go beyond what’s comfortable in order to grow and to develop. This growth is measured in large part by how bravely we face suffering in the forms of conflict, disagreement, disappointment and grief.

Our conscience tells us when we need to do something we feel is right and our nervous systems are attuned to know and tell us that what we are doing is meaningful. Our core becomes stronger when we voluntarily confront the things we fear most. Indeed, it is only in confronting our demons that we can even hope to overcome them. The Buddha’s own conscience told him that he needed to face the deplorable poverty and starvation outside of his palace walls and it was only by exposing himself to the grim and painful reality of suffering that we was eventually able to transcend it.

I am a sensitive soul. I hide away from seeing living things in pain. It hurts me to watch scenes of war on the news or to hear of animals being abused. Hiding from this has only buried it in the deep recesses of my subconscious where it often shows itself as recurring dreams of walking through slaughter houses, unable to escape, and forced to witness the primal fear of innocent creatures about to have their throats slit.

In 2010, I suffered my first series of panic attacks which landed me in the hospital for 8 weeks. Many fears had accumulated in my mind over a long period of time and were now manifesting themselves as physiological symptoms such as nerve pain, exhaustion and heart palpitations. Anxiety is a dreadful thing. If it persists for extended periods of time it makes you weak and especially prone to negative emotions like anger and despair. Medications like Prozac take the edge off but do not address the real root cause. As uncomfortable as it is, the only way to transcend the very real pain of anxiety is to face it directly. This really is the core of the Buddha’s teaching.

In my case, I knew that the things I disliked most and were causing me to keep suffering had to be confronted head-on. I started small, simply by doing something that caused me discomfort and the pain of being derided by close friends. I took my cap off to expose my premature baldness, something I was very self-conscious about in my early 20s. At first, my ego was wounded by a few cheap jibes made by a fellow in the bar I was in, but after a few minutes, the anxiety subsided and my nervous system began to balance itself out. I immediately felt calmer and lighter, as though a small psychic burden had been lifted. I slept better that night.

A few days later, and this was the one I’d been dreading most, I went online and watched a video of sheep entering an abattoir on a conveyor and being slaughtered one by one. I wept and wept and wept. It was immensely painful for me, but to voluntarily face this fact that sentient beings suffer in the world was one that ultimately came to strengthen me as a person, just as the Buddha refused to look away at the sight of a decrepit old man, half-dead from a lack of sustenance. After a few days, the image of the poor creatures stopped and I felt mentally calmer and more resilient. I certainly did not delight in these images, but at least now I could accept them as an inevitable part of life and move forward less susceptible to being sucked into a vortex of despair and nihilism.

Even though we may not understand everything in the world, we must, if we are to live nobly in it, face everything, good or bad, directly and honestly. The only way we can reach and equilibrated state and attain Buddha mind is to first admit the things we’re afraid of and to be mindful of the fear we feel once we do summon the courage to face them. 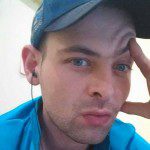 Tom Clements is a teacher from Bishop’s Stortford, UK. He was diagnosed with Asperger Syndrome in 2011 and is now an advocate of the neurodiversity movement. His memoir ‘The Autistic Buddha: An Unconventional Path to Enlightenment’ is soon to be published (cover art below). 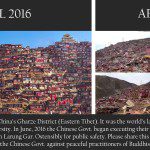 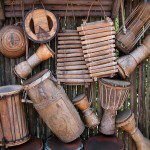 May 11, 2017 A Roundup of Critical Perspectives on Meditation
Recent Comments
0 | Leave a Comment
Browse Our Archives
get the latest from
American Buddhist Perspectives
Sign up for our newsletter
POPULAR AT PATHEOS Buddhist
1