On the Death of a Teacher: A Buddhist Teaching

On the Death of a Teacher: A Buddhist Teaching July 19, 2017 Justin Whitaker

The early Buddhists texts contain a treasure trove of teachings. I have not read them all, and perhaps never will. For they are like a great set of tools, to be used as needed. One can touch or handle all of them but understand the depths or purpose of none. The Buddha famously gave teachings specific to the hearer, suggesting that at least some of the teachings should not be taken as universal in their application.

It is better, in my experience, to rely on wise teachers to pull out those necessary for the student and guide them on their practical utility. And, over time, the student begins to be able to do this on their own and perhaps even becomes a teacher in turn. Yet, we might aspire to read them all and apply them in our lives, here and there, bit by bit.

And it is with this sense of aspiration that I turn to Sariputta’s teaching on the death of the teacher (in his case the Buddha). Sariputta was one of the foremost of the Buddha’s disciples, the monk foremost in wisdom; a sort of philosopher patron-saint of early Buddhism. As Nyanaponika Thera notes, Sariputta was a:

Dhamma-senapati, Marshal of the Dhamma … a man unique in his patience and steadfastness, modest and upright in thought, word and deed, a man to whom one act of kindness was a thing to be remembered with gratitude so long as life endured. Even among the Arahats, saints freed from all defilements of passion and delusion, he shone like the full moon in a starry sky.

In one discourse, Sariputta calls for fellow disciples and tells them of a thought which arose to him while deep in meditation:

No change of anything whatsoever could cause him distress and despair. Equanimity, renunciation, imperturbability: these are virtues of the early Buddhist world. These are aspects of Buddhist ethics, Buddhist attitudes and behaviors to be understood and taken on as one’s own.

As we hear this claim it is natural to ask ourselves if we could say the same. The answer “no” will probably come pretty quickly up to us. I lament – a bit at least – every time my fruit goes bad before I can eat it. If something so seemingly minor can cause stress, how much so countless larger things.

But we can see the virtue in not clinging to circumstances here, and many Buddhist teachings warn of the suffering arising from this disposition. Thus, teachings like this, often short and often seemingly pointless, can have profound impact upon us if understood correctly.

The discourse goes on from there with the Buddha’s cousin and attendant, Ananda, pressing Sariputta on the point. Ananda, it should be noted, did not gain awakening in the Buddha’s lifetime and is said to have wept upon learning of the impending death of the Buddha. Ananda asked:

“Sariputta my friend, even if there were change & alteration in the Teacher would there arise within you no sorrow, lamentation, pain, distress, or despair?”

Could Sariputta hold it together even with the death of the Buddha? In the West, there is a sort of long-standing mentality of accepting feelings like pain, distress, and despair. We even sometimes exalt them. The ethos, found again and again in the early texts however, plays them down at the least and points to a complete elimination of them as a goal. Here we find Sariputta responding:

Even if there were change & alteration in the Teacher, my friend, there would arise within me no sorrow, lamentation, pain, distress, or despair. Still, I would have this thought: ‘What a great being, of great might, of great prowess, has disappeared! For if the Blessed One were to remain for a long time, that would be for the benefit of many people, for the happiness of many people, out of sympathy for the world; for the welfare, benefit, & happiness of human & divine beings.’

Even with the loss of the teacher: no sorrow, etc.

But, nonetheless he would recognize the loss, he would acknowledge it. He would see that someone precious for their ability to remove suffering and bring happiness to many beings is gone.

The sutta concludes with Ananda remarking that:

Surely it’s because Ven. Sariputta’s I-making & mine-making and obsessions with conceit have long been well uprooted that even if there were change & alteration in the Teacher, there would arise within him no sorrow, lamentation, pain, distress, or despair.”

This points to the last fetter of one who is on the road to awakening – the repeated “I-me-mine” tendency in the mind. This is the last fetter because it is so subtle, so deeply ingrained in us. And it is also that which can turn us away from concern for others and instead toward self-directed feelings.

It is worth chewing on this, at the least, as one goes through one’s day, noticing the arisings of change that give rise to sorrow, distress, and so on. And noticing, too, what narratives are attached to those feelings. 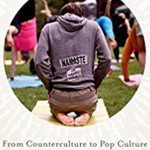 July 14, 2017
Can Western Appropriation of Buddhism, Mindfulness, and Yoga be Good?
Next Post 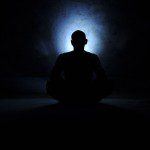 July 24, 2017 Buddhism, Patriarchy, Abuse, and Violence: We Need to Talk
Recent Comments
0 | Leave a Comment
Browse Our Archives
get the latest from
American Buddhist Perspectives
Sign up for our newsletter
POPULAR AT PATHEOS Buddhist
1