The solution to all of this difficulty is education…

Venerable Thubten Chodron, abbess of Sravasti Abbey in eastern Washington State, recently gave a series of talks addressing Pure Appearances in Tantric Buddhist practice, confronting sexual and other forms of abuse from teachers, and finding the middle way between ignoring ethical violations and abandoning the teachings and practice altogether when conflicts arise.

Venerable Thubten Chodron was a student of Lama Yeshe and Lama Zopa and shows particular sensitivity to various Western misinterpretations of Tantra.

Particularly, in this first talk below, she recounts the Dalai Lama’s own experience of dealing with a feud between two of his own teachers:

“When I meditated, I thought of their kindness to me in teaching me the Dharma and because everything I know, my ability to practice the Dharma, how much the Dharma has helped me is due to these lamas, there is no way I can criticise them because I’m so grateful for their kindness and everything they taught me. And that’s how I see them in my meditation.”

“But,” he said, “when I get off my meditation and I have to deal with the Tibetan government, I tell my two teachers ‘what you are doing is wrong. Stop fighting.'”

He [the Dalai Lama] could put two things together in his mind in a non-contradictory way.

The Dharma way and the practical way need not contradict. However, Ven Chodron continues, we tend to fall into an extreme of romanticisation or demonization with teachers in ways similar to personal relationships. This, she suggests, is also what happens when especially Western students are introduced to Tantra too soon, misunderstanding Samaya and stories such as those of Naropa and Tilopa, and so on.

She then covers some of the same ground that I did on Dzongsar Khyentse Rinpoche’s comments: saying that if a lama gets sick (or makes a mistake) we can simply see them as manifesting a sickness so that we can generate the good karma (or merit) of taking them to the hospital – or correcting their apparent mistake. This helps us to escape the tendencies to see inherent existence in a teacher’s comments – seeing him as a Buddha and thus thinking his words/deeds must all be perfect; or being overly literal when we’re taught to see the buddhanature in a teacher or other beings.

The trick is seeing both sides, both truths.

Next, in the second video, she discusses our cultural tendency to idolize teachers (as we do movie stars and athletes). This, she warns, “can reduce our critical analysis.” For both women, who were abused, and men who were given high posts and were thus flattered by the teachers. This, along with a sincere wish to serve the Dharma, allows for “a betrayal of trust by spiritual mentors.” She then reiterates our responsibility to question teachings that are or seem contradictory to basic Buddhist ethics.

She says, referring specifically to the Rigpa scenario, that the students appear to have done the right thing in bringing up problems privately first and then going public. Note: this seems to be the appropriate response to the students, as opposed to any questioning of their intelligence or otherwise shifting blame onto them as was apparent in Dzongsar Khyentse Rinpoche’s letter.

Returning to the story of Naropa (the scholar) and Tilopa (the Tantric master and teacher), Ven Chodron clarifies the part of the story that many people (wrongly) leave out: that when Naropa jumps off a cliff as a show of devotion to Tilopa, Tilopa is able to heal his broken bones. This is a key to Tantric ethics as a form of transgressing basic Buddhist ethics: one must have and be capable of using the magic powers associated with Tantra before stepping going beyond. The Marpa and Milarespa story is similar.

The problem is when we today try to put ourselves in these stories as if we have the qualities of Naropa or Milarespa and our teachers have the qualities of Tilopa or Marpa. If we don’t have those qualities we shouldn’t try to emulate their relationship. If you can’t make an apple fall from a tree and rise back up afterward, or cut off your own head and put it back on, then you aren’t at a place for this kind of practice. And a true Tantric master will only reveal themselves to those who are at that stage as well and ready to go forward.

Ven. Chodron states that the number of people alive today who are capable of this can probably be counted on one hand.

So, if any teacher is behaving in any way that transgresses normal ethics in front of you or any other normal person, then they are not a true Tantric master; they are simply another deluded being, perhaps drunk on their own power and using it to fulfil their lower desires. These are the teachers who wind up abusing women and men and leading to situations as we have now: communities in confusion, torn between loyalties and basic ethics.

The problem, of course, is how do we know?

She concludes this teaching by saying that the solution to all of this difficulty is education. Hear, hear!

See more of her videos and other work at http://thubtenchodron.org/ 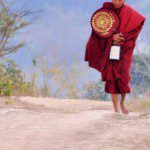 September 1, 2017
Buddhists could be perpetrating a genocide in Burma (Myanmar)
Next Post 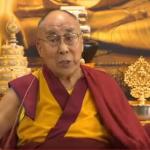 September 6, 2017 The Dalai Lama on Secular Ethics and the Toppling of "Rotten" Buddhist Institutions
Recent Comments
0 | Leave a Comment
"https://www.theguardian.com..."
Donalbain Vaccines, Pharmaceutical Companies and the CDC
"I've read that borderline persons have a high sense of fairness and BPD is soooo ..."
steven solomon Borderline Personality Disorder and Buddhism (IV)
"I came across this site by accident, It reminded me of a story about two ..."
quacknduck Tourists: Buddha Tattoos are Taboo; as ..."
"eMudhra Limited is a certified body, licensed by the Government of India. eMudhra operates in ..."
Mycaportal Buddhism: Dzogchen and Mahamudra
Browse Our Archives
Related posts from American Buddhist Perspectives