Buddhists could be perpetrating a genocide in Burma (Myanmar)

Bangladesh: “They have come in their thousands, crossing hills and rivers, marshes and rice paddies for the chance to cross into Bangladesh and escape the mass killings they say are being perpetrated against their people.”

This is how in-depth coverage of the crisis in Burma by Euan McKirdy, Rebecca Wright and Z. Saeed, of CNN begins.

According to UN estimates, they continue, 50,000 Rohingya (a predominantly Muslim ethnic group in Burma*) have been forced to flee their homes, over half reaching neighboring Bangladesh, the rest either internally displaced or dead. There is already an estimated 200,000 – 500,000 internally displaced Rohingya in Burma, living in makeshift camps often without access to doctors, clean water, or adequate food. This has led some on the ground to call current events a genocide. Others use terms such as ‘massacre’ as reports come in on the killing of hundreds or thousands of civilian Rohingya by the Burmese military and mobs.

Aung San Suu Kyi, once heralded as a beacon of hope in the region, has distanced herself from damning reports against her country’s government and her office has in turn accused Rohingyas of inciting violence and using child soldiers.

This story is, sadly, not new. Two of my lengthy and broadly researched articles below (2015 – Understanding Buddhist-Muslim Relations, and 2013 – Ethnicity, Ideologies, and…) offer historical background to the problems facing Burma today. The country is extremely fractious and, while it is easy to see Buddhists killing Muslims there, it is also the case that Buddhists have been fighting and killing Christians and fellow Buddhists in the various ongoing civil wars in the country.

The difference in scale, however, is stark, and international observers are clear that the fault here lies squarely with the government and Buddhist majority.

Buddhists in the West have not been silent over the years. In 2012, Danny Fisher and Joshua Eaton penned an open letter on Buddhist Islamophobia in Burma, signed by hundreds of Buddhist teachers around the world. In 2015, Buddhist Global Relief established an emergency fund for the Rohingya of Burma and a letter of appeal from US Buddhist Teachers.

I expect we will see another letter soon.

However, I am pessimistic. The complexity of the situation, internally and in broader geopolitics, along with the depth of entrenchment of many in the area leaves me with little hope for an easy solution.

* The name was changed to Myanmar by the current military dictatorship in 1989. To retain the previous name may be seen as throwing allegiance to a colonialist past, as Burma is the name for the nation first designated by the British who ruled over the country from 1824 to 1948. However, ‘Burma’ is also widely used by dissidents who do not recognize the legitimacy of the current regime and its choice to change the name.

Support independent writing on Buddhism here by joining a community of fellow learners/practitioners at Patreon. 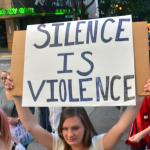 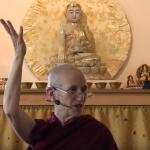 September 6, 2017 A Tibetan Buddhist Nun discusses Sexual Abuse and Tantra
Recent Comments
0 | Leave a Comment
"https://www.theguardian.com..."
Donalbain Vaccines, Pharmaceutical Companies and the CDC
"I've read that borderline persons have a high sense of fairness and BPD is soooo ..."
steven solomon Borderline Personality Disorder and Buddhism (IV)
"I came across this site by accident, It reminded me of a story about two ..."
quacknduck Tourists: Buddha Tattoos are Taboo; as ..."
"eMudhra Limited is a certified body, licensed by the Government of India. eMudhra operates in ..."
Mycaportal Buddhism: Dzogchen and Mahamudra
Browse Our Archives
Related posts from American Buddhist Perspectives