A message on the Rohingya from young Burmese American Buddhists

A message on the Rohingya from young Burmese American Buddhists October 12, 2017 Justin Whitaker

Setting their discussion in the context of traditional blessings to family and the three jewels of Buddhism, a group of young Burmese American Buddhists have put together a moving portrait of their thoughts on the Rohingya.

The voices  present the case as a plea to their elders, who told them of the 1988 uprising by monastics against the military, and who came to America to pursue their dreams.

We are grateful that you taught us to respect our elders, uphold our traditions, and learn our history.

We rarely saw our people in the American media, and we were often ignored or even looked down upon by other Asian Americans.

We felt proud to be Buddhist when our families donated to American Burmese monasteries, helped host Thingyan celebrations, and organized relief efforts for Cyclone Nargis.

We felt proud to be Burmese when we learned about Aung San Suu Kyi and the 1988 uprising in Burma.

The voices go on to challenge their elders.

Recounting the facts of the last few months, surveying reports from both within and outside Burma, they say:

Our online and personal interactions have shown us that not many Burmese Buddhists express sympathy towards the Rohingya, even as fellow human beings.

Indeed, this is consistent with numerous reports from within the country, personified by Ashin Wirathu but not limited to him, of regarding the Rohingya, and Muslims more broadly, as “like dogs.” They continue:

The Rohingya have been dehumanized online in Burma as “illegal Bengali immigrants,” terrorists who breed like animals and convert Buddhist women in Rakhine state. …

There are Burmese people who believe the Rohingya’s presence in Burma risks the rise of Islamic fundamentalism in Rakhine state and threatens our Buddhist heritage.

Turning to the future of Burmese Buddhism, they express a shared concern, saying that, “we believe that what is happening now will jeopardize Buddhism far more than anything else… today, ‘our’ Buddhism has become the face of inhumanity to the rest of the world.”

In all his lifetimes, the Buddha never used violence to promote his teachings, even when others used violence against him. He never asked his followers to use violence, even to protect Buddhism.

He warned against extreme state of anger and delusion. He discouraged blind faith in material icons, and he most certainly did not preach in favor of idolizing politicians.

So when we see Buddhists using violence, promoting violence, and staying silent in the face of violence against another religious group, we feel we must speak up.

You can join these young Burmese American Buddhists on facebook at there page: Saddha, Buddhists for Peace and see a 2013 report on Buddhists in Burma reaching out when other Buddhists attacked their Muslim neighbors: 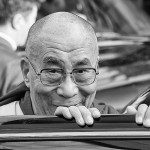 October 2, 2017
The Dalai Lama on Mass Violence
Next Post 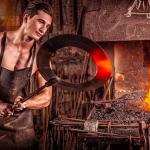 October 15, 2017 Mindfulness, Mindlessness, and the Marketplace
Recent Comments
0 | Leave a Comment
"eMudhra Limited is a certified body, licensed by the Government of India. eMudhra operates in ..."
Mycaportal Buddhism: Dzogchen and Mahamudra
"folks hav to learn the local laws wen they invade the space"
Joe Biggs Tourists: Buddha Tattoos are Taboo; as ..."
"too polite ..if folks are ignorant of local laws they hav to be brought to ..."
Joe Biggs Tourists: Buddha Tattoos are Taboo; as ..."
"Five years, a rescued street-cat from Texas (by way of Seattle). His trip to Hong ..."
Justin Whitaker Progressive responses to the 2020 election ..."
Browse Our Archives
get the latest from
American Buddhist Perspectives
Sign up for our newsletter
POPULAR AT PATHEOS Buddhist
1