Religion Dispatches (RD) posted an interview last week with Matthew Walton discussing his book on Buddhism and politics in contemporary Burma. Walton is the Aung San Suu Kyi Senior Research Fellow in Modern Burmese Studies at St Antony’s College at the University of Oxford. His research has focused on religion and politics in Southeast Asia. He is the founder of the Oxford based blog/website discussing contemporary Burma: Tea Circle.

The book, Buddhism, Politics, and Political Thought in Myanmar, was published in November 2016 and will be followed in October of this year with Buddhism and the Political: Organisation and Participation in the Theravada Moral Universe.

It’s worth noting the “moral universe” part of this title, as ethics are central to Buddhist thought and activity and it is good to see this root or foundation noted a title about political activity. A friend recently asked on facebook about the bodies of non-humans in the Buddhist cosmology and I was led to Gail Sutherland’s 1991 book, The Disguises of the Demon: The Development of the Yaksa in Hinduism and Buddhism. The book is fascinating and well worth further exploration, but in particular it describes “demons” (yakkhas/yakṣas) in early Buddhist thought under the heading of “The Fluid, Physical, and Moral Forms of the Demons.” Here, too, the moral dimension is rightly highlighted.

While Westerners, including Western Buddhists, might nod to a connection between morality and the physical world, these are seen as intimately connected in the Buddhist moral universe. The roots of suffering are greed, hatred, and delusion and these lead to our thoughts, words, and deeds, just like a shadow (Dhammapada v.2). And we are the inheritors of our past deeds, “whatever I do, for good or for evil, to that I will fall heir” (Subjects for Contemplation, AN 5.57).

This fundamental moral basis sets in motion the rest of the world, including our experiences as embodied humans. So Buddhists won’t deny that in Syria today, bombs and shrapnel are killing people. But they’d say that these are being launched by individuals filled with greed, hatred, and delusion.

Walton’s book promises to draw our attention to the fact that Buddhists are political. Buddhist political activity is driven by particular internal theoretical and doctrinal guides that are easily confusing to outsiders. Walton tells RD that “I’m describing a “moral universe” of modern Theravada Buddhist thinking that provides key ideas and understandings that Buddhists have used to make sense of the political world they inhabit. If we don’t know the outlines of this worldview (and the variations of interpretation within it), we’re likely to miss many of the subtle nuances of Burmese expressions of political thought; for example, assuming that calls for “democracy” necessarily align with Western liberal democratic notions (that are themselves quite varied).”

On the biggest misconceptions about Buddhism, Walton states:

I suppose the biggest one would be that Buddhism is somehow “apolitical,” a misconception that many of us are still struggling against, even within academia. The other frustrating thing that people working in non-Western traditions regularly encounter is an assumption that we’ll be conveying the Buddhist view on politics. It’s such an arrogant assumption to believe that all of these rich traditions can essentially be boiled down to a clear set of core ideas, whether related to politics or any other topic. This book tries to identify an influential tradition of political thinking within Burma/Myanmar’s recent history, but I also try to make clear that 1) it’s not the only one and 2) even within it, there’s immense variation in how people use the concepts and ideas that come from their religious belief and practice.

The word “demonize” there is worth further investigation, along with dehumanize (as some Buddhist clerics have likened Muslims to dogs). The fluidity of the Buddhist moral universe allows this sort of language and, I think, genuine belief on the part of Buddhists. As Walton notes, “I particularly want to push back against instrumentalist arguments about the ways religion is “used” in politics, instead showing that actors are themselves deeply embedded within their religious worldviews.”

A great take-away from this book is, as noted in Walton’s words above, the need to bracket many of our assumptions about Burmese politics. For many in the West this also means bracketing assumptions about Buddhist ethics, a topic usually conveyed in very simple and almost universally positive language. Bracketing such assumptions and past (mis)education helps us to see things as they truly are. 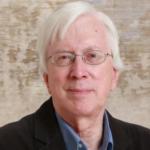 February 20, 2018
Burn Out? Never: A guide to Compassionate, Mindful Activism
Next Post 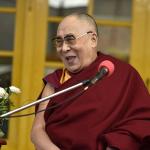