Andrea Winn, initiator and author of Project Sunshine (.pdf), is raising funds for a second phase of her work. Project Sunshine detailed abuse of power in the Shambhala Buddhist community, with hopes that those in positions of power in the community would acknowledge and openly work through issues of abuse in their community. Addressing the need for a second phase, Winn writes:

Sexual harms are widespread in Shambhala and have not been dealt with in a safe, transparent fashion.This has led to a breakdown in trust between Shambhala International and the community.

This is not an enlightened society – people must be safe when reporting harms, and the harms must be stopped and healed. We are learning of abuse in Shambhala including at the highest level, like Trungpa Rinpoche, the founder of the Shambhala community and other trusted teachers. Learning of this is impacting the core faith of many members. There is a crises of faith happening that needs an unbiased and caring response.

While Shambhala International leaders have acknowledged the abuse and announced steps to address it, they have decided to do this without involving Winn and others who contributed to Project Sunshine. Diana Mukpo, former wife of Chögyam Trungpa, wrote a her letter distancing herself and Shambhala International from the project, stating that, “our tradition is not one that allows for mindless mob justice spun from aggression and half-truths.”

Andrea was excited to work with the Shambhala Office of Social Engagement since there is a direct alignment between oppressions through racism and sexual violence. However, the Office of Social Engagement attempted to dissuade Andrea from publishing the Phase 1 report and criticized her naming an abuser on the Shambhala Council (who has since recused himself from any work on sexual violence on the Council).

Winn and others have pressed forward with their work, described as “a grassroots healing initiative for the Shambhala Buddhist community to deal with the sexualized violence in the community.” It is aimed at Shambhala members world-wide as well as other Buddhist communities needing help dealing with abuses of power.

This video, from the Phase 2 fundraising page, describes where Winn would like to take Project Sunshine next:

In the project overview (.pdf), the process is described as a four-month project to develop a Community Healing Toolkit based on the Mi’kmaq Community Engagement Toolkit on Sexual Violence (.pdf).

Before the official ‘distancing’, senior members of Shambhala International expressed support for Project Sunshine. Today, Shambhala International is conducting a process open to members only. This lack of transparency has caused frustration for Winn and other survivors of abuse. A positive step they have taken has been in reaching out to An Olive Branch, an organization specializing in dealing with abuse in Buddhist communities.

As of now, the fundraising effort is “trending” on Gofundme, with over $3,300 raised, including over $1000 in the last three days. The goal is still far ahead though, at $55,150. You can find out more and contribute to the work of Project Sunshine Phase 2 at https://www.gofundme.com/project-sunshine-phase-2.

And, as always, you can support independent coverage of Buddhism by joining a community of fellow learners/practitioners at Patreon. 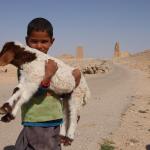 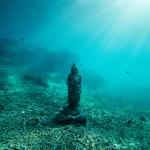 April 26, 2018 Buddhists and Social Justice: Escaping this world, or our delusions about it?
Recent Comments
0 | Leave a Comment
"https://www.theguardian.com..."
Donalbain Vaccines, Pharmaceutical Companies and the CDC
"I've read that borderline persons have a high sense of fairness and BPD is soooo ..."
steven solomon Borderline Personality Disorder and Buddhism (IV)
"I came across this site by accident, It reminded me of a story about two ..."
quacknduck Tourists: Buddha Tattoos are Taboo; as ..."
"eMudhra Limited is a certified body, licensed by the Government of India. eMudhra operates in ..."
Mycaportal Buddhism: Dzogchen and Mahamudra
Browse Our Archives
Related posts from American Buddhist Perspectives