Buddhists and Social Justice: Escaping this world, or our delusions about it?

Buddhists and Social Justice: Escaping this world, or our delusions about it? April 26, 2018 Justin Whitaker

Earlier this week Rev James Ford, who I find myself admiring more and more as time passes, wrote a post suggesting “Ten Rules for Social Engagement.” There he reflects on the Buddhist life, the tensions between monastic and householder callings, being drawn toward that other-worldly dimension vs this-worldly service, and so on.

It is a topic that has been on my mind at least since my early 20s and seems to be a topic of interest to all great religions and philosophies at some point or another. In my 20s, in fact, it was philosophy itself that drew me toward something resembling the monastic life – that of the deep thinker, or whatever you want to call it. I still took part in social action in numerous ways, even co-organizing a ‘peace concert’ in the run-up to the invasion of Afghanistan with friends and my then-girlfriend.

Nonetheless, one of the reasons that particular relationship ended was because she was much more of an activist and I saw myself as a philosopher: her world was one of responding to pressing social issues of the day, mine was pondering them in the context of debates about human nature, sources of morality, limitations to human knowledge, and so on. I admired her activism, but it often felt too reactive to me.

One cannot be both thinking deeply about philosophical things and responding to pressing social issues at the same time. Or at least this is one way to see it.

Some thinkers talk about a vertical axis in religious life (one moving from the mundane toward the divine or awakened state) and the horizontal or relational axis (dealing with just the mundane at whatever level we are at). Philosophical praxis, like Buddhist meditation and philosophical thought, deals heavily with the vertical dimension: moving away from the chaotic complexity of the world in all of its variations and toward ever-simpler and clearer categorizations; from particulars to universals.

And while this can seem like (or be) a ‘ticket out’ of social engagement altogether, one might also understand universals that call us ‘back’ – so to speak, as any question of ever really leaving is debatable. Ford raises one such universal at the very pinnacle of the Buddhist philosophical system, “the implicit call of the two truths. As I have come to understand them the causal world is absolutely true. We arise within this world through causes and conditions. And our choices and our actions create circumstances for others as well as for ourselves. We are all of us caught up, again to draw upon another source, within an indivisible garment of destiny. And, to ground it all, that emptiness of all things that is also true, as fully true as the play of cause and effect, also joins us in a single family of things.”

From profound truth or wisdom to profound compassion

Ford continues, “It has been my experience as I’ve come to taste the realities of the consequences of my behaviors and the fact that it is all from before time empty, raises in my heart a sense of care, of compassion for others, of what we in the west call love. And because of this I find a need to redouble my efforts to be of use for others as much as for myself.”

Of course, to reach this understanding of the two truths in the heart – not just in the head – takes time and deep contemplation, time away from the distractions of climate change, impending wars, or more localized ones like crazy neighbors and difficulty parking, and whatever else one feels most compelled to worry about at this moment or the next. One of the crucial virtues or values of Buddhist ethics is, after all, renunciation. As Peter Harvey writes, this is a virtue of importance to both monastics and laypeople:

Giving fosters not only moral development, but also spiritual progress, because of its aspect of renunciation and non-attachment. It is the first of the ten Bodhisattva ‘perfections’ in both the Mahayana and Theravada traditions. (Introduction to Buddhist Ethics, p.63)

Harvey goes on to cite the popular Jataka tales in which the Buddha-to-be cultivated renunciation and generosity as a lay person.

Ford also points us to some early Buddhist teachings that concern themselves with our world, drawing from Walpola Rahula’s What the Buddha Taught, “Among these Venerable Walpola cites the Cakkavattisihanadasutta from the Digha Nikaya  (number 26) as an illustration of [the Buddha’s] concern with the material life. In this text the Buddha specifically addresses poverty (daliddiya) as the cause of theft, falsehood, violence, hatred, and cruelty. Elsewhere in the Kutadantasutta  he rejects punishment as the way of solving social ills, saying the fix is to address poverty, and that society through its governments needs to be involved in ways to mitigate the suffering of people.”

To escape the world? Or our delusions?

And yet earlier in the post, Ford says something that I’ve wrestled with (and continue to) for some time:

I find it inescapable that he points to something at the heart of Buddhism. Which is that right at the heart of the Buddha’s analysis was a rejection of the world. The original Buddhist sangha was a band first of monks and then of monks and nuns who had turned their hearts from the world and toward their own personal liberation. That seems inescapable. Yes, the community quickly expanded to be a four-fold one of monks and nuns and lay men and lay women. But, the lay person, while throughout Buddhism’s history are thrown an occasional bone, where it is acknowledged almost always reluctantly that even a lay person can achieve liberation, for the most part their task is to support the monastic community and to reap the benefit of that merit in a future life where they will join the renunciants.

Otherwise the world is saha, something to be endured until it can be escaped.

In a sense, this is true – as I note above, the philosopher / Buddhist practitioner turns away from the world toward higher truths. But I worry that this is too often understood too literally or excessively.

That is, I think the ‘rejection of this world’ shouldn’t be seen as a ‘pure’ looking upward, or a pure kind of navel-gazing, as if this is to be the sole occupation of the Buddhist monk or nun, in the Buddha’s time or any time since. The rejection ‘of the world’ is simply a means of peeling back the fingers of clinging to this world, to this or that issue, to this or that outcome from one’s actions. To use the image of our gaze, it is an attempt to get us looking up from our toes and into an upward direction: to see out, across vistas of thought, and up, toward those universal truths.

But I don’t think we can say simply that the Buddha saw the world as something to escape. Samsara: our habitual clinging, craving/aversion, confusion and suffering: that is to be escaped. But not the world. The world is this body and our perceptions arising from it.

And as such, awakened beings don’t really escape the world. Just as the Buddha was in and engaged with the world after his awakening, meeting with political leaders, dealing with monks (one could think of him smacking his head every time a report came in about a monk doing this or that crazy thing… okay, okay, we’ll make a rule saying that monks cannot request that laypeople build them special dwellings. Okay, okay, we’ll make a rule saying an extra alms bowl may be kept ten days at most. Beyond that, it is to be forfeited and confessed. Okay, okay, if any monk, when talking to a lay woman, hints at the spiritual benefit of sleeping with him, that will require a chat; and so on), as well as giving advice to laypeople.

It’s a matter for a separate discussion, but I wonder if the language of “escape the world” is a kind of reflection of our current (Western) ennui, similar to the way Victorians read the Buddha as a scientific empiricist and certain aspects of Buddhism were used to legitimize abandonment of sexual mores in the 1960s and 70s. No doubt each has truth, but each is also a reflection of each particular adopter of Buddhism.

That said, just as I see the Buddha as having done work similar to that of many philosophers of the West, those especially who recognized philosophy as a spiritual practice, I also see the Buddha as having been fully in the world, right to his dying day. This might be a result, admittedly, of my own move away from a life of somewhat solitary secluded philosophical pondering and Buddhist practice and toward a life cherishing community, society, family, and relationships. The teaching of escape here is one of escaping our own delusions, aversions, and desires, allowing us to be more fully and presently in the world with others. And from here, like Rev. Ford, I find myself drawn to service of others.

When I enter into the realm of social justice, as I sometimes do, I often quickly find myself feeling reactive, feeling overwhelmed, feeling as if my gaze, drawn downward, is preventing me from truly seeing those around me and leading me to bump heads with anyone going in even slightly a different path as me.

Here, Ford’s “pointers for someone who wishes to engage social justice” are especially apt. Boiled down, they are: generosity, selflessness, honesty, gentleness (an especially difficult one for me when it comes to debating ideas, I find), humility, non-violence, patience, and humility again – here especially intellectual humility or ‘not-knowing’.

He concludes, in a sense applying many of these principles, modeling, as it were for the rest of us:

At the same time we’re not excused. We must act.

It’s going to be one continuous mistake. That’s just how it is. And, I know how true this is of me. I don’t have enough fingers or toes to count my mistakes, blunders, self-serving misstatements and actions. However, if our actions are guided by these ten principles, then I believe we have a somewhat better chance of doing good than ill. So, fall down nine times and stand up ten.

And, I don’t know, maybe that’s as good as it gets.

And, maybe it will even be enough… 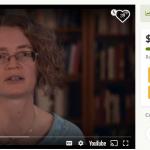 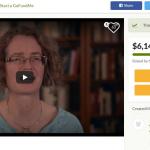