A new report detailing widespread sexual abuse, criminal sexual assault, and community complicity in Shambhala has been published today by Andrea Winn’s Buddhist Project Sunshine.* The report is 46 pages long and addresses a number of questions that have arisen since the second report. It also features new findings from Carol Merchasin, an independent investigator invited to look into allegations against Shambhala leadership and in particular Ösel Rangdröl Mukpo (aka Sakyong Mipham Rinpoche).

Mukpo/Sakyong is the son of Chögyam Trungpa, the charismatic founder of Shambhala Buddhism, and the current lineage holder.

But the report also cites popular writer and teacher Pema Chödrön as having “retraumatized” a Shambhala rape survivor and lists leaders who are alleged to have been involved in one of the instances of group sexual assault. Those leaders are listed on page 16 of the report along with the names of others involved in that and other incidents.

Perhaps the most powerful aspects of the report are the first-hand accounts of complicity and the Sakyong’s early bad behavior. Both show a side of Shambhala which had little to do with Buddhism and seemed much more like an organized sex ring. In the first letter, coming from a woman detailing her long relationship with the Sakyong, leadership in the organization are described as “vajra pimps” (vajra being a Sanskrit word meaning diamond or thunderbolt, a common image deployed throughout Tibetan Buddhism).

It was a strange thing, sleeping with the guru while also still in a relationship with my then-partner, with both of them completely aware of the other. Looking back on it, it seems that this open secret was acceptable within the community only because this was a pattern that had been happening for so long, since the time of the Vidyadhara [Chögyam Trungpa].

Thus, if this and the many other accounts coming out are correct, an organizational and widely-known (at least among leadership) practice of providing a ready supply of women for the purpose of sexual gratification of leaders in Shambhala goes back to its very beginnings.

Following this woman’s long sexual relationship with the Sakyong, she writes of being bizarrely “ghosted” and ignored by spiritual leader and eventually, she writes, “My connection to the sangha, which had been my entire world, began to crumble. I felt that I couldn’t talk to anyone about my experience, because I felt that sharing my intimate experience with others might pollute their relationship with their teacher, or sow discord in general. So I remained silent, and felt great shame in my inability to practice, in my anger at my teacher, for breaking my samaya.”

This misunderstanding of samaya, or commitment to a teacher, seems to have been promulgated and exploited throughout Shambhala Buddhism, as well as by other teachers of Tibetan Buddhism in the West.

As Yongey Mingyur Rinpoche wrote last year in Lion’s Roar, “In these circumstances [of abuse or sexual misconduct], it is not a breach of samaya to bring painful information to light. Naming destructive behaviors is a necessary step to protect those who are being harmed or who are in danger of being harmed in the future, and to safeguard the health of the community.”

I would posit that nobody in Shambhala was given this information. To the contrary, they and members of other similar organizations were shunned for bringing up the very possibility of wrong-doing among leadership. For them, the teaching was that all of this is perfectly fine, that they, as unenlightened beings, weren’t to judge such things, and that, anyway, Shambhala was creating an enlightened society, so they should just deal with it – on their own.

This is an important structural feature of destructive religious groups, promoting and giving power to abusers and isolating and shaming their victims. Seeing this structural feature, it is not surprising that there were dozens, perhaps hundreds or more victims and that the abuse was known throughout the organization.

And it’s also no surprise that so few will come forward. They feel varying degrees of alone and ashamed and want more than anything to just get on with their lives. Watch Spotlight. It’s a dramatization of real-life events in Catholicism, but it exposes the institutional failings, the power of religion, and the power imbalance preyed upon by abusers similar to reports about Shambhala leaders.

What surprised me was how few women have come forward, especially since I know that many of their experiences were as weird as my own. I know firsthand of at least seven other women who have slept with SMR, all friends of mine from long ago—and none of these women have yet come forward. (Women, where are you?)

Of course I knew, and had always known, much of what had been going on with SMR—his womanizing, his sloppy handling of “relationships”, the string of hurt women in his wake, conveniently labeled after the fact as bitter or difficult.

We all knew. Jesus Christ, WE ALL DID. I am astonished by the quotes given by senior teachers and practitioners who claim that they had no idea what SMR was up to behind closed doors.

We were all complicit. Myself included.

At one point in her statement, the author writes, “And, although it was certainly an unusual situation, into bed I climbed. Naively, but willingly.” But she also writes that she had a BA in Buddhist Studies and later went on to study for an MA at Naropa University. Sure, she can fairly and humbly say she was naive, but I would suggest that she was likely more knowledgeable of the nuances of Tibetan Buddhism than 95% of the people who walk into a Shambhala center today.

How safe should they feel?

The “Statement on early poor behavior of the Sakyong” which follows gives another account of how abusive religious leaders groom and exploit and then berate and shame and silence victims.

The report also asks a further question: “Can good fruit grow from a rotten seed?” referring to the current system of appointing different levels of teachers. There, Andrea praises Ethan Nichtern, discussed recently here, for giving up his teaching title within Shambhala and for sharing openly his decision process with the world. She goes on to question the place of the well-known writer and teacher Pema Chödrön on the transition (leadership) team, quoting the statement of a woman who “was raped at the age of 21 by a Shambhala Center director.” This woman says that she then went to Pema Chödrön to report the incident and was told by Chödrön, “I don’t believe you,” followed by, “… if it’s

true I suspect that you were into it.”

All of this is followed by the investigative report by Carol Merchasin, who at the outset states her independence from Buddhist Project Sunshine. That report will be discussed in an upcoming post.

Do you find benefit in this blog?
Please support independent coverage of Buddhism and join a community of patrons here. 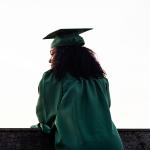 August 22, 2018
A Teaching Philosophy as Revolutionary Manifesto
Next Post 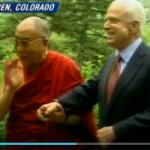 August 27, 2018 The Dalai Lama offers a tribute to Senator John McCain
Recent Comments
0 | Leave a Comment
"https://www.theguardian.com..."
Donalbain Vaccines, Pharmaceutical Companies and the CDC
"I've read that borderline persons have a high sense of fairness and BPD is soooo ..."
steven solomon Borderline Personality Disorder and Buddhism (IV)
"I came across this site by accident, It reminded me of a story about two ..."
quacknduck Tourists: Buddha Tattoos are Taboo; as ..."
"eMudhra Limited is a certified body, licensed by the Government of India. eMudhra operates in ..."
Mycaportal Buddhism: Dzogchen and Mahamudra
Browse Our Archives
Related posts from American Buddhist Perspectives