That’s not to say that Buddhist economics isn’t real or isn’t based in longstanding historical traditions. But it does mean that whatever it is, it will require thought from both the Western philosophical tradition (tracing, for instance, the history of the term economics to its Greek roots) and Buddhism: looking at how Buddhists have advocated for certain trends or policies or enacted them when in positions of economic power.

Check out my recent post for some videos on the topic; as well as the book called Buddhist Economics (2017) by Clair Brown, a UC Berkeley Professor of Economics. And, if you can get ahold of it, James Mark Shields essay in the Oxford Handbook of Buddhist Ethics (2018) is phenomenally good [the hardcover is reduced in price now from $150 to $115; still way too much for the casual reader, but worth it if you are serious about the topic; with 30 chapters, that’s just $4/chapter. For those not interested in purchasing, your local university library should have a copy or be able to acquire it].

For now though, a video detailing a bit of Bhutan’s economic policy. I haven’t checked the facts on this, so please offer links to studies/articles if you have them; but it looks solid on first glance. A noteworthy aspect of the video (and Bhutanese economics) is the recognition of the connection between economics and the environment.

This seems to be a continuous tread in Buddhist economics, that it starts with a critique of greed and consumption, which tends to be at the foundation of capitalism and seems to find its way into socialist economies as well (thinking of Mao’s Great [material] Leap Forward and other socialist policies aimed primarily at material progress). In Buddhist economics, ideas of sufficiency, de-development, and turning toward Gross National Happiness as a fundamental measure are stressed.

It’s also worth noting that Bhutan is not a perfect place where everyone is happy and problem-free. In discussing the promises of an economic system such as theirs, we must be fair about the social and economic problems of the country. 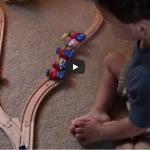 November 2, 2018
A 2-year-old solves the trolley problem (and a note on Buddhist ethics)
Next Post 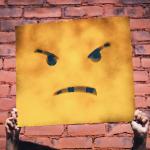 November 15, 2018 Netizen Nastiness: Can there Be Compassionate Social Media Use in the age of Trump?
Recent Comments
0 | Leave a Comment
"folks hav to learn the local laws wen they invade the space"
Joe Biggs Tourists: Buddha Tattoos are Taboo; as ..."
"too polite ..if folks are ignorant of local laws they hav to be brought to ..."
Joe Biggs Tourists: Buddha Tattoos are Taboo; as ..."
"Five years, a rescued street-cat from Texas (by way of Seattle). His trip to Hong ..."
Justin Whitaker Progressive responses to the 2020 election ..."
"Big move. How old is your cat?"
Brian Lang Progressive responses to the 2020 election ..."
Browse Our Archives
get the latest from
American Buddhist Perspectives
Sign up for our newsletter
POPULAR AT PATHEOS Buddhist
1