A 2-year-old solves the trolley problem (and a note on Buddhist ethics) November 2, 2018 Justin Whitaker

(and ‘solves’ definitely isn’t meant in the sense of ‘resolves’)

The trolley problem, shown above, was developed by 20th century Moral Philosopher Philippa Foot and is a favorite among moral philosophers (also disdained by some) for testing the moral intuitions of students. Do we do a quick calculus and push the lever, saving the 5 and killing the 1. Do we let the train kill the five, considering ourselves blaimless because we did nothing, whereas pushing the lever would mean intentionally acting to kill a person.

Once a group of students has chosen and is weighing the merits of each choice, a professor can make any number of modifications:

Those disagreeing with the problem in principle note that it doesn’t resemble the kinds of moral decisions a person is ever likely to make in real life.

But for those who think it approximates (or better, highlights) the kind of reasoning we do do, any number of twists on the problem can seem illuminating for the character or decision process of those asked.

For instance here, we get the perhaps amusing, perhaps horrifying choice of a toddler: let’s find a way to kill all 6 people.

For those interested in childhood moral development this might prompt thought about the stages of moral thought in young children, perhaps extending studies similar to this out (obviously with many participants) at different ages to see when notable differences occur. At such a young age with toys it is easy to assume that the child sees this as a game and doesn’t abstract to a scenario with real people in the way that our college students do. Could that change at age 4, age 8, age 12?

Jean-Jacques Rousseau (1712 – 1778) had a theory of moral development in which a child was utterly incapable of moral reasoning until around age 13; whereas John Locke (1632 – 1704) had the maxim, “Reason with Children.” Ignatius of Loyola, the founder of the Jesuits, famously said, “Give me a child for the first seven years and I will give you the man” (the origins of the quote are disputed). More recently, developmental theories by Piaget, Kohlberg, and Gilligan have drawn interest from psychologists, educators, and philosophers.

Last year, Harvard’s Joshua Greene presented on the trolley problem as addressed by Buddhist monks; via the work of Xin Xiang, an undergraduate researcher who wrote a prize-winning thesis in his lab titled “Would the Buddha Push the Man off the Footbridge? Systematic Variations in the Moral Judgment and Punishment Tendencies of the Han Chinese, Tibetans, and Americans.”

According to Xiang’s work, the Buddhist monks were most likely to kill the one instead of the five (a decision shared with psychopaths and economists, jokes Greene). However, Greene argued that the reasoning for the monks answers was different: “When [the monks] gave that response, they said, ‘Of course, killing somebody is a terrible thing to do, but if your intention is pure and you are really doing it for the greater good, and you’re not doing it for yourself or your family, then that could be justified.’”

The fact that Buddhist monks in the experiment answered differently on average from others also presses us to look at the ethical development of Buddhists; and, as with the children, to likely press for more data. Interviews on the motivations of the monks could reveal just the thoughts that Greene suggests, and this would be consistent with at least some Mahayana ideas of upaya (skillful means). Simply zeroing in on the ethical responsibility stressed in (nearly) all forms of Buddhism could also account for this choice: with the teaching on karma and intention from the Buddha it is clear that even not acting in this scenario is a choice and (paradoxically to many Westerners) an action. (It is an action of the mind, which is a valid form of action/karma in Buddhism, whereas many in the West would sharply distinguish thoughts from physical actions.) 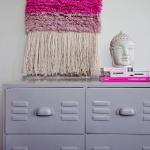 October 2, 2018
6 Reasons for the creation of Himalayan art, only one is "devotional"
Next Post 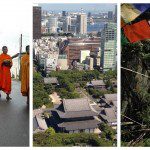 November 15, 2018 Buddhist economics in action: Bhutan
Recent Comments
0 | Leave a Comment
Browse Our Archives
get the latest from
American Buddhist Perspectives
Sign up for our newsletter
POPULAR AT PATHEOS Buddhist
1