Introducing A Field Guide to Christian Nonviolence—and Myself

This Sunday, June 12, I’m speaking about Christian nonviolence with my friend Ryan Yazel at South Bend City Church, as part of a sermon series on their mantra “Everyone an Icon.” This is probably as good a time as any to mention that the book I coauthored with my friend Myles Werntz, A Field Guide to Christian Nonviolence: Key Thinkers, Activists, and Movements for the Gospel of Peace (Baker Academic, 2022), is now available! 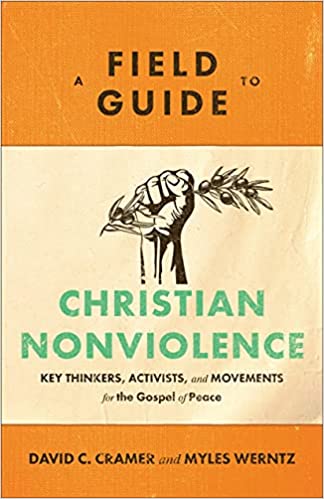 The book arose out of an article by the same name that I wrote a number of years ago for Sojourners. The premise of the article (and now book) is stated succinctly in the article’s subtitle: “There are different ways to understand the gospel’s call to peace—and that’s a good thing.”

Whether or not you consider yourself an adherent to Christian nonviolence, we think there’s something in the book for you. And, if you’re reading this from South Bend (hi!), you should buy it locally from my friend Kathy at Brain Lair Books.

If you want a taste of the book before buying it, Myles and I have appeared on a few podcasts to talk about it, including the Uncommontary Podcast with Marty Duren, Common Good Podcast with Doug Pagitt, New Creation Conversations with Scott Daniels, Dangerous Dogma with Brian Kaylor, Thinking Out Loud with Dave Hallahan, Bibleology Podcast with Patrick Hamilton, and Theology in the Raw with Preston Sprinkle.

If you’re new to the blog, you might be wondering who this guy is writing about Christian nonviolence. Good question. My name is David Cramer, and I’m the pastor at Keller Park Church, a small, Anabaptist, urban church in South Bend, Indiana. I’ve been pastoring there since 2017. Last year, we joined the Mennonite Church USA after we had some irreconcilable differences with our former evangelical denomination. So that makes me a Mennonite, which might be a little misleading if you aren’t familiar with Mennonites. We don’t all wear plain clothes (or even plaid), and we aren’t all “ethnically” Mennonite. See, here’s a picture of my family and me at the movies:

I grew up in an evangelical church and went to an evangelical college and seminary. We were pretty “God and country” (and Republican) growing up. But I nevertheless learned that God loves everyone. And, after 9/11, I started to think about how that “everyone” included my enemies. That thought got me reading some Anabaptist history and theology, which I first thought was pretty out there but eventually came to embrace. So a few years out of seminary, I went back to grad school at Baylor University to study theology more intently, ultimately receiving my PhD in theology and ethics at Baylor.

While in Waco, our family attended a little Mennonite house church called Hope Fellowship. The group of loving and loveable odd balls taught me about the Mennonite faith as an embodied faith in ways that my academic study couldn’t.

While in Waco, I also co-edited (with Jared Burkholder) a book on the relationship between Anabaptism and evangelicalism, The Activist Impulse: Essays on the Intersection of Evangelicalism and Anabaptism (Pickwick, 2012), as I was wrestling with that question for myself. Editing that book also helped to hone my editing skills, which I still use today as the managing editor of the Institute of Mennonite Studies at Anabaptist Mennonite Biblical Seminary (AMBS) in Elkhart, Indiana. (I do that half-time and pastor half-time.) At AMBS, I also teach the course Christian Attitudes toward War, Peace, and Revolution, which gives me regular opportunities to think through questions of violence and nonviolence in a community of scholars and practitioners from around the world. (You can read more about my academic interests on my AMBS page.)

So that’s a bit of background on why I coauthored a book on Christian nonviolence. It’s something I believe in, advocate for, and think about a lot. But since I try to be nonviolent in all areas of life, it isn’t something I would try to force on anyone else. I hope that, if you get a chance to read the book, you’ll encounter a living tradition that invites (but doesn’t coerce) you to join in. And if you find yourself in the South Bend area, look me up, and we can talk! Or, if you live farther away, you can find me on Facebook, Twitter, and Instagram—or right here on the good old-fashioned blog.

About David C. Cramer
David C. Cramer is teaching pastor at Keller Park Church in South Bend, Indiana, and managing editor at the Institute of Mennonite Studies at Anabaptist Mennonite Biblical Seminary in Elkhart, Indiana. He is co-author of A Field Guide to Christian Nonviolence (Baker Academic, 2022). You can read more about the author here.
Previous Post 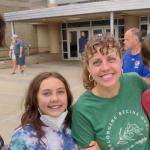 June 11, 2022
Recent Comments
0 | Leave a Comment
"Thank you, David! I am an atheist, once Evangelical. This touched me. We are indeed, ..."
Steven White Christian Nationalism and the Gospel ..."
"In the New Testament the Gospel is proclaimed that Jesus is the Lord of the ..."
the old scribe What is good news and how ..."
"Excellent article! You gave a "good answer." Thank you. The Lord is never offended by ..."
the old scribe The Syrophoenician Woman: Speaking Boldly (Mark ..."
"If anyone is interested, to back up Mr Cramer's point about twisting scripture, here's some ..."
Iain Lovejoy Priscilla: Coequal Partner and Pastor (Acts ..."
Browse Our Archives
Related posts from Anabaptist Revisions 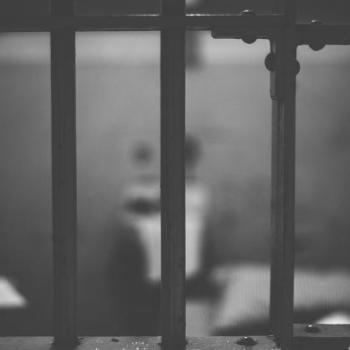