The End of White Christianity in America

The End of White Christianity in America September 13, 2017 Andy Gill 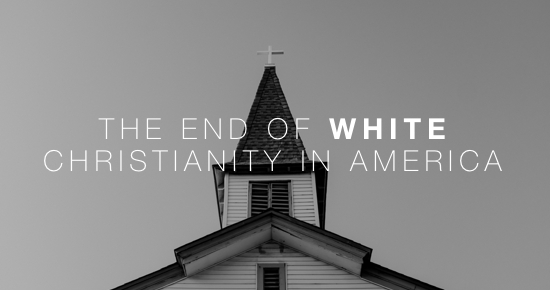 Christianity isn’t dying, the color of it is just changing.

Is This The End of White Christianity in America?

A few weeks ago I went to a church service for the third time in a long time.

But what made it uncomfortable was the remaining undertones of a euro- and an androcentric type of gospel (i.e. serves the white males experience).

From the moment I walked into the Church – the style, the people, the art depicting a white version of Jesus, all the way to the music playing in the background… it echoed “Jesus is white.” The speaker was a white male; which is fine. Genuinely.

At the end of his message, he refreshingly and unexpectedly did a Q & A.

The group was small and so, it somewhat felt alright for me to ask a question.

Obviously, I did it…

Raising my hand, I nervously posed the question, “What do you think Jesus would say to the oppressed person today?”

There was an immediately felt tension. You could visually see and feel a discomfort. This wasn’t a “gotcha” type of question; although, with so many social justice warriors with ill and thoughtless intentions these days, I understand why one would feel this was that. Again, it wasn’t.

The idea was simply to shine light on the downtrodden’s experience and as un-awkwardly as possible elude to a different perspective. All of this was with an underlying hope in alleviating this feeling of shame; a shame we can feel for not being able to “will” ourselves up and into the presence of God, or, a position in which we’re most likely to find healing…

“Theology that casts caring for the poor & the powerless as optional to a meaningful Christian life is heresy…” | https://t.co/Cs5EaPygAs pic.twitter.com/1adz7yHChN

It’s not that they’re not trying (they are; especially this church in particular); it’s that there’s this overwhelmingly felt disconnect; there’s a felt tension from what I think is this “us” vs “them” type of narrative. It’s as if some are realizing (like all of us eventually will) they’re time is coming to an end.

[This is why I speak up whenever given the chance; this is why I write and post online as consistently as possible… there’s a fear within well-intentioned POC that our differing experience might offend or cause some type of triggered visceral reaction (many times it does); so, we remain silent; I choose not to.]

It’s a bizarre and awkward transitional time for us all; as white Protestant men are realizing they’re now only but nominally controlling the future of our church. We see this in the dissipating Sunday attendance rates, the rise of the “nones,” and the constant splitting of predominant mainline denominations.

Researcher Daniel Cox, who recently published The End of White Christian America, points out that “Though atheists and agnostics account for about one-fourth of all the religiously unaffiliated, 16 percent of the unaffiliated identify as ‘a religious person.'”

In other words, the church isn’t dying because we’re all becoming atheists… the problem is that white Christian leaders haven’t been adapting fast enough.

Possibly, this is why our presence (women, POC, LGBTQ, etc.) is sometimes seen as a threatening liability or our curiosity and/or attempt at understanding is seen as this type of condescending rhetorical questioning; when, in reality, it’s neither; at best it’s a misunderstanding that’s pointing to the fact that we operate on completely different worldviews and perspectives on life, the Bible, God, etc. (this isn’t bad, per say; it just is…).

This “us vs. them” type of narrative isn’t even on our radar, let alone something we play out daily.

And, our very definition of sin has been redefined.

The hierarchal structures that have previously given them power are dissolving (at unexpected and uncontrollably fast rates). They’ve been playing this one game and our friends weren’t invited or allowed to join in so, naturally, we just started a new.

Cox goes on to explain, “that baby boomers and senior citizens alike generally group with those who look a lot like them — ‘white Protestant(ism)… has been normal throughout their lives.’ But the under-30 crowd tends to rub elbows with a more diverse group — including the religiously unaffiliated and people of different races and religions.”

This is why non-threatening people who are just different are treated as threats to their environment; people fear what they don’t understand. It’s the powerful truth in that when you’ve become so used to being on top equality then becomes such an uncomfortable inconvenience one mistakes it as oppression.

White Christianity is dissipating, fading, or dying (however you’d like to word this, it’s happening)…

[check back next week and hopefully I’ll have up “The Rise of a New American Christianity…” eh, or something titled along those lines…] 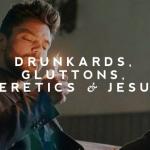 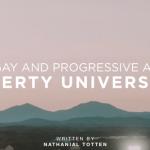 September 15, 2017 Gay and Progressive at Liberty University
Recent Comments
0 | Leave a Comment
Browse Our Archives
get the latest from
Andy Gill
Sign up for our newsletter
POPULAR AT PATHEOS Progressive Christian
1