The Evangelical Concept of Hell Was Actually Invented by Pagans… 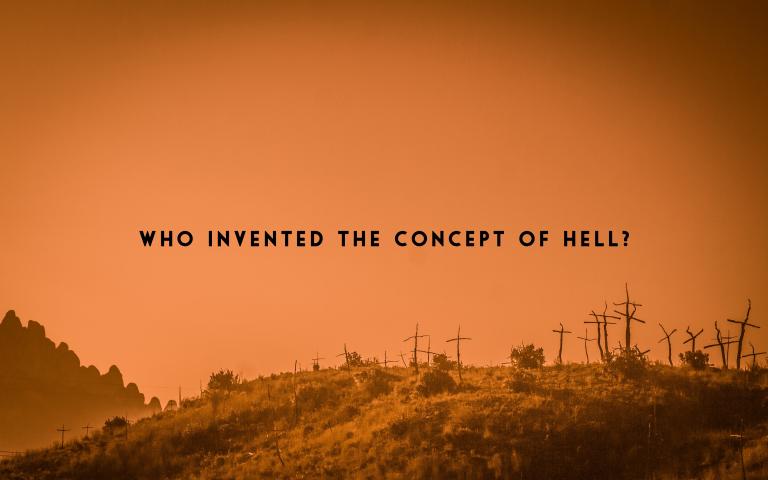 31 They have built the high places of Topheth in the Valley of Ben Hinnom to burn their sons and daughters in the fire—something I did not command, nor did it enter my mind.

How Understanding the Etymology of the Word “Hell” Changes Everything…

The other day someone tweeted this at me:

“When we believe hell is a real place, we warn everyone.”

In their defense, the context of this particular tweet made it feel as if they were defending my frustration of being trolled by white supremacists[1] within the “church” at large… so, while I definitely accepted their sentiments[2] it reminded me of one of my earlier memories in Wednesday evening Pioneer Club when a guest Sunday school teacher chose to teach us (as first graders) about this thing called “The Sign of the Beast”.

While I can laugh about it now, it really did terrify me to the point of which I literally thought that the mole on my forehead may have been this sign of the beast that my “challenged” Sunday school teacher taught me about… (again, as a child).

Many of us “churched” folk have most likely heard it said before… “Jesus mentions hell more than anyone else in the New Testament.” Or, maybe some of us have seen those bumper stickers that read: “Heaven or Hell?: YOUR CHOICE!” We get that this fear of mortality is leveraged against our own interests in some meticulously unscrupulous manner that dictates far too many of our behaviors…

And look, fear isn’t always a bad thing. It’s when fear is utilized as something other than its intended function (e.g. coercion or manipulation) that it then can become toxic.

But to create a culture in which the fear is perpetual is to create an environment that’s toxic to any living or breathing individual (*cough cough* pastors, re-read that last sentence).

Which all in all, has even more so further convoluted an already confusing topic.

For instance, the Etymology of the Word “Hell”… 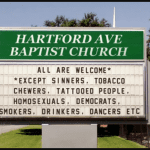 March 6, 2019
Is White Supremacy Hiding Behind the Guise of “Diversity” [in US Churches]?
Next Post 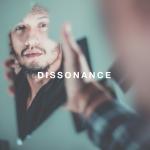 April 9, 2019 A Short Cut to Reconciling One’s Cognitive Dissonance Between the Church and Their Faith
Recent Comments
0 | Leave a Comment
Browse Our Archives
Follow Us!