Should We Feel Shame for Viewing Pornography?

Should We Feel Shame for Viewing Pornography? March 11, 2016 Andy Gill

But Today I’m here to present a different perspective: What if that 10% aren’t so much liars as they are shamed, guilted and fear-driven to the point of having to lie, pathologically, about what’s been [mis]labeled as “the sin of all sins.”

You’re not out of control; you were just born that way.

That uncontrollable urge to have sex, that thing the Church has rarely acknowledged in a healthy manner, it’s not a sinfully symptomatic defect pointing to your “depravity,” it’s actually just a normal symptomatic effect of one’s mere existence.

The culture and tradition of shame the church have effectively created and then leveraged to guilt congregants into buying their Calvinistic theology, in which is convincing us of our depravity; it’s just short of abusive, but yet completely falls into the category of moralistic deism (i.e. Bullsh*t; not Christianity).

You’re not undisciplined, socially inhibited, or emotionally disconnected you’re a normal human being who’s been shamed by the church.

We must differentiate between pathologizing things we, as humans, are biologically predispositioned to do and our [mis]diagnosing behaviors we’ve lost control over; one is normal, the other is pathological. 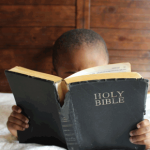 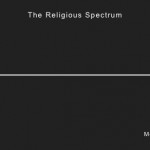 March 16, 2016 The Religious Spectrum: Theism versus Non-Theism
Recent Comments
0 | Leave a Comment
"A church that understands sarcasm! Amazing! Wonderful! Please send a missionary to West Seattle."
bill wald Is White Supremacy Hiding Behind the ..."
"I cannot disagree that America and our history is imperfect. However, the vision of Thomas ..."
David White Redefining the Fourth of July
"It is disrespectful and insulting to put a flag on anything except a flag pole, ..."
bill wald Redefining the Fourth of July
"Bs they complain about everything and everyone different from them, while yearning for the "Second ..."
Garvey's Ghost Redefining the Fourth of July
Browse Our Archives
get the latest from
Andy Gill
Sign up for our newsletter
POPULAR AT PATHEOS Progressive Christian
1