Is the Most Segregated Hour of Christian America Still Eleven O’clock on Sunday Morning? 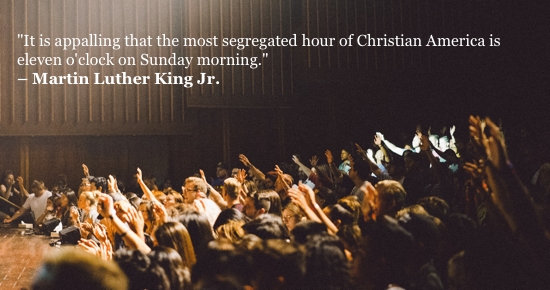 Church hopping is a lot like seeing other people when you’re dating someone else. But, at the same time, nothing like that. Because I’m mainly doing this as a means of supporting friends that speak, preach, lecture or pastor locally. So, naturally, I’ve always done a bunch of “church-hopping”.

Here’s the thing though, as I’ve been going to various East coast cities I’ve been disconcertingly noticing one consistency:

These congregations, they’re all vastly homogeneous.

Still, in 2018. 55 years after Martin Luther King Jr. gave his famous, “I Have a Dream Speech…” And, 54 years after he infamously said, “It is appalling that the most segregated hour of Christian America is eleven o’clock on Sunday morning [1].”

Christian America has become ironically inseparable from a theology of division and racial segregation.

Don’t believe, me? Here’s what the research is saying…

Is the most segregated hour of Christian America still eleven o’clock on Sunday morning?

Sunday still yet holds one of the most segregated hours of the week. Bryan Loritts writes, via Christianity Today, “research ‘reveals’ that ‘8 in 10 (86%) have congregations with one predominant racial group,’ this is actually an improvement in what was previously around 97 percent.”

Sadly, the only things that give a reason for this improvement have been the mass amounts of people leaving Sunday morning programs and no longer affiliating as Christians or, a secularized democratic push for racial inclusion (e.g. taking in refugees; DACA, and various other immigration laws, etc.).

Is it cultural more than it is racial? Are certain pastors actually bigots? Is it that, they truly don’t want people of color in their pews? Does Institutionalized bigotry have anything to do with this…?

As I very and ever so briefly unpacked the mechanics of consumeristic Christianity in my last post; I also want to unpack the unknowingly racist effects it takes on us; then creating homogenous congregations.

Let’s talk about Pizza, Papa Johns, and our consumeristic culture… 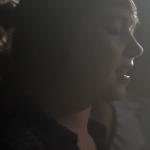 January 15, 2018
Anesthesiological Heresy: How our American Gospel Segregates Us and then Keeps Us From Serving the Poor and the Powerless
Next Post 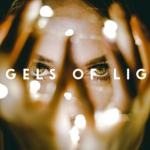