No, the Church of Jesus Christ of Latter-day Saints is not even close to ordaining women to the priesthood.

However, Ordain Women has succeeded in putting the issue of female ordination at the center of public dialogue. In this sense, the Church publicly rejecting Ordain Women’s request for tickets to attend tomorrow night’s Priesthood session of General Conference was far more valuable to the cause than anything that will actually happen in Salt Lake City this upcoming weekend.

Heck, reactionary blogs are referring to you dismissively as the “Ordain Women crowd” as though you are a aimless mob and the editor of Meridian Magazine has accused you of being “intellectual dishonesty.” Yet, these venues are vile. One should not expect or want anything different from them. These slights should be viewed as a badge of honor.

More important than the vitriol and nasty messages you have received, is that people are now talking about female ordination. Not all of these discussions are civil or productive. Yet, in the past week I have had pleasant conversations about the topic, and Ordain Women specifically, with my parents and a local Church leader.

Do these people I have talked to support female ordination? No. But it is something that people are thinking about and discussing. They brought up the topic. Not me. If this is going to be the question which shapes the future of Mormonism, as Joanna Brooks suggests, then this will need to be a dialogue that reaches beyond self-identified Mormon liberals and feminists (as cool as we are). That is happening and largely because of the spark started by Ordain Women.

How do we advance that dialogue? A great place to start is The Challenge of Honesty: Essays for Latter-day Saints by Francis Lee Menlove.

Menlove makes an argument for female ordination that is rooted in both the Bible and Mormon History. It is a well-crafted and thoughtful argument that will appeal to a range of Mormons, even those who do not consider themselves to be 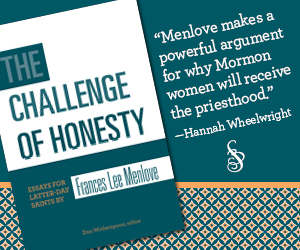 feminist. Menlove’s book contains a number of other spiritual essays and reflections. This book reflects decades of struggle and insight. It was a historical context that I needed and a context that others will benefit from as well.

I am recommending this book as a means of advancing the dialogue because links on a Facebook wall are often followed by snarky comments…followed by contention (though I would still appreciate it if you share a link to this post). If you know of somebody who you care about and want to share with them about women being ordained, sharing with them this book with allow for reflection and discussion.

Don’t take to fight to those who you should be convincing. Instead, give them a gift. 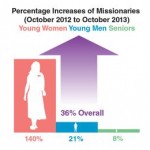 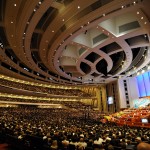