Aliens on our own planet? What science fiction and space exploration can teach us about our sense of place.

Aliens on our own planet? What science fiction and space exploration can teach us about our sense of place. March 4, 2013 Elinor Prędota

I’m not only a Pagan, but also a science fiction fan. I read a lot of Stargate: Atlantis fan fiction in my downtime. A frequently recurring theme in these stories is that the planet that the SGA1 team emerge onto is a small, agricultural culture, with no word, in their own language, for the planet they live on. To the SGA team, the place they arrive in is a specific spot on a planet with a specific designation. To the local people, it’s just the place where they live: their place.

The movement in globally dominant culture from a local to a global sense of place is a fascinating and complex one. First, there was global trade, which went on for millenia, with only merchants really doing much travelling. Then, there was European exploration, the ‘discovery’ of the ‘new’ worlds of the Americas, which rapidly led into exploitation and forcible expansion into those lands. The same pattern was repeated in Australasia.

The industrial revolution, combined with European imperialism, shaped a way of living and thinking – particularly in Britain – in which the local and the national was valued as a patriotic good, worthy of having dominion over an Empire on which the sun never set, but was in fact utterly dependent on that Empire, upon the wider world, for its existence and maintenance.

And then came space exploration.

In 1968 the first images of the Earth, a beautiful blue, green, brown and white orb resting in space, made their way back to us here on Earth from the astronauts of the Apollo 8 lunar mission. 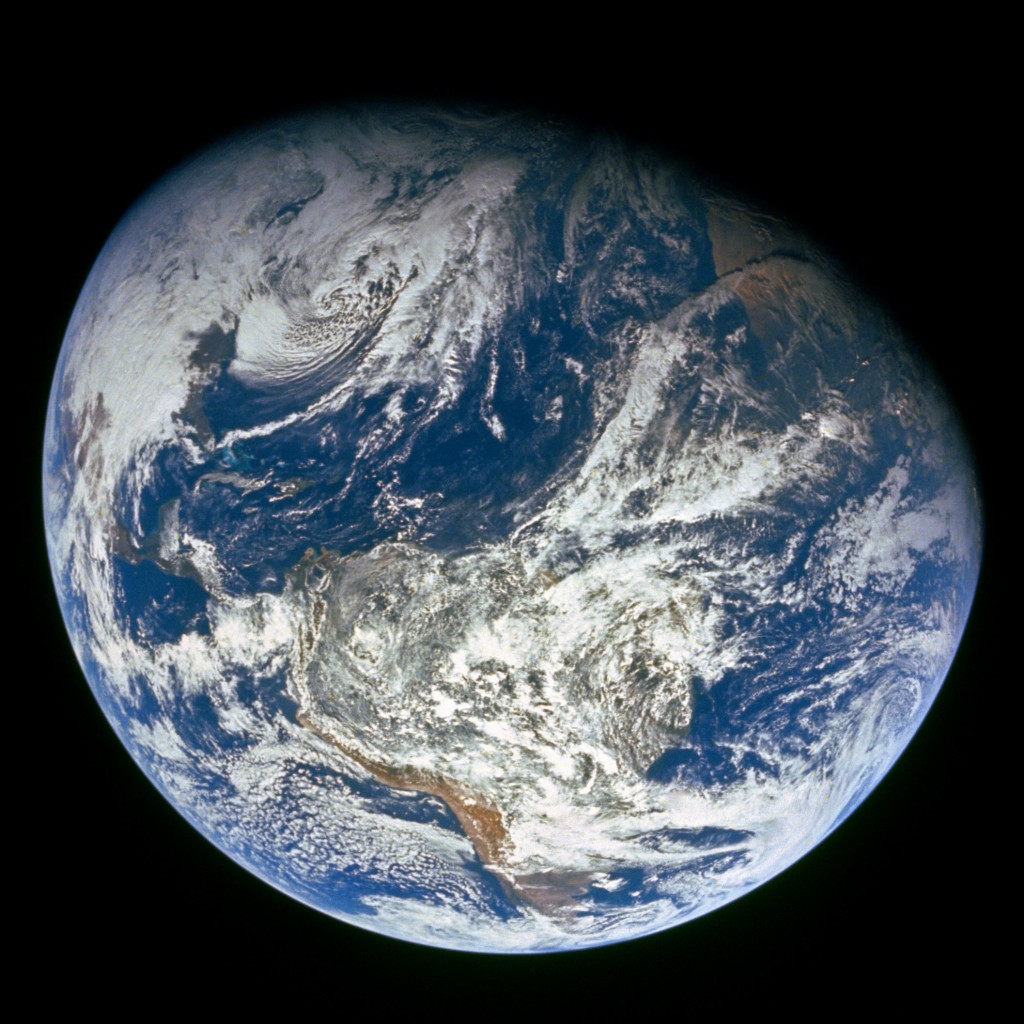 “Before humanity ventured to the Moon, our view of our home planet consisted of what we could see from horizon to horizon. It was not until this stunning photo (along with many others) came back to Earth with the Apollo 8 astronauts in late December 1968 that we saw Earth as a vibrant, delicate, blue and white globe framed by the velvety blackness of space.”
NASA Earth Observatory

Many astronauts describe the expansive, cosmic sense of awe, fragility and oneness that their experience of seeing the Earth from space with their own eyes evokes. This sense is expressed beautifully in the short documentary, OVERVIEW.

It becomes possible, seeing the Earth as a whole planet, to think of the whole Earth as our home. We begin to be able to relate to, to empathise with, the Earth as one ecosystem, one Being. We begin to feel a sense of kinship with and humility in regard to all of the living beings of the earth – human and non-human – and with all of the Earth’s life-giving and life-supporting systems.

And yet, in this expansion of cosmic consciousness, this encompassing of the whole, there is the risk of becoming ungrounded, losing our connection with actual living beings in the heady rush of Connection with Everything. In our Earth-consciousness, we become separated from the earth under our feet.

It’s a common issue in spirituality: the cosmic, expanded consciousness becomes like a drug. We get high on ecstatic union, and forget – or wish we could forget – that we live in space and time, that we have relationships and responsibilities, that the day to day is made up of the ordinary, which we need to experience with ordinary consciousness in order to function in the world.

One way to bridge the gap between the cosmic and the ordinary is by returning to exactly that which many of us have lost in the globalisation of awareness and culture: a sense that the world we can see, from horizon to horizon, is our place. To return to this sense, we need to explore our place, wherever that is, both as alien explorers, with genuinely open minds, eyes, ears and noses, curious and full of wonder, and as beings enmeshed in the life of the land, allowing the knowledge we gain through our openness to become embedded and embodied in us, and return to the wider life of the land through us.

We may often feel alien to ourselves and to the life around us – alienated – but the truth is that we are not. Not only this planet, but the land we stand on this very moment is our home – and we need to start behaving like it.

March 1, 2013
Make Magic of Your Life: wherever you are
Next Post

Building For A Future We Won’t...
John Beckett
Related posts from A Sense of Place