The ordinary, everyday occult knowledge of herbs, flowers and beasts

In the third in my series relating the content of Christine Hoff Kraemer’s book on Pagan theologies, Seeking the Mystery, to my own sense of place and spiritual practice, I’m considering ‘occult’ knowledge, or gnosis.

As Christine’s writing emphasises, Pagans’ knowledge in relation to theology, religious devotion and spiritual practice is largely based in experience, rather than in text. The experience of mystery may come through devotional practice, and from that experience may come personally received knowledge about further practice, or the meaning of an event. This knowledge is occult, in that it is hidden, inner knowledge, not found through the rational mind but through bodily experience and creative connection. It is a form of personal gnosis.

Like many other Pagans, I seek occult knowledge and personal gnosis in formal ways, through practices such as ritual and the reading of Tarot cards. But they also find me when I’m not looking for them, often in relation to the more-than-human inhabitants with whom I share this landscape, and through conversations and interactions with friends.

A few weeks ago, my friend J, with whom I share devotion to a specific group of deities, called me up to say that one of these deities had given him a message for me. Part of the message was that I needed to grow some lovage, a tall, leafy herb that smells and tastes rather like celery.

The next day, I met a different friend, R, for afternoon tea, who knew nothing of the conversation with J. As is her wont, she had brought some seedlings for me to try my hand at growing. These included six tiny lovage plants, which now sit on my desk, growing (relatively) happily.

This same friend, R, was also the ‘messenger of the gods’ just this last week. As part of my spiritual practice of earth connection, I harvest wild herbs from around my local area, and preserve them, usually by drying. This year, gazing at the expanse of meadowsweet blossoms with their heads of creamy froth, I had a hankering to make cordials; but I had no idea where to go to get bottles, or a funnel and muslin for straining at short enough notice to capture the blossoms before they faded.

On Saturday, for my birthday, R arrived with a lemonade making kit – including bottles, funnel and muslin. Now I have two bottles of meadowsweet cordial and one of honeysuckle cordial resting in my fridge, with nettle and elderflower to come.

And then, there are the times when non-human nature itself is the messenger. A buzzard will fly down onto a post by the house and look at me, then follow me up the track. A tawny owl will fly in front of my face as I watch the moon rise (an unusual event – usually one only sees barn owls and only hears tawny owls).

Or, as happened on Sunday, a mole scrabbles its way across the sitting room floor, as I and my new friend Byron are discussing how connection with inner wildness is one of the many gifts Paganism can bring to political activism. It was a speedy little thing – probably a juvenile female, setting out to find its own territory in which to hunt worms – scurrying to evade capture as we cornered it behind a speaker and gently returned it to its natural habitat.

Occult, mystical, spiritual knowledge is not, for me, primarily a ‘special’ or an impressive thing. It is simply the day to day emergence of uncanny-yet-quite-ordinary events, which over the years of my Pagan practice I have become more and more open to noticing and appreciating.

Interpretation is another matter, one which I often do not even attempt. I simply notice – ah, this is significant – and let my own animal senses and consciousness play with the experience that has come my way. As much as I am an academic, I am clear that not all knowledge is rational, and not all knowledge needs to be understood to be valuable.

If you want to read the chapters along with this blog series, you can buy Seeking the Mystery from Amazon: UK link – USA link – Canada link 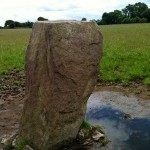 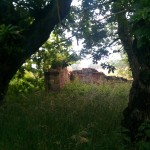