Passing Faith To The Next Generation

Passing Faith To The Next Generation August 6, 2013 Sterling 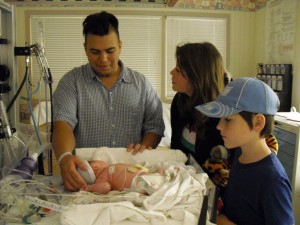 I am an extremely proud mother. My own mother teases that I think that I invented motherhood. I think that my kids are some of the most amazing people in the whole world. Sure, they make mistakes, so do we all. My sense of success as a mother comes not from having passed on any one trait to my kids, but rather that they have managed to grow up into people that I consider friends, people that I would spend time with even if they weren’t my own children.

In my heart of hearts, I believe that my children have grown up to be my friends because I treated them like friends as they were growing. Despite what some people may say, it is possible to be both parent and friend, to delineate clear boundaries, and to stand your ground when needed. I think that the best thing I did for them was to model my imperfection and growth to them, even having long conversations with them at times about why I felt that something I’d done or believed or said was wrong and why I was changing from this point forward. It’s a parenting method that few of my elders or peers agreed with, and I got a whole lot of grief from people telling me that I was doing it wrong.

The hardest thing about raising kids is wondering whether you are messing the whole thing up, but the hardest thing about parenting young adults is that they truly have free will. You can give them advice, but you can’t make them take it. When my kids don’t take my advice and it goes well for them, it’s relatively easy for me to say that I was wrong, and it actually gives me a fair amount of pleasure to be able to say, “I’m so glad that you have the courage to do what you feel is right even when I don’t agree with you.” But when they don’t do what I said and it goes horribly wrong, that is the hardest thing ever.

It is hard not to say, “Why don’t you listen to me?!” and it’s hard not to say, “I told you so!” It’s hard to know how to support them as adults through the consequences of actions that I knew would bring them down a bad road. Sometimes it’s possible to give practical or material help, but sometimes that’s not an option. What I can do is listen, provide safe space, and provide fresh, non-judgemental advice.

Non-judgemental doesn’t mean that I don’t have a judgement. It means that I don’t make that judgement a part of what comes next. What comes next should always be, in my opinion, about finding a way to create healing and growth from whatever has just occurred.

About now you may be wondering what this has to do with raising children with faith. I think that it has everything to do with it.

Just as I can’t tell my adult children which job to take, which person to date, or whether to move to a new city, I can’t tell them what to believe or how to be true to their conscience. Over their lifetimes I’ve always had faith, but that faith has not been static. They have experienced life in a modern Orthodox Jewish community, in Reform and Renewal Jewish communities, and in Druid and more generally eclectic Pagan communities. My eldest two have a Catholic father, and my eldest son married a Catholic woman. They go to church every week. My youngest independently declared himself a Hellenist Pagan at the age of 8 while we were living in Israel. He hasn’t changed his mind about that.

The thing I am proud of is that my children, though their religious practice is different from mine, can all have intelligent and respectful conversations about faith with me. We are still able to teach each other and to strengthen each other along the spiritual paths we walk. That is far more important to me than having them believe exactly what I do.

Perhaps you may think that the only Faith I gave them was agnosticism, and in a sense you would be right. Though I am sure that there are a great number of things that I do know something about, the Universe has far more things that I am completely ignorant about. It is in this lack of knowing that my conversation on faith begins. That lack of knowing is where experience takes hold. This is the Faith that I have given to my children, and I am very proud to say that each of them have embraced it with dignity. 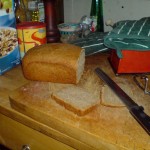 August 9, 2013 A sense of responsibility to place
Recent Comments
0 | Leave a Comment
Browse Our Archives
get the latest from
Pagan
Sign up for our newsletter
POPULAR AT PATHEOS Pagan
1

The 20 Best Books On The...
For Puck’s Sake
Related posts from A Sense of Place