A Pagan Goes To FreezerBurn

This weekend I attended FreezerBurn, one of the regional burns inspired by Burning Man, the annual art event and temporary community held in the Black Rock Desert of Nevada.  The local event I attended was about an hour outside Austin, on a piece of property full of Post Oak and Mesquite, with a little creek meandering along its perimeter, and acre upon acre of ingenious human creativity.

It was my first Burn, but because I know other Burners (what people in the community call themselves, or what others call them) I knew to keep my expectations low and my receptivity  high. I entered the gates and allowed the warmth of the Greeters to wash over me.  Their excitement was infectious, and as I moved through the community, taking in the Theme Camps, offerings, music, art and big smiles, I began to understanding the words of the famous Burner greeting, “Welcome Home!”

As a spiritual practice, self-reliance and self-expression first require knowledge of the Self.  Who is this Self, and what are its capabilities and preferences? To answer these questions requires examination of cultural bias, dogma, and world view; it requires delving into the depths of what and who we are; and importantly, it requires a willingness to let go of anything that no longer serves us.

Many of the things that do not serve me are stories of shame, bias, and separation, that my culture, family of origin, or other influential messengers imprinted onto my Self at some point in my life experience.  The stories may have been of incapability, or an unhealthy codependence on others to meet my needs for safety, acceptance and love.  The stories may have been of preference, subtle shaping of how I perceive others and the world around me.  Examining and letting go of these can feel scary for many reasons.  If all I have ever known or thought about my Self is set aside, what remains?  If long held beliefs and assumptions are removed, what is my foundation?

That’s where the radical inclusion, gifting and immediacy of a Burn event help ease the shock of self-examination.  When you are spontaneously hugged, smiled at, given a gift and told how amazing you are, it’s hard not to feel OK being yourself, even if that Self is newly discovered, still in transition and feeling vulnerable.  Also, being exposed to all those Other newly discovered and expressed Selves is liberating.  Authenticity is wonderfully contagious.

It took me a while to find these parallels while I was at the Burn. The atmosphere is in your face, and confronts you the moment you arrive.  The event is secular, in that, while there is no overtly spiritual focus there is a solid ethic found within the ten principles.  It’s also chaotic, with music, madness and mayhem.  Not everyone is like me; in fact, maybe nobody else is like me.  And that’s the point.  Part of radical inclusion is accepting Other, in all the glorious, messy difference of behavior, belief, expression and appearance.

Human-persons have a natural tendency toward social inclusion, we need it and want it.  One way we attempt to build it, is through mimicry—being ‘like’ other—in this case, our group.  We do this at the micro level with our family, and at the macro level with our spiritual community, work colleagues, and social networks.  At a Burn event, this can be seen in the Sparkle Pony; a term apparently coined by Burners to describe a person who attends events unprepared for radical self-reliance, but who has dressed themselves in what they perceive as the Burner costume.  They are trying to fit-in through mimicry, and commodification, which contradicts the principles I discussed above.

So naturally, the first thing I did when I made the decision to attend FreezerBurn was google “burner clothing”!  I didn’t want to stand out.  As I sat with that, and thought about why I was doing it, I noticed that natural desire we all have to be ‘part of’.  What I was missing, though, was the principle of self-expression.  The major component that enables ‘fitting-in’ at a Burn is found within the ten principles; it’s called ‘participation’.  Burners hold that “transformative change, whether in the individual or in society, can occur only through the medium of deeply personal participation.”  The event strives to achieve Being through Doing, and the result is amazing human creativity: pieces of art that will blow your mind, sumptuous theme camps, delightful gifts offered with love by total strangers, and daring to reveal one’s authentic Self.

It comes back to knowing the Self, and finally learning to rely on that Self while expressing it in a wider world of suffocating globalization, sameness, and homogenization: and that is a liberating, radical idea, no matter your theology!  So, what did I do to fit in and find my place?  I tore through my costume box, putting together combinations I’ve only ever worn for myself, in the privacy of my bedroom, and baked the yummiest sugar cookies ever, to give away to the Strangers I met on the Playa. 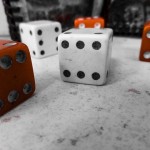 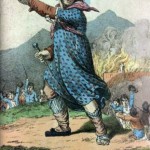