The Witchcraft of Place

Every so often, I teach a workshop I call “Ditch Witch:  Magical Uses of Common Roadside Plants.”  When I first started working on the idea, I sat down and wrote all of the names and uses of plants I could think of, restricting myself to ones you would normally see just walking around.  When I got to twenty-five, I decided I had enough to go on with and started culling it down to the few most useful and common ones, to prevent overload.

It helps that I have the vast well of knowledge that is Southern folk magic (variously called hoodoo, conjure, “granny magic,” or just “tricks,” depending on who and where you are) to draw on, and I live in the exact location where most of that body of knowledge finds its home.  Consequently I find it fairly easy to gather material for spells.  In my own front yard I have violets, plantain, white clover, chickweed, dandelion, blueberry, pansy, thyme, and mint growing, so I am well supplied for luck, love, and protection without going too far. (Also salads).  Within a short walk from my front door, there are blackberries, wild roses, blue flag, sweet gum, pine, oak, mistletoe, coreopsis, red clover, sweet flag, bindweed (aka High John), the occasional snake skin or owl feather, holly, and one of my favorites, poke weed.  So, lots more protection, love, money, jinxing and unjinxing.  There are river cooters and not a few toads around here, should I be so inclined (mostly I prefer to leave them where they are), and fire ants in case I need to run somebody off.  Nearly everything I could possibly need, magically speaking, is within a mile of where I am sitting right now.  I live in a treasure trove built partly of ecology and partly of culture; both the vibrant, complex, living ecosystems of the Southeast, and the slow-built web of knowledge that ties the people to the land.

Here’s where I am going to say something that is likely to offend some people:  To do this magic as I know it fully and well, you have to live here.

Yes, I know that there’s a history of mail-order spiritual supplies, and that a lot of hoodoo is urban (I know two hoodoo shops in downtown Atlanta, Rondo’s and Miller’s Rexall, which are around the corner from one another.  Both have been there for decades).  I know that the tradition itself is peripatetic…some of it came from West Africa, some of it came from Europe, some of it is borrowed from the North American native people.  Urban hoodoo comfortably incorporates “exotic” ingredients because it is a magic born of trade and culture as well as place.  It has evolved over time and will evolve further.  And yet…Here it has settled in and grown roots.  Even the large cities in the South are never too far removed from nearby nature, and people in the South are not quick to abandon old ways. I live a thirty minute drive from Five Points, and the “new” local food movement advocates often find that their elderly neighbors were keeping their own chickens all along.  A real old-school practitioner could and did have access to everything from swamp water to black hen’s eggs, and could walk down the road a piece and gather most of what I’ve mentioned.  And while, yes, you can buy an oil and a candle and follow a recipe, and you may find it effective, there is a limit…a practical, pragmatic limit…on how much you can actually do.  Even if you become proficient and knowledgeable enough to make your own condition oils and incense, there are some things you simply can’t ever have access to because you have to know where it grows and gather it live in order to even use it.   That’s how it is.  And before someone protests that the most common components of “hoodoo” are easily bought and they don’t know what I’m talking about…I will simply say that there’s a reason for that.  Beginning in the early 20th century, some aspects of hoodoo became a business, and you can’t make money off of what is either already growing in someone’s yard or, conversely, not possible to ship anywhere.  But marketability does not correlate to power.  The magic I know mostly isn’t portable or easy to sell, and it is the majority, not the minority, of the tradition.

I don’t see this as a tragedy.  Everyone lives in a place, and each place has its own ecology and specificity, its own spirit, its own power.  Learn those.  That, after all, is what the progenitors of this tradition (and all other permutations of American folk magic) did when they came here from elsewhere.  They brought what they could with them…and what they couldn’t, they improvised.  It need not all be botanicals and critters, either; if someone can look at a can of Red Devil Lye and see protective magic, you can do the same wherever you are.  Look at the people around you, see what they use, what they value, what their symbols are.  Likewise, stop and sit and look at the living non-human community…what your plant, animal, and bird neighbors do, how they live, what their powers and potencies are.  Know the lay of the land, literally, metaphorically, spiritually.  Pay attention.  If you can do that…patiently, and over time…you will wind up with something far more valuable than what can ever be learned from books or correspondence courses, and which can’t be bought in a store.  All true power comes from relationship. 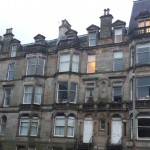 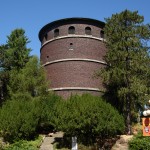