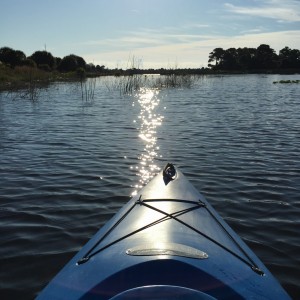 There’s a park near my home that recently opened, 500-plus acres of flatwoods, hammocks, prairie, marsh and swamp. In the middle of the city, it’s an oasis. I’m always on the lookout for these hidden spots, the refuges from the urban and the mundane. A lone bald eagle, too young for its iconic white feathers, is quickly spotted gliding just above the treeline, shortly after we put our kayaks in to paddle the four mile long trail. Herons, egrets and the plaintive American coot are everywhere, sometimes literally a few feet away, hiding amongst the rushes as we glide over bladderwort and the duckweed silently parts for us. It’s also a system on life support. Like most of the wild areas in Florida, they’re managed. The amount of water that the marsh and swamp areas receives is carefully controlled by a system of pumps and locks. Without these, the heart and lungs of this place would seize and the health of the system would dramatically erode. In some ways you could say the patient is in very bad shape.

But look closer and you can see that the patient has been long dead.

Just a few years ago this area was used for agriculture, the swamps were drained and channeled into canals, the land regularly peppered with pesticides. Once upon a time, more than a hundred years ago, it looked similar to how it does now.

During the reclamation process, a lot of the toxic soil that was left over from the agricultural area was dug up and sold to the Solid Waste Authority, to be used in the nearby landfill. At every point of the park you can see it, a soaring grass-covered hill that stands out in sharp contrast to the iconic flatness of South Florida. With a little knowledge of the history of this site, one quickly sees that this site is a modern Frankenstein’s monster. It’s a land manager’s concept of what this place may have looked like using clues from other nearby ecosystems, assembling the different parts together to make a whole.

It’s a system that has died, been reborn, is on life support and is completely managed by man, so what am I finding? When an alligator crashes aggressively down into the bursts of purple pickerel weed and my heart races, that’s what I find. When I discover numerous islands, unreachable by foot, plants, birds, animals and spirits inhabiting them, that’s what I find. These are islands that will likely be very lightly tread upon and they’re five minutes from my home. When I am filled with despair and then see ducks happily chatting each other and eating moss, that’s what I find.

Urban pagans should look to these areas as the staging ground for an unexpected anchor point of our religions and spirituality. These refuges become the spiritual pockets of retreat and they’re everywhere. I find encouragement, even in these manufactured areas because the life that’s there is living and thriving where it wasn’t before.

So, to my fellow urban Pagans, try meditating in an abandoned lot, surrounded by weeds, representing some of the long ignored native species of your environment as cars whip carelessly by. Sanctify, make sacred, the pocket parks and reclaim abandoned land to make your own park. As an ecologically minded person, I feel an imperative to make space for nature to happen. To encourage it to happen everywhere. As a Pagan, I know that doing this, bit by bit helps preserve or even resurrect the gods and goddesses and the spirits of the land.

The revolutionary idea of being in nature in an urban environment is an act of protest in itself. 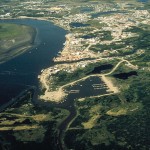 April 6, 2015 Developing a Daily Devotional Practice of Place
Recent Comments
0 | Leave a Comment
Browse Our Archives
Related posts from A Sense of Place