Reliving My Hajj a Year later- Arafat and the Day of Arafah August 20, 2018 Ejaz Naqvi, MD 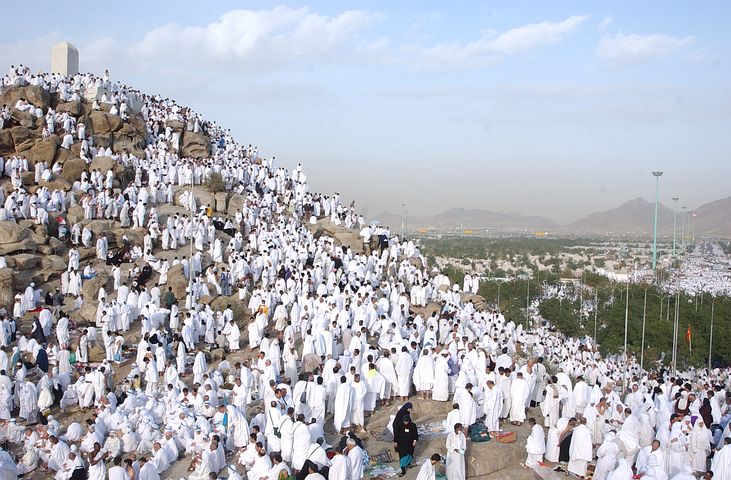 Muslim pilgrims from around the world are currently gathered in a desert plain called Arafat near Mecca. It brings back memories when last year, we spent a day there as an essential part of Hajj pilgrimage. This is the beginning of the 5-day Hajj period that starts in Arafat, leading to Muztalifah where we will spend the night under the sky, then the tent city of Mina, and will culminate in returning to Mecca to perform the farewell Umrah to complete the Hajj. Short videos (under 60 seconds) are shared at the end of the post. If the videos don’t appear ‘professional, its because they are not. Like all other videos on this pilgrimage, these videos were taken ‘live in the moment’, without any scripts, so please excuse my scattered thoughts.

We left the comfort of our hotel (which was a short walking distance to Ka’aba) after evening prayer on the eve of the day of Arafah which falls on the 9th day of the month of Dhul Hijjah. This is considered the first big “test” requiring physical, mental and spiritual endurance. Arafat is about 12 miles from Mecca. But it took us over an hour to get there by bus. That actually was not bad at all, considering that the two million pilgrims were trying to do the same, all within a short time period of time. Many people chose to walk up to the plains of Arafat. We arrived after sunset. The pilgrims were housed in large tents. Our tent had about 100 people. Our 2×6 feet, thin mats were practically lined up next to each other. Even at night, the temperature was in the high 90s. By 9:00 AM the next morning, it was just about 110 degrees. It was by far the hottest day of the trip, when temperatures were reaching close to 115 degrees. On top of it, the air conditioning in our tent was not working properly! Yes, there was cool mist being sprayed outside the tent, but it barely provided any relief from the intense heat. However it all seemed so irrelevant. I think it would be fair to say that we were in a different “zone”.

In fact, all of these discomforts actually made the stay even more memorable.

A short distance from the tents in the plain of Arafat is located the Jabal Al Rahmah, or Mount of Mercy. Prophet Muhammad is said to have delivered his famous last sermon after Hajj from this mountain that is about 230 feet tall. It is also believed to be the place where Adam and Eve met after being expelled from the Garden. They are said to have been searching for each other for 40 years, crying and repenting repeatedly and finally meeting at Jabal Al Rahmah, where God accepted their repentance, therefore the name- Mount of Mercy. A pillar is erected where they met.

It is also said that the plain of Arafah is where the mankind will be gathered on the Day of Judgment. Many pilgrims flock to the small mountain which is practically covered by white dots when viewed from the top ( representing pilgrims wearing white Ihram).

The DAY of Arafah is one of the most sacred day, when the pilgrims spend the entire day in Dhikr (remembrance of God), supplication, and repentance.

Arafah means to gain a deep understanding (Ma`rifah)- cognition of the beginning (of creation), God’s mercy, and the end of all creation; cognition of Prophet Muhammad and the meaning of his message. It is a day of contemplation, standing before God wearing the Ihram, asking for forgiveness, atoning for our sins and thanking God for all the bounties. Many of us also recited supplications between Zuhr (early afternoon) prayer and sunset, as recommended by Imam Hussain, the grandson of Prophet Muhammad, and the 3rd Imam, according to Shia Muslims.

Muslims, who are not there in person at Arafat on the day of Arafah, observe fasting and spend the day in remembrance of God and special supplications for this occasion.

We stayed in Arafat for just over 24 hours. The stay in Arafat is a required ritual during Hajj and our Hajj would not be complete without it.

If the heat of Arafat was thought to be “tough” part of the Hajj, think again. We were being prepared for the next step in Muztalifah, where we would spend a night under the sky. I will cover that part on my next post. Staying practically by the roadside on the foothills, practically laying on a two-inch thick mat turned out to be one of the most memorable part of the pilgrimage.

Here are some of the short videos from Arafat. 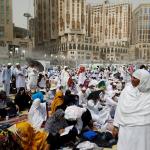 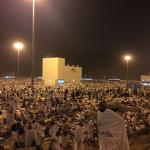