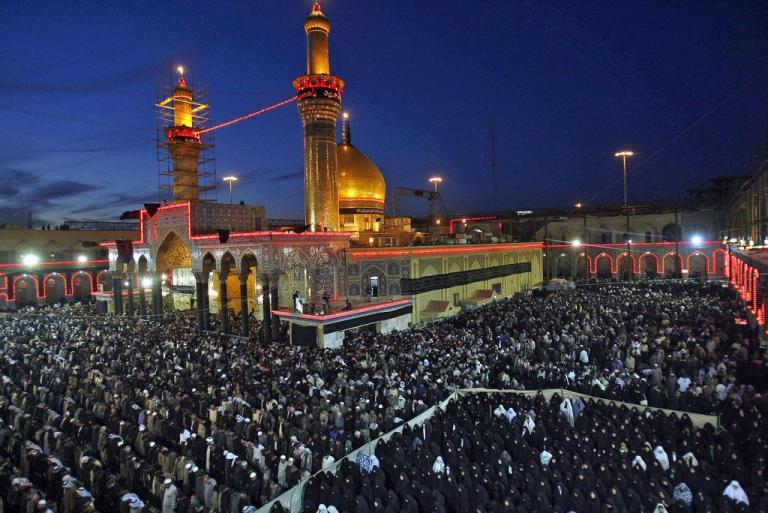 Once again I see “Happy New Year” , or “Happy New (Hijri) Year” greetings all over the social media with the moon sighting for Muharram, the first month of the Islamic calendar and the start of the Islamic Hijri year.  But is the Islamic New Year a cause for celebration or a solemn reminder of an immense tragedy that befell the noble family of Prophet Muhammad in Karbala, and the lessons we learned from their sacrifice?

The Friday sermons and other religious programs do go over the sacred nature of the month of Muharram but almost never mention the tragedy of Karbala. Life goes on “normally”. This is mostly the state of the Sunni Muslim world.

On the other hand, Shia Muslims prepare for a month long (actually longer period) of daily programs commemorating the great sacrifice of Imam Hussain and the noble family of Prophet Muhammad. Muharram is almost synonymous with crying, shedding tears and other rituals to honor the great memory of Ahlul Bayt, People of the House (of Prophet Muhammad).

I continue to question as to why we have seemingly divergent paths in this sacred month. I also note that many, if not all, of Shia gatherings to commemorate tragedy of Karbala are Shia-only gatherings. Sunnis are almost never “invited”. All of this makes me wonder, and I find myself asking these questions:

Did Imam Hussain (also spelled Husayn and Hussein) sacrifice his life and the lives of his noble family for “Shias” only or for “Shia Islam”?

My Sunni brothers and sisters on the other hand, though acknowledging and respecting Imam Hussain’s sacrifice, seem indifferent- at least outwardly.

The Qur’an’s call to Unity

And hold fast, all together, by the rope which Allah (stretches out for you), and be not divided among yourselves; and remember with gratitude Allah’s favor on you; for you were enemies and He joined your hearts in love, so that by His Grace, you became brethren…” 3:103

The lessons of Karbala

The sacrifice at Karbala by  Imam Hussain, the grandson of Prophet Muhammad, and his family and companions against the army of the tyrant ruler Yazid was not meant for Shias only, or even Muslims only. It was a lesson for all of humanity. Through his sacrifice, he taught us how to stand up against tyranny, oppression and injustice.

Imam Hussain (As) witnessed the decline of morality and rise of corruption within the Muslim Ummah when Yazid took over as the Khalifa of the Muslim Ummah just about 50 years after the passing of Prophet Muhammad. Yazid was known for his immorality even back then. Given the high spiritual status of Imam Hussain, he sought his allegiance- essentially an endorsement for his corrupt life style and tyrannical rule.

Refusing to pledge allegiance to a tyrant was an easy choice for Imam Hussain as he stood strong in his convictions and adherence to the Sunnah of his grand father. He would not bow down to Yazid- even if it meant being butchered ruthlessly, and seeing his family- including his young son and the infant son being killed by the Yazid’s army. 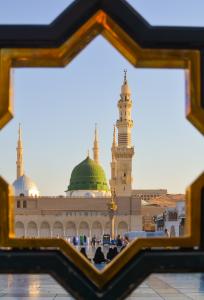 The reward for “it” is a reference to his labor as a messenger of God. As to who the “near relatives” are is explained by Sahih Muslim, which goes on to say that the Prophet reminded his Ummah to hold onto the Holy Qur’an and members of his family. The description makes it clear who did the prophet referred to by “family members”.[1]

Imam Hussein’s brother, Hassan was equally loved by the Prophet, as noted in numerous Islamic history books. It is reported that Prophet Muhammad would prolong his Sajdah (prostration) if Hassan or Hussein(toddlers at the time) would get on his back. In reference to Hassan, Prophet Muhammad had this to say:

• Those who love him, love me, those who are his enemies are my enemies. (Narrated by Abu-Huraira)

I heard Rasulullah (messenger of God) say ‘Verily my son [Hussain] will be killed in a land called Karbala, whoever amongst you is alive at that time must go and help him.[4]

One who fights Hussain, fights the Prophet.[5]

Note that none of the references quoted here are from “Shia” sources, hopefully eliminating any bias Shia scholars and historians may have. In addition to the Hadith, many notable Sunni Muslims have shown their admiration for Imam Hussein and the tragedy at Karbala.

I understand that there are different ways to express mourning and in fact the lessons from the tragedy of Karbala go way beyond mourning. The tragedy of Karbala taught us all that we should not be afraid of speaking the truth, stand up to oppression and tyranny, be steadfast when facing adversity, fight for justice and be kind to everyone including our enemies. Let the tragedy of Karbala and the sacrifice of Imam Hussain be a source for Muslim unity, not division.

One must look past the rites and rituals to see the deeper meaning of the sacrifice. Imam Hussain did not sacrifice his life and the lives of his loved ones to draw focus on to himself. He sought to protect the values of Islam and prevented Islam from getting polluted. It is a time for reflection and reaffirmation of our faith in God and Islamic values and principles.

I am not against the rites and rituals or show one’s emotions, but that show of emotions cannot be at the expense of taking time to ponder over how we must use his example to strengthen our faith in One true God and His message.

Back to celebration vs commemoration question:

Similarly, in America, very few people now celebrate birthdays if they fell on September 11. Why? Because it may have been a joyous occasion before 2001, but since then it has become a solemn day.

If we claim to really love Imam Hussain, just like the Qur’an and our Prophet Muhammad ask us, should the sadness not enter our hearts as we approach the anniversary of his ruthless martyrdom?

Yazid sought to wipe the progeny of Prophet Muhammad out by butchering all the adult males, yet his plans failed miserably as the memory of the tragedy of Karbala remains alive in the hearts of the lovers of Ahlul Bayt. If it wasn’t for the hard work of a small minority of Muslims, and if we continue to be indifferent as we approach Muharram, the sacrifice of Karbala would have been largely forgotten within couple of generations. Do we want to (unintentionally) contribute to the efforts of Yazid by treating Muharram like any other month and pretend nothing happened to the Prophet’s family?

We cannot claim to love Prophet Muhammad and Imam Hussain, and then ‘celebrate’ New Year, rather than commemorate and pay homage to his great sacrifice. The intensity of our commemoration has to match our love for them and the great sacrifice at Karbala.