Note from Angus: Hello, Constant Reader. Its been awhile for the Ask Angus experience and I apologize. I have been busy moving my household, training for my 4th triathlon, and finishing up the always popular Pantheacon 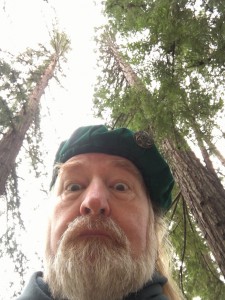 Speaking of Popular: My earnest, hard-working Editor (and Pretty Hair Twin), Jason Mankey, supports me in my effort to dust-off this here blog, and helpfully sent along a list of the most popular search terms here on Patheos.

His meaning, of course, being that I could “generate more traffic” if I could somehow incorporate things like……

See, I COULD do that, and go for the trending eyeballs and so on, but that’s not really what Ask Angus is about. Its about YOU, beautiful, unique, non-trending you, sending me questions, which I then, eventually, answer.

So, this being a partnership ‘tween us, I need your queries. (Address is at the bottom of this post.)

But to re-kickstart this here blog I went back to the empty question barrel and scraped all the weird shit off the bottom.

Here then are the lost emails, the oddballs, the trimmed-off-because-I-suffer-from-mouth-diarrhea, and the WTFs. Enjoy!

Watcher: What is a good latin phrase for meeting another magickian?

which means “Hello, pretentious dead language speaker”. Well…….kinda. Because if you take “salve mortua superbia verbi” and put that back through the translator machine it emerges as “Hail died pride”, which, actually I like even better. So let’s go with that.

Thera: Do you have a secret talent, and what is it?

Mara: Are tarot cards reading done by the help of spirits?

Yes, sometimes. One of the wildest, and most stuffed parties at the recent Pantheacon was “Drunken Divination“, an invitation to which I declined, as I have always felt that one should be at their level best when communicating and working with the cards – the better to serve your petitioner. Oh. Wait. You probably meant “With the help of ghost-type Spirits”.

My experience indicates influence from higher (deeper, outer therer) realms than the nearby levels populated by the spookies. But your mileage may vary.

Hexer: What’s a good spell to use on Trump?

Naaah. Truly crazy people are mostly immune from curses and the like, since they live pretty much in their own little worlds. If I was going to lay the smackdown on anybody it wouldn’t even be the 25.5% of Americans who voted for Commander-in-Cheeto. Rather, my ire would be directed at the 47% who didn’t vote at all.

Bud: Do frogs have ears?

Not external ones. Frogs have ear holes, and – get this – ear lungs. Yes, they can hear with their lungs. Also frogs have an closed air loop system that takes their ear drums ‘offline’ for the second when they are croaking. And considering that some frogs can call at 90db (that’s as loud as a power mower), this is a very handy evolutionary work-around to have.

Ark: Why is there braille on a drive up ATM machine?

Because sometimes the blind person is the only one sober enough to drive.

No! Because its the LAW. Also, a sighted driver might have a blind friend in the back seat. Just pull a little forward and let your friend get some cash and buy you tacos.

No, Thanks. Already got one.

Oh. You probably mean “What is your favorite Planet?” I’ll go with Venus, the ‘Morning Star’, the lovely twin of Earth, the embodiment of all that is lovely and fresh and mysterious and peaceful. You know; the FEMININE planet.

As opposed to Mars, the Dude star, which is harsh and barren and Rocky (and Rocky II) and Metallica and unforgiving.

Ha! Shows you how much we know. The more we find out about mysterious Venus the more it makes Mars look like a walk in the redwoods. The surface of Venus has an atmospheric pressure equivalent to a kilometer down in our oceans, and has crushed probes and landers like empty soda cans.

Its ‘air’ is 96% carbon dioxide (Yes, the ‘Greenhouse Effect’ is a real thing), and the clouds that permanently cover its surface are made of yummy sulphuric acid. Bring your sunblock: The temperature on the surface can reach 788 degrees, Fahrenheit.

The Soviets threw more than 20 landers at Venus during the 60’s and 70’s and they collectively (Ha! Soviet joke!) managed to send back about 6 pictures of the surface before being snuffed out by the Hellish conditions.

But what I really have always adored about Venus is the fact that it is calmly, serenely, eternally spinning in the wrong direction. Just about everything in the known universe spins counter-clockwise, around itself and around its orbit.

But Venus, stately, slow-moving, excellent posture Venus spins resolutely deosil as it makes its way around our sun, utterly baffling Scientists from today all the way back to 2000 B.C., when we first tracked its movements.

(Bonus witchy factoid: The movements of Venus [as viewed from Earth] form a perfect, curly-cued pentagram. [see diagram up there a-ways])

Note: Technically Uranus also spins ‘backwards’, but really its on its side. The rest of our solar system spins like tops: Uranus rolls around the Sun like a marble.

What I like most about Venus is its calm uniqueness. Mars is the planet of Guys and WAR and lookatmelookatme. Venus is like, “Whatever. I’ll just be over here doing my own thing.”

And yeah, it tickles me to bits that places like “Ishtar Terra” “Aphrodite Terra” and “Eve” actually resemble scenes from Dante’s Inferno – if it was staged inside our own stomachs.

Wistful: Who told you they loved you last?

To my knowledge nobody has ever said to me that they loved me last.

P.S. So proud of myself for not making a “Uranas” joke. Strictly the high road around here! 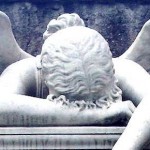 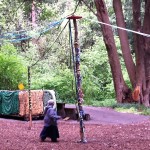 March 25, 2017 Ask Angus #37: Witches Know Differently
Recent Comments
0 | Leave a Comment
"Now I want one of these...😹😹"
Liz Davenport Review: Instant Fortune Teller!
"What we do with it is positive and/or healing, but the possibility always exists to ..."
kyuss, cannabis farmer AskAngus11: Boston Marathon Bombing
"At large group ritual there’s often no place for the musically challenged, and I’m not ..."
kyuss, cannabis farmer AskAngus13: Sad on the sidelines
"The older I get the better I was...."
John Gills Ask Angus #44: The Good Old ..."
Browse Our Archives
get the latest from
Pagan
Sign up for our newsletter
POPULAR AT PATHEOS Pagan
1