On the surface it’s a fair question: What makes witchcraft – witchcraft? Buuuut, peek beneath the rickety, swaying wooden bridge of that supposition and you’ll encounter a host of bottomless pits of pre-conceived notions and individual style.

The problem with occult practices – also the beauty of them – is that they become personalized for each practitioner because one must seek out, discover, define and inhabit the practice that we define for ourselves.

Pagandom is a nation comprised of 100% royalty: Every one of us a sovereign head of State, population: 1.

So, what the question on the table – or swaying, wooden bridge – is asking is what makes witchcraft unique? What is the ‘the-ness’ of the thing?

But that definition is going to be different for every single one of us Heathens, Wiccans, Druids, Polytheists, Decline-to-states, and I’m-offended-that-you-even-glanced-my-way-s.

We might as well sod it, kick-back, pour a big glass of Strawberry Quik and watch the World Cu – oh.

(*sigh) Okay. Let’s see if we can define this big ‘ol bear of a word. Let’s break it down!

Put them altogether they spell W.I.T.C.H.C.R.A.F.T. / and whatever that means to meeeEEEeee…..! 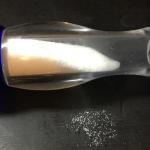 September 22, 2018 Ask Angus #43: Think Positive about Salty Tarot Music
Recent Comments
0 | Leave a Comment
"Now I want one of these...😹😹"
Liz Davenport Review: Instant Fortune Teller!
"What we do with it is positive and/or healing, but the possibility always exists to ..."
kyuss, cannabis farmer AskAngus11: Boston Marathon Bombing
"At large group ritual there’s often no place for the musically challenged, and I’m not ..."
kyuss, cannabis farmer AskAngus13: Sad on the sidelines
"The older I get the better I was...."
John Gills Ask Angus #44: The Good Old ..."
Browse Our Archives
Follow Us!