Our Newest Book Is Here—And You’ll Love the Story of How This Happened!

Today’s the day! We are so excited to announce our latest research-based book!

Jeff and I finally tackled that issue that causes issues in SO many marriages: MONEY. The book is Thriving in Love & Money: 5 Game-Changing Insights about Your Relationship, Your Money, and Yourself—and as many of you might guess, we’re tackling it in a very different way. We don’t discuss budgeting, getting out of debt or money management. Instead, it’s all about how to have a great relationship around money.

Which is really ironic. Because before we started the research, Jeff and I absolutely didn’t.

I have to tell you the crazy, beautiful, miraculous story of how this book came to be, and how Jeff and I started studying this topic that we originally couldn’t even talk about without getting angry.

Three years ago, we had just launched our final research-based book in a multi-book contract, and truly did not know what we should do next. In fact, it was particularly nerve-wracking because not only did we not have any clear direction on whether we should do another research project, we didn’t know how we would pay for it! The publishing economy and business model had dramatically changed since that contract was signed in 2008, and rigorous research is expensive. Our hard costs for a good, basic, two-to-three-year study could easily be $60,000 or $80,000—or a lot more—and now that the contract was completed, we no longer had a clear way to pay those costs.

Were we even supposed to do research and write these books anymore? A bit anguished (Okay, a lot anguished), I started praying for direction. I felt the Lord reassuring me to trust that He wasn’t done with me in writing books to help lives and relationships, but I still didn’t know what to write—or how to pay for it.

Nine days later, I received a call out of the blue from two leaders who worked for Thrivent Financial. They explained that they were a large not-for-profit financial services company with a mission to serve Christians. They said “Money causes so many issues in marriage, but we don’t believe it has to. How would you feel about making this your next research study and book, and us funding it?”

After I hung up the phone, I went into the kitchen where Jeff was making lunch, opened my mouth to tell him what had just happened, and started crying.

But very, very shortly that awe of knowing that God was giving us our next project, changed to a different emotion. I have never stood on the edge of a bridge with a bungee cord tied around me and prepared to dive off, but I imagine that would be just about the same feeling!

You see, for 15 years, Jeff and I had studied so many things about relationships that had helped others—and those revelations helped us at the same time. As we incorporated each of these important attitudes and actions into our own marriage, we had grown so much closer and were generally so happy.

Money was the one big area in our marriage where we were definitely NOT on the same page.

We didn’t really fight about it. We just avoided it. Because when we did try to talk about it, there was defensiveness, irritation, tension or a host of other negative feelings. Even though we technically shared bank accounts, it was a whole lot easier to just do money separately, to keep the peace. It was easier for me to just get huffy when Jeff said “No, let’s not spend that right now,” or for him to get irritated when he discovered yet another Amazon package on our front step.

In general, I felt guilty and he felt annoyed. Yeah. Not a good place to be.

It was so scary to think about diving headlong into this research—knowing that we would suddenly have to talk about it. That we would both have to do something with it. We knew our life would probably change. That this project would change us.

Three years later, we can tell you: It did. And we would never go back.

Because that was the bottom line of what we found: when you have issues around money . . . it’s not about the money. It is about all those other things under the surface. And those you can do something about. Because they are far more important but far more simple than you think.

Three years later, we can tell you: if we can do this, you can do this. Today, we talk (easily!) instead of avoiding money conversations. We know what the other person is thinking, and we address the worry or concern under the surface that, before, we wouldn’t have even known was there. We also know what we, ourselves, are thinking. (Which, I realized, I often didn’t, before!)

It was life-changing. And liberating.

No matter where you are with money, we hope you will get this simple book and share copies with everyone you know.

Money has hurt marriages for too long. It is time for a new way of thinking: that there is a simple, do-able way to thrive in your relationship around money.

Her latest book, Thriving in Love and Money, uncovers the issues that cause money conflicts and provide couples with truths that are relationship game-changers…Because you need a better relationship, not just a better budget. 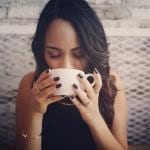 February 28, 2020
Why Do We Buy Into The Superwoman Myth?
Next Post 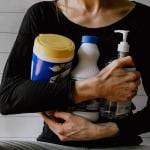 March 13, 2020 Is Coronavirus the Next Y2K Opportunity for the Church?
Recent Comments
0 | Leave a Comment
"unlikely a crossdresser.He likely sacrificed himself to save some close female or his family have ..."
Dragonsunxx The Benefits Of Not Getting Married ..."
"There are many good things in this story👍🏻ip.1GEOGIPHY.COM/wy5347w"
Litrpg101 National Adoption Month and How to ..."
"Looking at it, I remembered one of my favorite comics💖💖G.DAOFI.FUND/lV5347rv"
ResonantIce NO, I DON’T HAVE A MICROPHONE ..."
"I recommend the best one to you. Try this one👍Sh.GEOGIPHY.COM/IO5347yu"
Does Not Open From This Side Are You Lonelier Than You Think?
Browse Our Archives
Related posts from Ask Shaunti